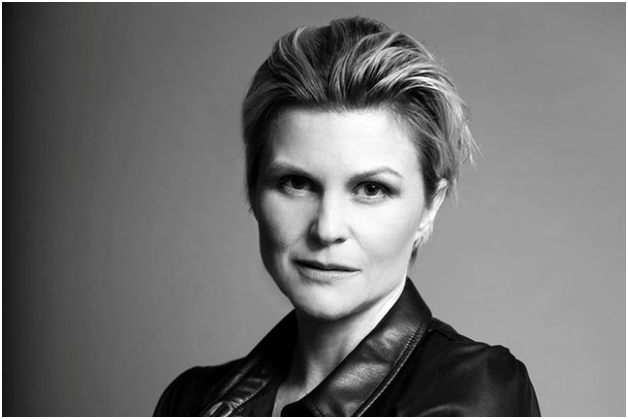 Image credit: frennifer/@Instagram
It might be a little bit premature to say we are entering the golden age of Canadian television, but with the universal success of CBC shows Kim’s Convenience and Schitt’s Creek, it surely feels like it. As Canada continues to prove their viability in the entertainment industry, more and more Canadians are winning prominent roles. We spoke with actress Jennifer Robertson joined Popternative to promote her new Netflix show Ginny & Georgia.

Netflix’s newest show Ginny & Georgia is quickly developing a cult following. The story follows a teenage daughter who is more mature than her mid-30s mother. The interesting dynamic between mother and daughter definitely makes it a bingeworthy show. Despite the story taking place in a New England town, the show was filmed in Toronto, Canada and features plenty of Canadian talent. When that topic was brought up in our interview with Jennifer Robertson, she was quick to point out that there are “a lot of Degrassi faces, including me. I played Cece Goldsworthy on a couple episodes of Degrassi.” Some context for those who don’t know; Degrassi is a very popular show in Canada and several former cast and crew members such as Raymond Ablack are also involved in Ginny & Georgia. Without revealing too much about the show, we wanted to ask her what viewers can expect, “There are so many exciting storylines happening. There’s things happening with the grownups and there’s a lot of complicated teen stuff happening with the younger cast.” To summarize, Jennifer believes that the show can be enjoyed by younger and older audiences.

It would be crazy to pass up on this opportunity to talk to Jennifer about her role as Jocelyn Schitt on Schitt’s Creek. We wanted to know her thoughts on what it was like to play such an iconic role and she responded “It was the best. It was a delight. She was such a cool woman. She was so confident in who she was.” Like many other shows, Schitt’s Creek existed for a few seasons but didn’t reach the masses until becoming available on Netflix. When asked about the show’s unexpected popularity, Robertson had this to say, “You don’t what show people are gonna love and obviously we are all so incredibly grateful that people feel the way they do about the show.” Even before winning an Emmy Award, the reception Schitt’s Creek was getting is astounding. She briefly mentioned that one of her favourite moments was finding out that British actor Sir Patrick Stewart was a fan of the show.

You can watch our full interview with her below! Catch her as Ellen Baker on Ginny & Georgia, streaming now on Netflix.