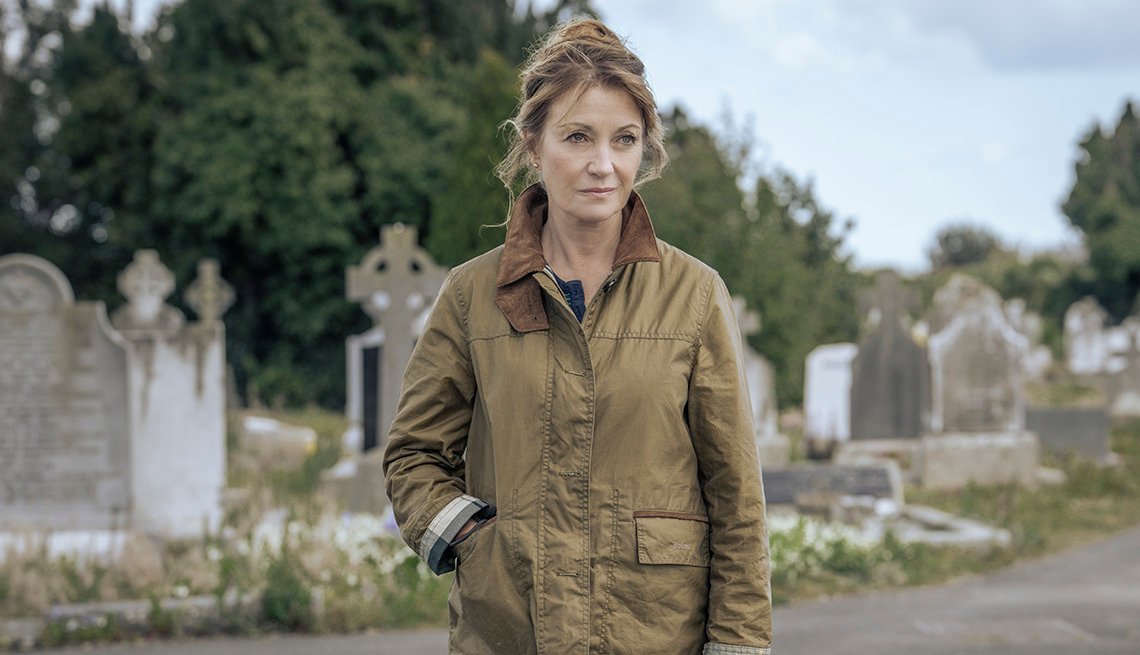 Starring Emmy and Golden Globe-winning actress Jane Seymour (The Kominsky Method, Dr. Quinn Medicine Woman), the new mystery thriller series Harry Wild made its debut with two episodes on Monday, April 4, 2022 on Acorn TV, AMC Networks’ acclaimed streamer devoted to British and international television in the U.S., Canada, UK, Australia and New Zealand. We had the pleasure of speaking with Jane on the Popternative show about her new series and what viewers can expect.

About Harry Wild
As the series’ lead and co-executive producer, Jane Seymour stars as Harriet “Harry” Wild, a retired university literature professor. Jolted from a mugging, she reluctantly agrees to recover in the home of her son, Charlie (Kevin Ryan, Guilt, Copper), a senior police detective. Harry starts to interfere in a particularly bafﬂing murder case Charlie is investigating when she notices the murder shares striking similarities to an obscure Elizabethan play. When her path crosses that of her mugger, Fergus Reid (Rohan Nedd, Whitstable Pearl), Harry sees great potential in the troubled teen and, instead of turning him in, enlists him as her sidekick. Following her successful, albeit ill-advised, involvement in the case, Harry discovers a new lust for life.

Watch the full interview with Jane Seymour below.