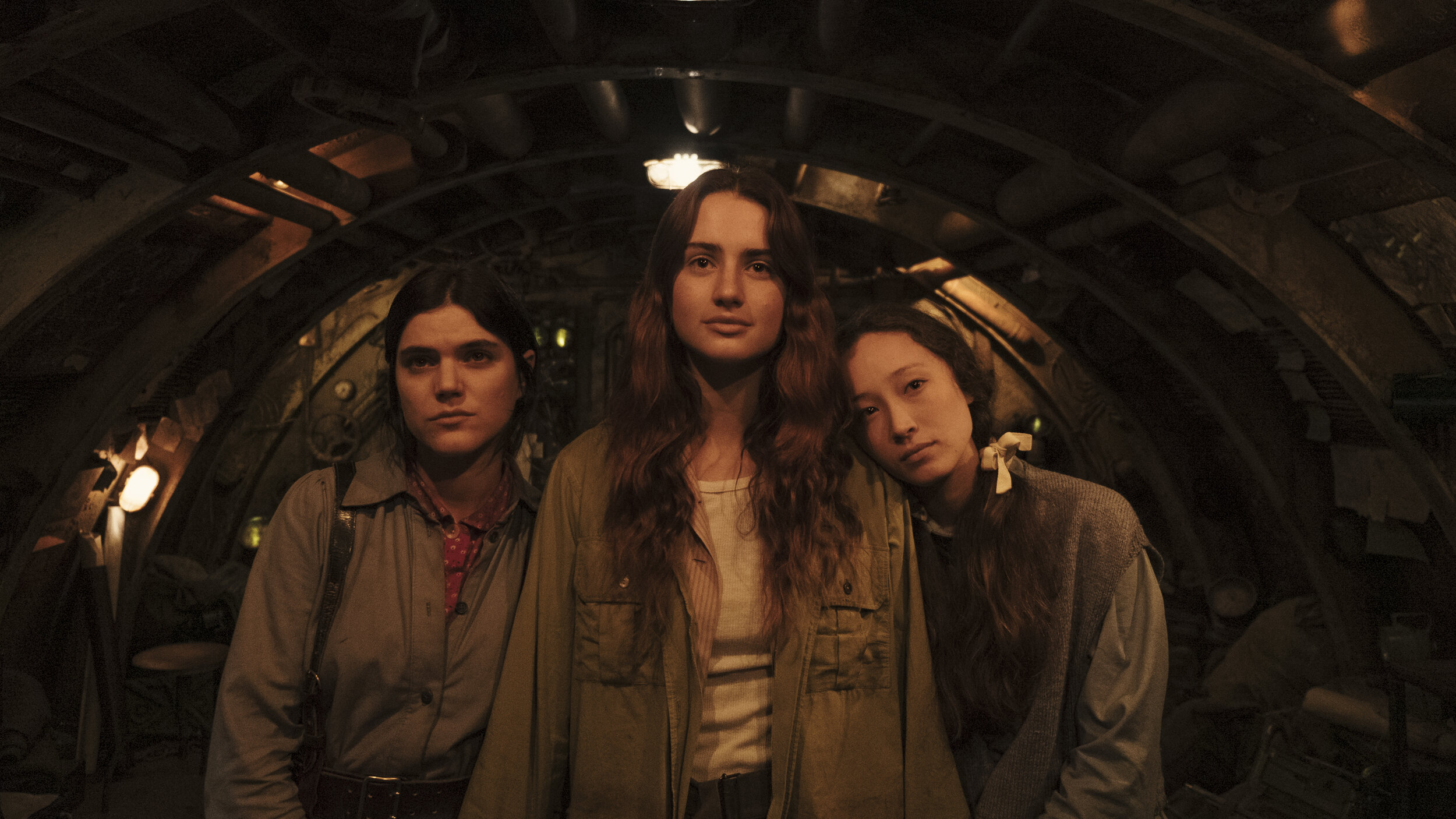 We had the pleasure of talking to the cast and director of the film Mayday, which Magnolia Pictures will release in theaters and on demand on October 1st, 2021. Written and directed by Karen Cinorre, her directorial debut stars Grace Van Patten, Mia Goth, Juliette Lewis, Soko and Havana Rose Liu.

Ana (Grace Van Patten) finds herself transported to a dreamlike and dangerous coastline. Once there, she joins a female army engaged in a never-ending war where the women lure men to their deaths with radio signals, like 20th century sirens. Though Ana finds strength in this exhilarating world, she comes to realize she is not the killer they want her to be.

My favorite part about this script was how how full it was of interpretation and just how much it lends itself to personal interpretation. So I think that when you imagine yourself jumping into a fantasy world like this, you have to be super brave and ready for unknowns – Havana Rose Liu

What comes to me most is that it’s a young woman’s coming of age. And I thought of it as maybe a Wizard of Oz-like journey where she goes through a portal into another place. And the reason for that in this case was that so many women’s coming of age has something to do with violence, unfortunately. And then she had to experience this inner battle within herself to save herself to find a way back to her life. And that was the blueprint. – Karen Cinorre

Soko sees the film as a way for women “to exist and have your strength be out there but also dealing with your past and trauma and coping mechanisms.”

Grace Van Patten describes Mayday as an avenue for hope:

I do think it provides a lot of hope, especially for young women. But also to show that there is life beyond loss and trauma and it’s really hard to see it when you’re in it and you are on your last legs and it seems like the world is crashing down on you. But there’s an ability to reconstruct and rebuild and find that acceptance and also power to move on. And that doesn’t mean that the grief and the loss and the trauma goes away, but it means that you you find the power and the strength to live with it. – Grace Van Patten