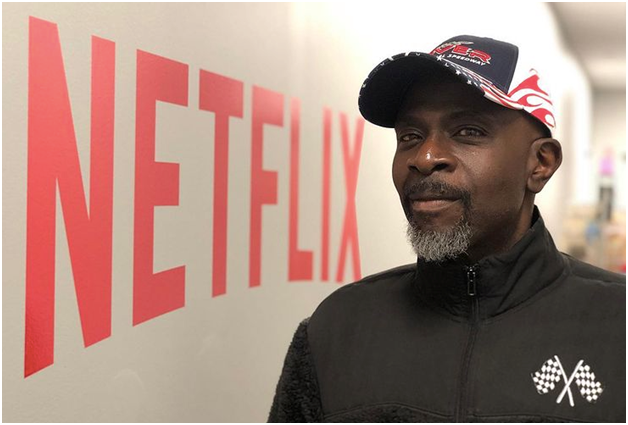 Nowadays, television is full of reboots and adaptations. It is rare to find a show that is original, fresh and has never been done before. When Netflix announced their new show The Crew, it definitely caught people’s attention. The story hilariously follows a crew working in a NASCAR garage starring Kevin James, Jillian Mueller, Freddie Stroma, Dan Ahdoot and Gary Anthony Williams.

The premise combined with great writing and acting makes it a very entertaining show. Sometimes, when a cast has so many talented people in it, it can be difficult for each person to have their moment to shine. That was not the case in The Crew. In our interview with Gary Anthony Williams, he praised his colleague Kevin James, “he’s definitely not afraid of anyone being funnier than him.” Hearing Gary say that helps explain why the show is turning out to be a success. In an environment where funny people have creative freedom, they are more likely to thrive.

The show’s filming process met some challenges and had to stop midway due to the COVID-19 pandemic. During Popternative’s interview with Gary, he added “all of the stuff you see at NASCAR, we were supposed to go shoot live.” Despite how great the final product turned out, the real NASCAR elements would have made the show even more enjoyable.

Being in a Netflix show isn’t the only thing on Gary Anthony Williams’ resume. Not only is he an established actor, but he’s a highly regarded voice actor as well. With voice credits on projects such as Star Wars Clone Wars, Rick & Morty and Mass Effect, his most notable voice is as Uncle Ruckus on the show The Boondocks. Luckily for Popternative fans, there’s a moment in our interview where he brought the iconic voice to life as Uncle Ruckus promoting Netflix’s The Crew.

You can watch the full interview below! Be sure to also check out our interview with Dan Ahdoot, who also stars in The Crew.