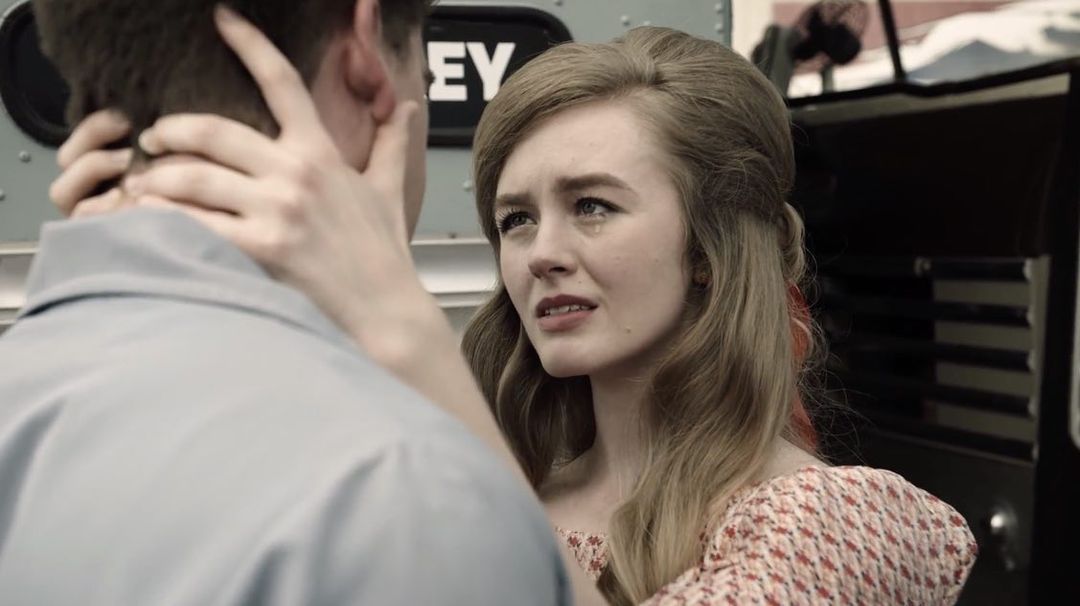 Image credit: Netflix
Ever since Netflix acquired Cobra Kai, the show’s popularity has been rising exponentially. With the show having a rabid fanbase, to be part of the Cobra Kai universe is no small feat. Despite not having a large role in the show, Emily Marie Palmer (the actress who plays Betsy on Cobra Kai) is aware of the show’s magnitude.

Her scenes in Cobra Kai only consist of moments from John Kreese’s flashbacks, but her character Betsy is an integral part of advancing Kreese’s origin story. A fun part of being a fan of Cobra Kai is speculating what will happen next. There are plenty of fan theories out there that suggest that Emily Marie Palmer will reprise her role as Betsy in an even bigger capacity in the upcoming season.

In our interview with Emily (below), she shares one of the more common theories that caught her attention, “I’ve seen people saying, there is a really strong resemblance between Betsy and Tory, and they could be related”. This theory is reasonable, as viewers saw John Kreese sort of became a father figure for Tory in season 3. We’ve seen how the writers of the show like to make things go full circle, so I’ll definitely keep that theory in the back of my head.

Emily also explains how her roots in folk music helped foster her love for storytelling which led to her pursuing acting. She is a very talented singer and songwriter, and her music is available on YouTube and Spotify.

You can watch our full interview below. We hope to see her back for season 4 of Cobra Kai. If you are a Cobra Kai fan, check out our interviews with other cast members here!