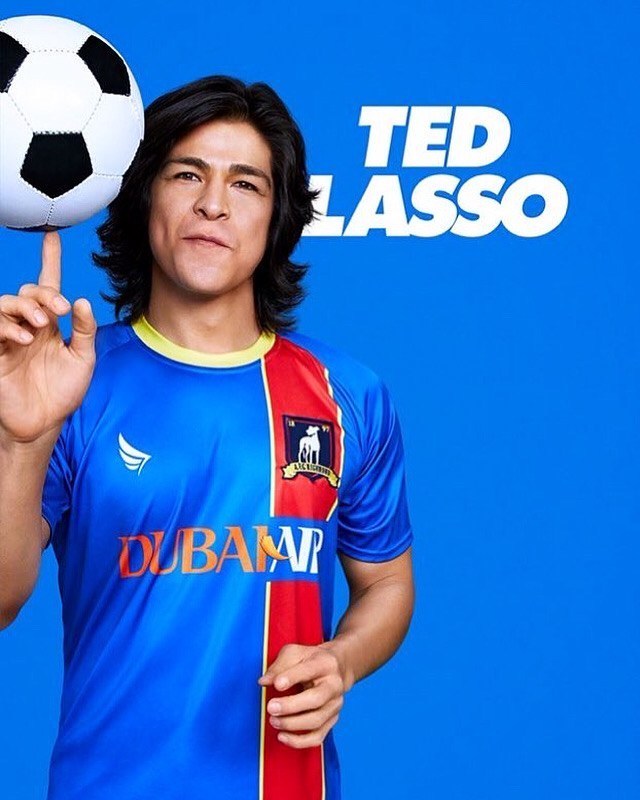 Image credit: cristofernandez.mx/@Instagram
On the surface, Ted Lasso may seem like a show just about soccer (or football, depending on where you are reading this from), but at its core, the show is very rooted in the values of human connections. That’s what makes the show special and enjoyable, even if you aren’t a fan of soccer. By the end of each episode, viewers are normally left with a pleasant feeling inside. Popternative recently had the chance to chat with Ted Lasso’s Cristo Fernández to get a deeper look into what makes the show a feel good experience.

Typically inside a sports locker room, there are a wide variety of personalities and individuals that create interesting dynamics. The AFC Richmond team had party animals, introverts, divas, and bitter old guys. But after enduring several losses, Ted Lasso’s team desperately needed to be injected with energy and positivity. That is when the club AFC Richmond acquired Dani Rojas, played by Mexican actor Cristo Fernández. His radiant smile and finesse with the ball definitely rubbed off on some of his more pessimistic teammates. One of the show’s best catchphrases “Football is life” belongs to Dani Rojas and Cristo Fernández.

In the interview with Popternative, Cristo reveals how he got into acting, how his football background helped him get the role as Dani Roja. When asked about working on set with Jason Sudeikis, Cristo recalled the day of the first table. After Sudeikis introduced himself to Fernández, he replied “Hi, Mr. Jason Sudeikis”. Sudeikis would then explain to him that he can just refer to him as Jason, but he still called him “Mr. Jason Sudeikis” anyway.

Another interesting excerpt from the interview was when Petey Beats pointed out how Dani Rojas’ character is from Mexico, and not Spain or Italy. According to Cristo, the character was originally supposed to be an Icelandic soccer played named “Gunner”, and for a few days, people on set would call him “Gunner” as a joke. Now it is cool to see Dani Rojas have a similar origin as Fernández instead of having the character come from giant soccer countries such as a Spain or Italy, although Mexico is definitely the powerhouse in North & Central America…for now (Let’s go Canada 2026!).

You can watch the full interview below! Be sure to also check out our interview with Kola Bokinni, who plays Issac on Ted Lasso.