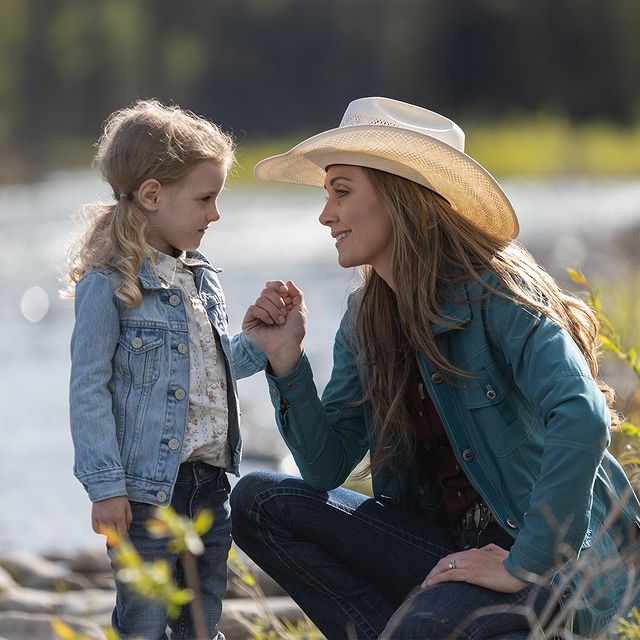 We had the pleasure of speaking with Canadian actress, singer, and equestrian Amber Marshall on the Popternative show about CBC’s hit long-running series Heartland. Season 15 premiered on Sunday, October 17th on CBC and CBC Gem, and episode 1501 was the show’s 225th episode. Amber plays Amy Fleming and has been part of the series since the very beginning (2007). The family-drama follows sisters Amy and Lou Fleming, their grandfather Jack Bartlett, and Ty Borden at their horse ranch in Alberta, Canada. Image credit: CBC

In our interview, Amber discusses what’s it like being part of a series that is going on its 15th season:

This is the show that never ends and we’re all very fortunate of that. When you start a series you expect ‘okay, we’re going to get one, two, maybe three seasons out of this’, but when it keeps renewing every year, you’re just like ‘wow this is incredible’. And I think we reach a point where we don’t even ask anymore. We’re just like ‘okay, hopefully it’s still going to go, we still love doing this show.’ And we’ve all become really close, so it’s like with any job, when you love your job and you love the people you work with, it’s not a job, it’s not work. And that’s what Heartland has become to all of us and I think that is something very rare in this industry. When I speak with my fellow colleagues that are on different shows they say it’s not the same – it’s a very different atmosphere, because Heartland has morphed into its own identity. – Amber Marshall

We also discuss the fans of Heartland from all over the world:

That’s another thing that I love about Heartland. Our fan base is so wholesome, so genuine, so loving, I can’t imagine being on a different show. […] Heartland, because it does demonstrate such a wholesome family environment and good values and morals, the fan base that comes along with it shares those values. – Amber Marshall

Amber then touches on her love for animals, and how she has an Instagram account dedicated to her own farm where she shares daily animal posts.

Those outside of Canada can watch Heartland seasons 1-13 on Netflix.