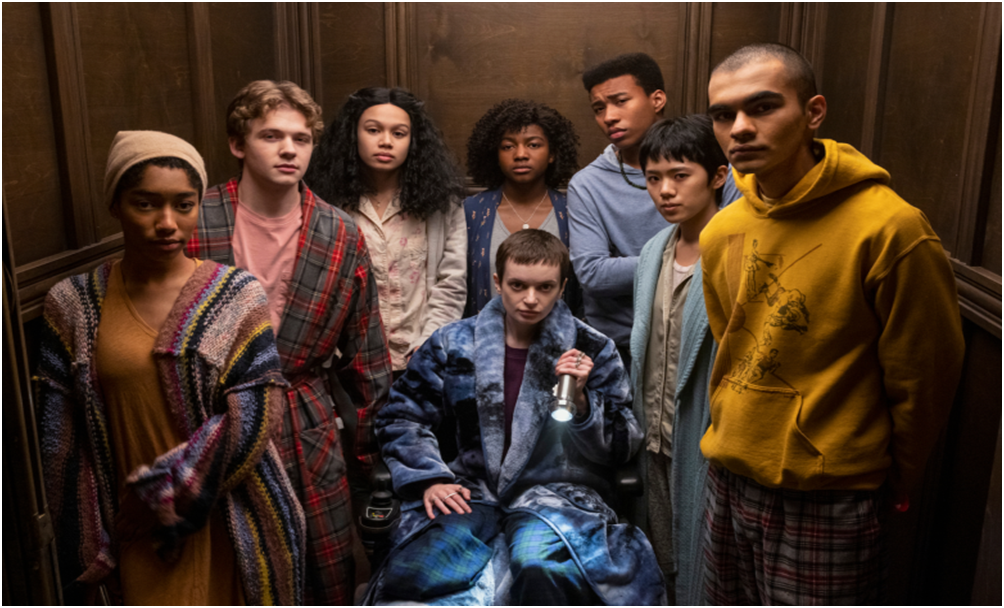 It’s the most wonderful time of the year, and no I’m not talking about the holiday season. It’s Spooky Season, the time of year where lovers of all things that go bump in the night celebrate with an array of creepy and chilling content. Throughout the month of October there are several new releases that will get you in the perfect mood for Halloween.

Here is your Spooky Season watch list of films and TV shows you can watch in the comfort of your home.

Interview with the Vampire (AMC and AMC+) – October 2

Synopsis: “Based on Anne Rice’s iconic novel, follow Louis de Pointe’s epic story of love, blood and the perils of immortality, as told to the journalist Daniel Molloy.”

Synopsis: “After a vintage Chucky doll turns up at a suburban yard sale, an idyllic American town is thrown into chaos as a series of horrifying murders begins to expose the town’s hypocrisies and secrets. Meanwhile, the arrival of enemies and allies from Chucky’s past threatens to expose the truth behind the killings, as well as the demon doll’s untold origins as a seemingly ordinary child who somehow became this notorious monster.”

Synopsis: “When Mr. Harrigan dies, the teen who befriended and did odd jobs for him, puts his smart phone in his pocket before burial and when the lonely youth leaves his dead friend a message, he is shocked to get a return text.”

Synopsis: “In a world populated by beautiful, fit and vain vampires, Reginald tumbles into it as an unlikely hero who will navigate every kind of obstacle and discovers he has a few unrecognized powers of his own.”

Synopsis: “A young woman struggling with addiction comes into possession of an ancient puzzle box, unaware that its purpose is to summon the Cenobites, a group of sadistic supernatural beings from another dimension.”

Synopsis: “The Midnight Club follows a group of five terminally ill patients at Brightcliffe Hospice, who begin to gather together at midnight to share scary stories.”

Synopsis: “A suburban teen girl and her little brother must stop a terrifying internet meme brought to life by the hysteria of their parents.”

Synopsis: “A married couple moving into their dream home is being threatened by terrifying letters from a stalker, signed – “The Watcher.””

Synopsis: “The saga of Michael Myers and Laurie Strode comes to a spine-chilling climax in this final installment of the franchise.”

Synopsis: “Are you ready to solve a mystery? The global phenomenon returns with nine new mysteries in Volume 3. Join the search and perhaps you may be able to help solve a mystery.”

Synopsis: “Afflicted with a mysterious disease after surviving an overdose, a woman returns to her childhood home to confront her personal demons but instead discovers a real one.”

Synopsis: “Guillermo del Toro – the master of horror – presents a collection of unprecedented and genre defining stories that will challenge our traditional notions of horror.”