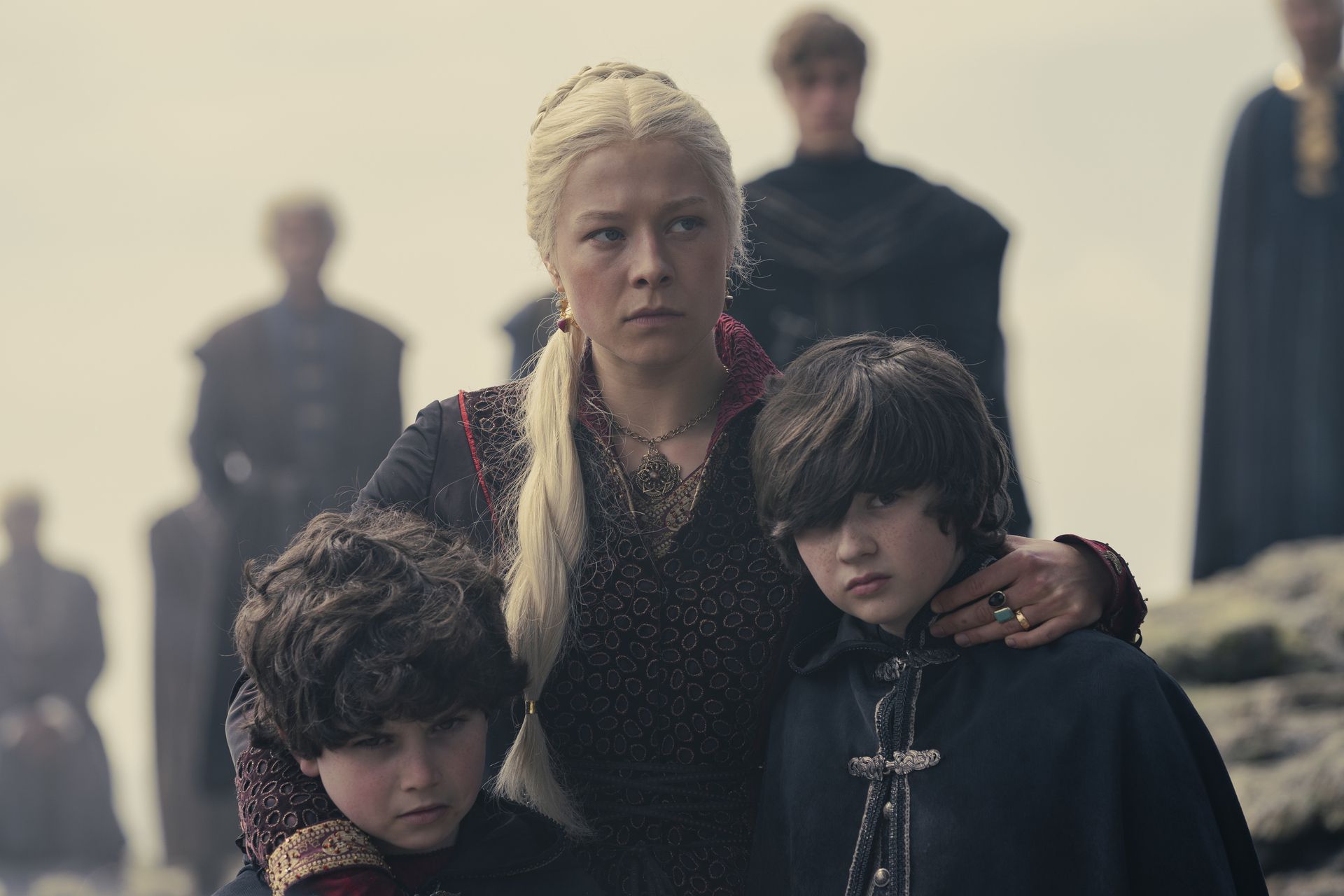 This article contains spoilers about House of The Dragon episode 7

Sunday night’s episode 7 of the first season of HBO‘s Game of Thrones prequel of House of The Dragon was the strongest episode of the season so far. Filled with intensifying drama and LOTS of fighting, the tension between Rhaenyra and Alicent grew even more by the end of the episode.

Family dynamics were the center of this episode titled “Driftmark,” but not only with the adults. The families are gathered for Lady Laena’s funeral and later on in the day, King Viserys and Alicent’s youngest son Aemond decides to claim Laena’s dragon for himself. This angers her daughters who are in the middle of mourning their mother’s death, and Aemond is confronted by Rhaena and Baela (Laena and Daemon’s daughters), and Jace and Luke (Rhaenyra’s sons). Things turn violent very quickly with Aemond viciously punching Rhaena and Baela and attempting to kill Jace.

Luke ends the fight by stabbing Aemond in the eye who ends up losing the eye permanently. The young actors did an incredible job in this intense scene, as well as the scene to follow where King Viserys tries to get to the bottom of the incident. It turns out Aemond is really mean and called Jace and Luke “bastards” which turns into an investigation into where he heard this from (cough *Alicent* cough).

Social media’s reaction to this episode was of course filled with memes and hilarious tweets. Here are some of our favorites.