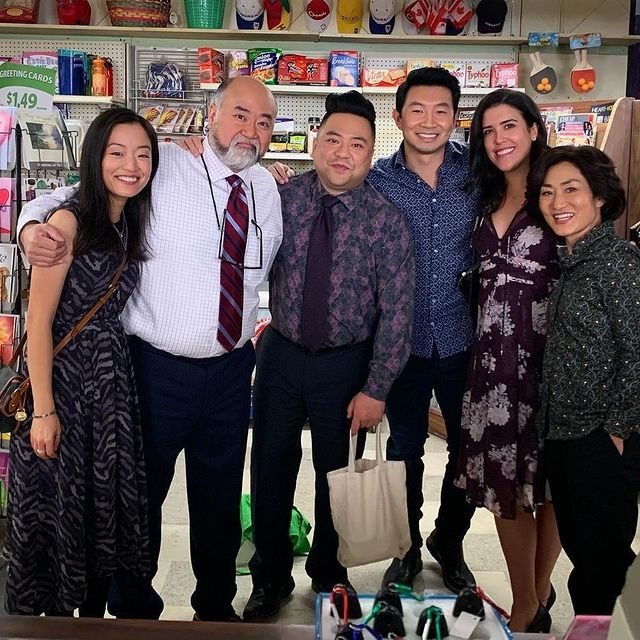 Image credit: kimsconvenience/@Instagram
As Kim’s Convenience begins wrapping up their final season, fans are still struggling to come to terms with the show’s end. After five amazing seasons, the creators felt like it was time to move on. There is still good news for fans of CBC’s hit show however. Recently, CBC Comedy made some big announcements that might appease fans who love Kim’s Convenience.

Twitter was in a frenzy when news came out that a new Kim’s Convenience spinoff is on the way. The new series will have Nicole Power reprise her role as Shannon and is centered around her character’s new career in Hamilton, Ontario. It’s great to finally see Nicole get the chance to be a lead actress on her own show; something she is more than capable of. A lot of credit goes towards those who believe in a spinoff; the loveable Shannon is certainly a character worth tuning into for each week. Hopefully viewers get the chance to see some cameo appearances by the many loveable characters from Kim’s Convenience.

There was also more good news for Kim’s Convenience fans surrounding Andrew Phung, who plays Kimchi on the show. Along with the spinoff announcement, CBC Comedy revealed that production will begin on a series called Run the Burbs, co-created by Andrew Phung who will also be starring in it. The premise of the show follows a stay-at-home dad living in the suburbs with his family. As funny and great an actor he is, Andrew Phung will undoubtedly deliver a great product. More attention should be given to CBC’s streaming platform CBC Gem. Since its inception, the Canadian streaming platform has provided opportunities for Canadian writers and actors like Andrew Phung.

The legacy of Kim’s Convenience won’t be forgotten. For many Asian viewers, it was the first time they saw an authentic and genuine version of Asian representation on TV. Even though the show will largely be remembered as that, its legacy doesn’t only lean on that accomplishment. The show is celebrated because it is universally funny, no matter what lens the story is being told through.

It’s been a cultural phenomenon that isn’t only enjoyed by Canadians. With Netflix making the Kim’s Convenience available on its streaming platform, the show now has a wider audience across the world. The show’s ending has left many fans wanting more. On NBC’s Saturday Night Live, comedian Bowen Yang yelled “Save Kim’s Convenience!” at the end of his segment on the weekend update. His shoutout on American national television has helped create some more momentum for Kim’s Convenience as some fans still hold out hope that show will return.

How do you feel about the show ending? Are you excited for the spinoff? Let us know your thoughts below. Be sure to also check out our interviews with cast members from Kim’s Convenience here.