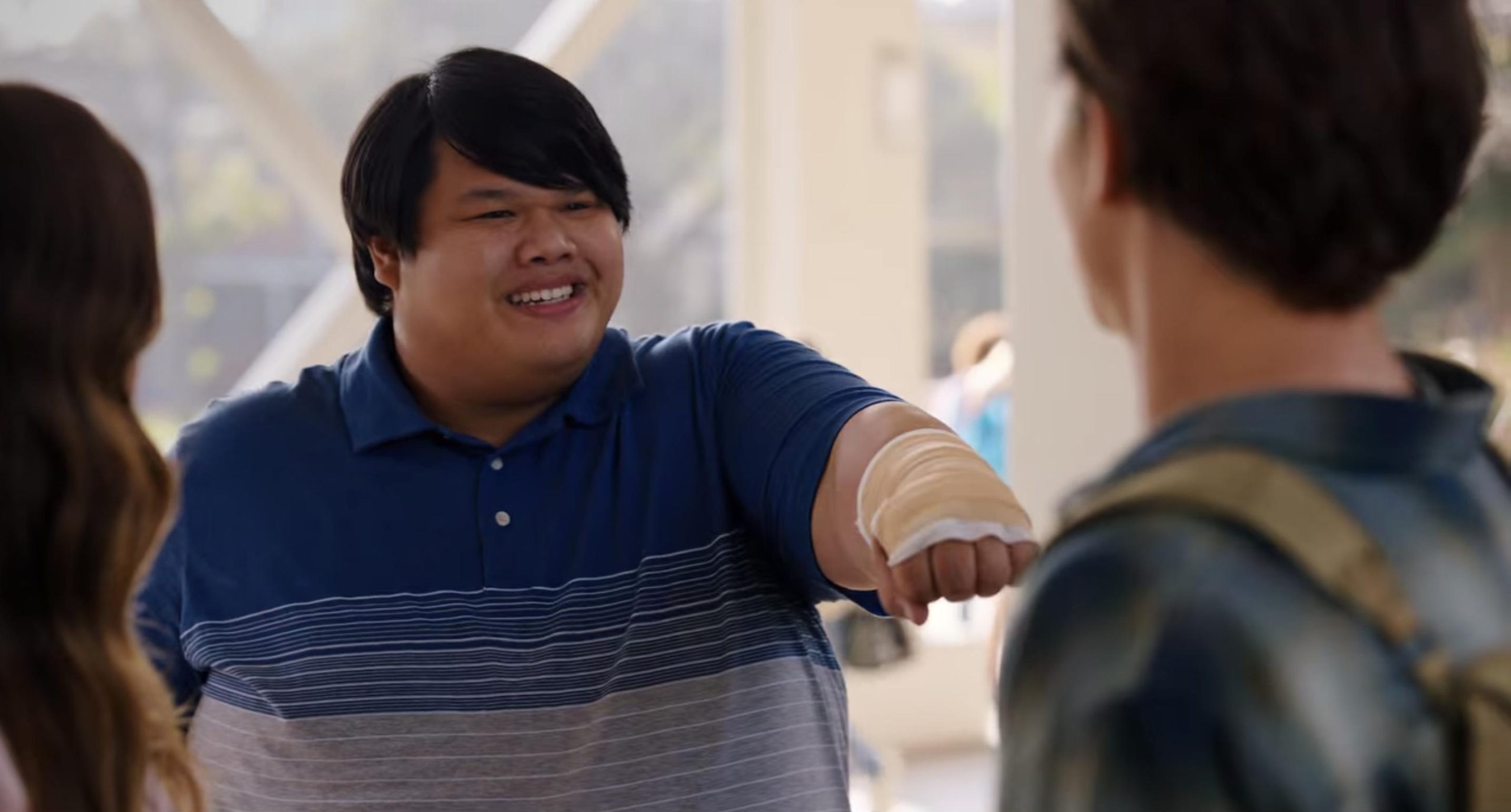 We got to chat all things television with actor Romel De Silva. Romel was most recently in the Netflix film He’s All That, where he portrayed the hilarious and lovable Sebastian Woo. He can also be seen playing Oliver Ramos in the AppleTV+’s series Ghostwriter. We asked Romel about some of his go-to guilty pleasure television series growing up, and he had this to say before getting into his picks:

First off, let me be completely clear that I LOVED these shows! Guilty pleasures are only guilty because you have to defend how awesome they were. Second, yeah, I guess I’m showing my age, but as a millennial, OUR TV AND MOVIES WERE ICONIC.

Romel then dives into his top 5 favorite guilty pleasure series with some amazing descriptions of each one:

The show that immediately comes to mind is ABC’s Teen Angel. POV: It’s Friday night in the late 90’s and ABC has arranged all your favorite shows to one night (pre-DVR and streaming) in a weekly event called TGIF. TGIF had Boy Meets World, Sabrina The Teenage Witch, and Sister, Sister. All great shows. One year they posted the granddaddy of guilty pleasure shows:

Teen Angel was about a teenager named Marty who EATS A SIX MONTH OLD HAMBURGER underneath his best friend’s bed on a dare and DIED. Great premise to a comedy, right? Well this weird dude becomes a Teen Angel and proceeds to help his best friend through high school. I LOVED EVERY MINUTE OF IT.

This was a little bit before my time, but my mom constantly watched the reruns of this show and I was HOOKED. Small Wonder was about a family who had this android robot daughter. No it wasn’t a Black Mirror sci-fi masterpiece. It was an 80’s sitcom. The family would have to constantly make excuses for their secret “adopted” daughter when she was just learning how to be human.

No guilty pleasure list wouldn’t be complete without a cartoon. Let’s talk about Nickelodeon’s Catdog. He was an absolute abomination being born with two heads on either end (WHERE DO THEY POOP?!). Cat was mean, dog was dumb, it was CLASSIC odd couple comedy. But also incredibly weird.

The Osbournes are my reality show pick of guilty pleasures growing up. The Osbournes followed Ozzy Osbourne and his family basically cursing their way through an episode. They were like a live action Addams Family. Every pre-teen wished they could just tell their family to [bleep] right off like they did. There was always chaos in that house.

I don’t know if Family Matters was a guilty pleasure because it is a bit of a national treasure (HA! The Poem King still has it!). The show stars the Winslows and their nerdy, off-the-wall neighbor Steve Urkel. This show was MASTERFUL. Urkel has this incredible, funny performance that can never be recreated. Also, at one point, his genius mind transforms him into STEFAN, a hotter and cooler version of Urkel. CHEF’S KISS