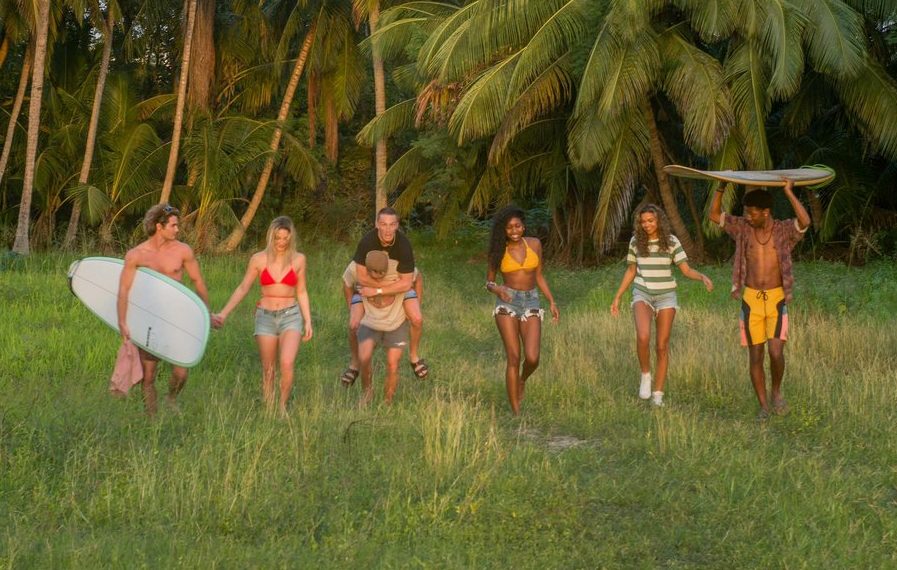 Back in December 2021, it was announced that Netflix’s Outer Banks was renewed for a third season following its successful second season which dropped in July 2021. Since this exciting news, there’s been tons of speculation about when we could expect season 3. There were rumors that season 3 already started filming in January, but today, we got the official confirmation (and new photos!) that Outer Banks season 3 is in production.
Image credit: courtesy of the Outer Banks Instagram account

In an Instagram post (below), the official Outer Banks account posted 2 new photos from set and confirmed that production was officially in process. The photos show Chase Stokes, Madelyn Cline, Rudy Pankow, Drew Starkey, Carlacia Grant, Madison Bailey and Jonathan Daviss on location. In the December renewal announcement, it was also announced that Carlacia Grant had been upped to series regular for season 3.

When can we expect Outer Banks season 3?
The short answer is: we don’t know. BUT, the news that production is now in process does mean that they could potentially have season 3 ready for sometime in 2022. Fingers crossed!

Be sure to check out all of our interviews with Outer Bank cast here.