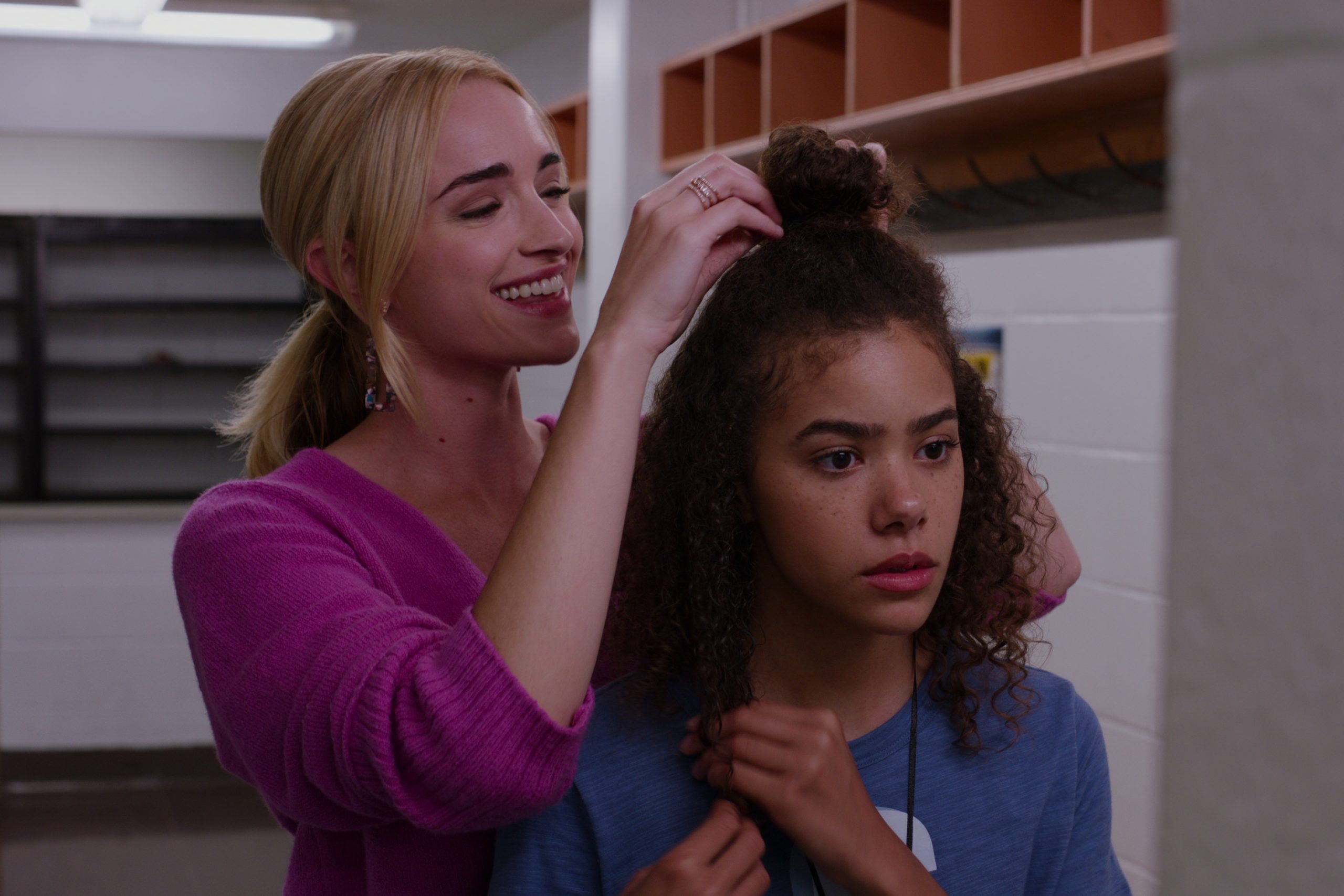 Image credit: Netflix
Netflix have just released their latest series, Ginny & Georgia, today, and all 10 episodes offers viewers a binge-worthy blend of drama, humour and teenage angst. It’s a series packed with nuanced storylines touching on a range of topics.

Angsty and awkward fifteen year old Ginny Miller (Antonia Gentry) often feels she doesn’t measure up to her thirty year old mother, the irresistible and dynamic Georgia Miller (Brianne Howey). Growing up on the move, Georgia desperately wants to put down roots in picturesque New England and give her family something they’ve never had… a normal life. But it’s not all carpool and Kombucha as Georgia’s past follows them to threaten her and her family’s fresh start.

Since the release of the trailer, there have been constant comparisons made to Gilmore Girls. Although both series revolve around a mother-daughter relationship in a small town (the mothers in both series also had daughters as teenagers), Ginny & Georgia is much more fast paced. It also touches on issues like race and teen sex in ways Gilmore Girls didn’t explore. After just the first episode, it becomes evident that the two series are actually quite different.

The Producers’ Vision for the Series

The producers had a specific vision for the series as Debra J. Fisher (The O.C., Criminal Minds) explains, “We wanted Ginny & Georgia to be a fun, feel-good ride about women, by women, for everyone; one that depicted a nuanced and complicated mother-daughter relationship, and layered female friendships in a way that isn’t always seen in shows.”

Anya Adams (Black-ish, The Mindy Project) highlights the importance of having a show centered around female characters, “the opportunity to be part of creating a coming-of-age series with an all-female creative team that is centered on a mixed-race young woman was ultimately the draw for me.” It was important to have the series focus on a racially mixed teenager as Adams further explains “as a young girl, I always wanted to watch a TV show that had a heroine who looked like me, and Ginny (Antonia Gentry) was finally THAT GIRL!“

Fisher nicely sums up the series, “It has drama, mystery, darkness, humor, and living room dance parties. It’s an entertaining, addictive, juicy ride among the intrigue and suspense.”