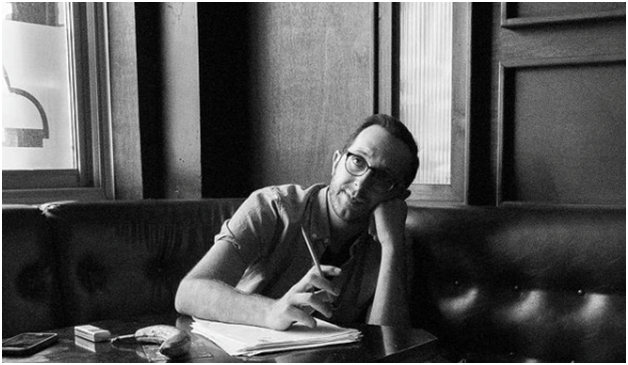 By now, it’s clearly evident that the cast of CBC’s hit show Kim’s Convenience is a collection of very talented individuals. If you are unaware, Simu Liu who plays Jung on Kim’s Convenience will soon make his debut in the Marvel Universe as Shang-Chi, while Paul Sun-Hyung Lee caused a storm on Twitter with his cameos in Disney’s The Mandalorian.

Nonetheless, there is another cast member who is emerging as one of the show’s fan favourites. In typical fashion, Terence, played by actor Michael Musi, has been lurking in the shadows and is now front and center.

It is no accident that fans are now seeing Michael Musi onscreen more. His ability to bring laughter to viewers is a testament to Musi’s acting, and shows the writers’ belief in him to bring Terence to life. There is plenty of risk and uncertainty that comes with filming a TV show during a pandemic, but fans are grateful and pleased with how the new season of Kim’s Convenience has been delivered so far.

Despite the challenges that the pandemic presents, it didn’t affect Michael’s appreciation for being onset, “It’s nothing but pure joy when you’re there and none of that was taken away given the circumstances” and he also added “It didn’t feel less loving, it didn’t less fun, it didn’t feel less warm.” I think he spoke beautifully in his interview with Popternative’s Petey Beats when he said “The only difference is I haven’t seen people’s mouths in two months, but everyone still has kind eyes.” My goal moving forward now is to make sure when I’m wearing a mask, people can see my kind eyes.

As talented as an actor Michael Musi is, it is no surprise to hear that he is involved in some pretty exciting projects in the near future. We’ve seen his comedic side, but in our interview, we took a dive in to explore his darker side. Not only is he a brilliant actor, but his skills also take form as a writer and producer.

First, there is the movie he co-produced, The Toll, which is set to release in March. In addition to this, Michael revealed that he co-wrote and co-produced a new thriller digital series for CBC. It is currently in post-production and people can expect it to be released within the next couple of months.

You can watch the full interview below! Be sure to also check out our interviews with other cast members from Kim’s Convenience.