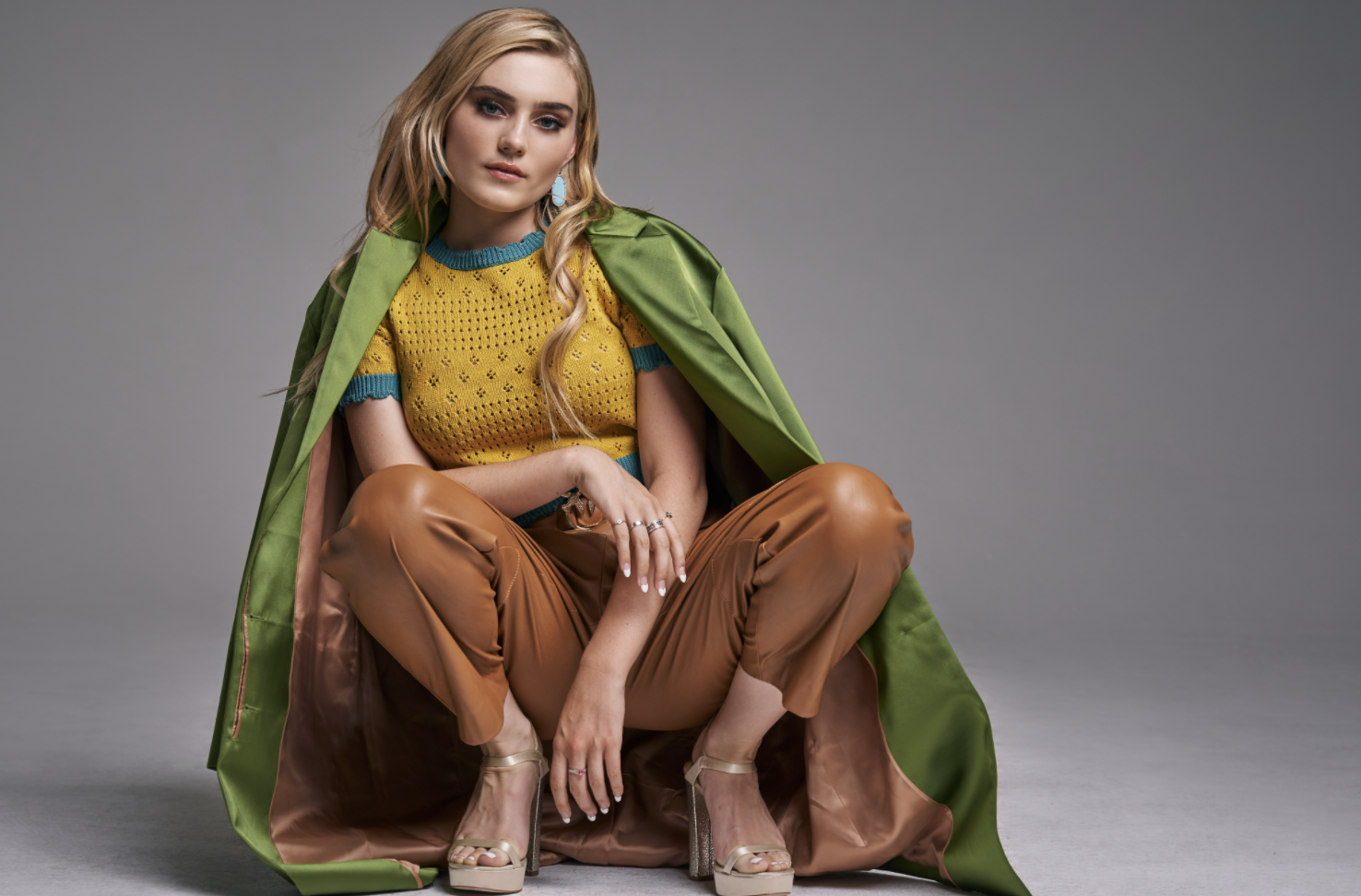 Image credit: The Riker Brothers
In show business, a person who can act, dance and sing is known as a triple threat, which perfectly describes Meg Donnelly. The star of ABC’s American Housewife and Disney’s Zombies recently chatted with our very own Petey Beats.

For five years, American Housewife has been one of ABC’s most watched series. When the sitcom originally debuted, Meg Donnelly was only 15 years old. Now that half a decade has passed, she has grown up alongside the sitcom, “I feel like I’m such a different person than I was back then.” As an only child, she points out that the show taught her what it was also like to grow up with siblings. The family dynamic portrayed on the show resembles the cast’s relationships with each other off camera according to Meg, “we’re such a huge family, and everyone is so close.”

When Disney greenlit the production of a Zombie musical, there is no denying that it would need a triple threat like Meg. The response the film received from fans was something she never anticipated “Milo and I had no idea.” At a meet and greet event after the movie’s initial release, she was astonished to see over 200 people in homemade costumes ready to show their appreciation, “costumes and merch hadn’t even come out yet.”

As a theatre kid, Meg’s dream was to be on Broadway and never expected to be an actress on television. It wasn’t until the producer of the film Zombies invited her to a recording studio that she discovered her lane as a singer-songwriter, “I didn’t know how easy it was to go into a studio and record.” When Meg was younger she would write her own lyrics, and now she is able to use music as another one of her avenues to be a story teller. In her interview with Popternative, she demonstrates her musical knowledge as she discusses artists from across all genres.

You can watch the full interview below! Be sure to check out Meg’s music on Spotify as well.