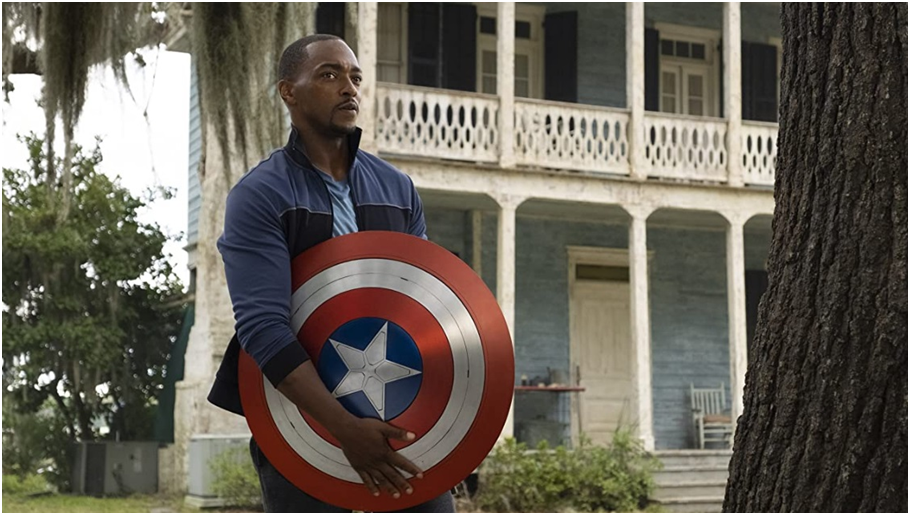 Libras are an air sign of the zodiac meaning they are deemed as very intellectual and communicative. Recognized for their charm, Libras are often known to have well-balanced and extroverted personalities making them loving and romantic people. On the contrary, they can be co-dependent, gullible, and impatient. Libra season runs from September 23 through October 22 and many of your favorite celebrities might fall in that time frame.

Below are 10 movies or TV shows you can stream starring Libra actors.

Anthony Mackie in The Falcon and The Winter Soldier (Disney+)
Birthday: September 23

The unlikely duo The Falcon (Anthony Mackie) and The Winter Soldier (Sebastian Stan) team up to take down the latest big bad in the Marvel Cinematic Universe, MCU. Mackie’s role as Sam Wilson, aka The Falcon, grows immensely in this show leading him to becoming the next Captain America, a role he’ll play for at least two more MCU films.

It’s the horror franchise that keeps going and Jenna Ortega is taking her stab at it. While we anxiously wait for Ortega to portray Wednesday Addams in the Tim Burton Netflix series Wednesday, you can watch her become one of this generations scream queens in the latest installment of Scream.

She’s everyone favorite little sister in Stranger Things and this Halloween you can watch Priah Ferguson take on more than creatures from The Upside Down. In The Curse of Bridge Hollow Priah plays Sydney, a teenage girl “who accidentally releases an ancient and mischievous spirit on Halloween which causes decorations to come alive and wreak havoc.”

Michaela Coel in I May Destroy You (HBO Max) *Trigger warning
Birthday: October 1

In the role that won her an Emmy for Outstanding Writing for a Limited or Anthology Series or Movie, Michaela Coel channeled her real-life sexual assault as inspiration for the series I May Destroy You. In the show “the question of sexual consent in contemporary life and how, in the new landscape of dating and relationships, we make the distinction between liberation and exploitation.”

We all know Noah Schnapp as playing Will Byers in the award-winning global phenomenon Stranger Things, but in Waiting for Anya Schnapp has his time to shine in a leading role as Jo, a young shepherd who helps smuggle Jewish children across the border from southern France into Spain.

Based on the timeless love story by Jane Austen, Dakota Johnson stars as Anne Elliot in Persuasion. Breaking the fourth wall, Johnson’s Anne Elliot narrates, along with living, the tale of lost love getting a second chance in the regency period drama.

The spin-off anthology series American Horror Stories may have many call backs to its successor American Horror Story, but there are episodes that stand alone, case in point Bella Throne’s episode in season 2. In “Drive”, Throne plays Marci, a club girl with a particular appetite for nightlife and the twists in this episode will have guessing until the very end.

When he’s not Lucas Sinclair from Stranger Things fighting Demogorgon in Hawkins, Caleb McLaughlin is riding horses in North Philly as Cole in Concrete Cowboy. Based on the novel ‘Ghetto Cowboy’ by G.Neri, McLaughlin stars opposite Idris Elba in the film about the urban-cowboy subculture in Philadelphia.

When beer and friendship combine you get the epic The Greatest Beer Run Everstarring Zac Efron. Based on a true story, Efron plays Chickie, who in wanting to support his friends in Vietnam does the unthinkable and personally brings them American beer in a life changing journey.

Legacy characters showing up in a franchise is always an exciting thing for fans. When Jeff Goldblum’s Ian Malcolm appeared in Jurassic World: Dominion along with other notable faces from the Jurassic Park films, the excitement went up to another level. Dr. Malcolm, you’ll always be famous!

Who are your favorite Libra actors? Let us know in the comments below.