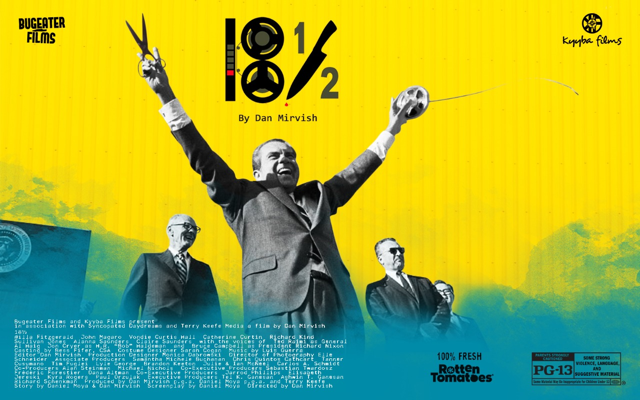 It was recently announced that Kyyba Films producers are currently trying to acquire the movie rights to the story of Cassidy Hutchinson following the successful release of their top-rated 18 ½ Watergate film which was released in June.

Cassidy Hutchinson is the former White House aide as well a former assistant to then Chief of Staff Mark Meadows during the Trump administration. Hutchinson’s surprise testimony on Tuesday, June 28th, 2022 proved strikingly similar to the plot of 18 ½. In fact, dialogue straight out of the movie’s script could make for a perfect tagline: “One young woman in the White House has the power to bring down the President… and the courage to do it.”

Hutchinson’s courage, despite great inherent personal risk, pushed her instantly into the realm of an American hero, testifying to a truth so explosive that it makes Watergate seem tame by comparison. Her willingness to put the greater good of her country before her own welfare is such a compelling story that Ganesan and Kyyba Films want to be the ones to bring it to the world.

“I am so moved by this woman’s bravery, I am compelled to tell her heroic story,” shares Ganesan. “Much like John Dean of the Watergate era, Cassidy introduced an explosive truth, cutting through the lies that led to insurrection. Her name is in the history books now; I want to examine and share the story of how she got here. I feel it is Serendipity leading me to do so!”

18 ½ tells the historic story of the infamous 18½-minute gap in Nixon’s Watergate tapes through the lens of a fictional White House transcriber. Featuring a star-studded cast that includes Willa Fitzgerald (Amazon’s Reacher) and John Magaro (First Cow), the film has screened at over 20 festivals, receiving a rating of 100% from Rotten Tomatoes reviewers.