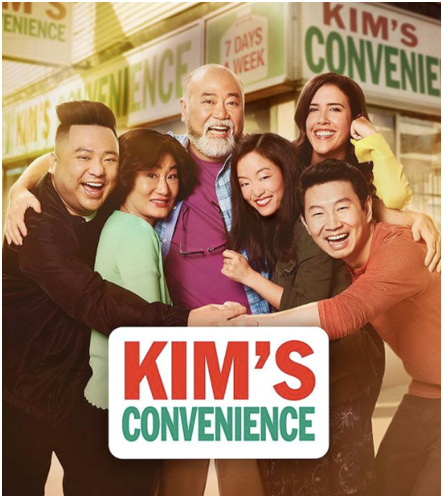 Image credit: Canadian Broadcasting Corp.
We are only a few days away from the Season 5 premiere of Kim’s Convenience! The episodes will begin airing on CBC January 19th and is expected to be released on Netflix by Summer 2021. This will definitely be the most anticipated and biggest season in the show’s existence. The show has been steadily gaining popularity throughout the years. A common reason people fall in love with the show is because it is full with many loveable characters that resonate with the viewers.

This time around though, something feels different. Many Kim’s Convenience followers sense a whole new aura surrounding the show. Why Is that? It’s because two of the show’s actors have been working on some pretty big projects!

In 2019, Simu Liu (who plays Jung) grabbed headlines when he landed a role as the main character in Marvel’s upcoming film Shang-Chi and the Legend of the Ten Rings. In addition to this, Simu Liu is also slated to star alongside Mark Wahlberg in a film called “Arthur the King”.

Appa does The Mandalorian?

Meanwhile, Paul Sun-Hyung Lee (who plays Mr. Kim) had Kim’s Convenience fans cheering when they saw him appear onscreen in a few episodes of The Mandalorian. The lifelong Star Wars fan got to live out his dream when he was chosen to play Carson Teva, a rebel pilot in the latest season of The Mandalorian.

When fans tune in to this new season of Kim’s Convenience, they’ll be viewing the show through a different lens. The show carries a whole lot more weight now since Kim’s Convivence has helped these actors springboard their careers onto even bigger projects. In 2019, CBC network’s other series Schitt’s Creek made history when they won all of the comedy awards at the 72nd Emmy Awards. Canadian television is beginning to be recognized on a global stage and it is not unfathomable to think that Kim’s Convenience can have a similar type of success.

Get ready for Season 5 by watching our interviews with cast members from Kim’s Convenience!