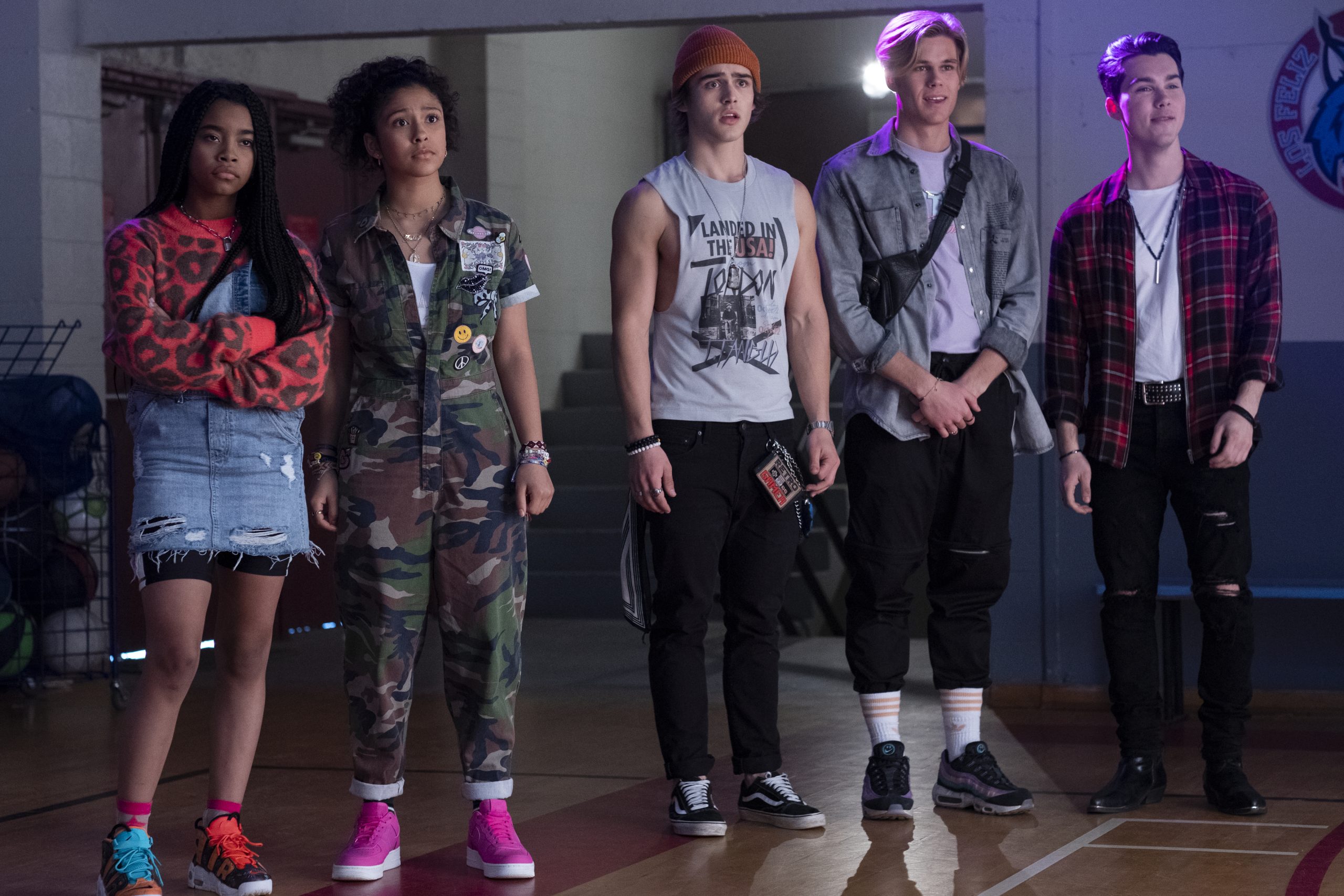 Fans of Netflix’s hit musical-drama Julie and the Phantoms were in for a rude awakening when the streaming platform decided to cancel the series after one season. This weekend, a variety of entertainment outlets and director-producer Kenny Ortega broke the devastating news.

“Our @julieandthephantoms family want to send our love and endless thanks to our Fantoms all over the world for the tremendous outpouring of love and support you have shown us since our premier. We learned this week that Netflix will not be picking us up for another season,” wrote Ortega on his Instagram.

“Although our hearts are saddened, we move on with such pride for what we accomplished as a team and the family we built while creating Julie. We hope you will continue to follow us as we move forward with our work and careers,” he concluded, adding a slideshow of behind-the-scenes images featuring the cast and crew of Julie and the Phantoms.

How did the show’s massive cult-following react to this news? Only with tact and maturity, of course. Kidding! They have amped up their spamming of Netflix’s social media accounts, which has been subtly occuring ever since the show failed to be renewed during the several months immediately following its premiere.

The fandom, dubbed the Fantoms, have been making their anger known through veiled threats of canceling their subscriptions and comments critiquing the streaming service for their adept decision.

How are Julie and the Phantoms fans coping?

Fans of Julie and the Phantoms have not taken well to the news of their beloved show’s cancellation. For good reason, too. Not only was the show critically-acclaimed, but Netflix also waited over a year to announce its cancellation — making fans feel as though they’ve been strung along by the streaming platform, in fear of retaliation.

Many fans are calling Netflix out for cancelling shows that are goodhearted and provide quality representation, especially of the LGBT+ community. One fan tweeted, “Julie and the Phantoms was such a good show about identity and so many people loved it. Seems kinda suspicious that you keep on cancelling shows with good, non toxic queer representation.”

Others have made similar statements, comparing the poorly-received cancellation to Netflix’s treatment of the Canadian series Anne With An E which was cancelled after three seasons. They are also bringing up problematic shows that Netflix has invested in such as the teen drama 13 Reasons Why — a brutal story that has been criticized for its careless depiction of suicide and linked to a real-life correlation showing an increase of suicide rates among minors.

The Fantoms have also taken over Netflix’s Instagram accounts, spamming every post with pleas to “renew JATP”.

Was Netflix in the wrong for canceling Julie and the Phantoms?

While Netflix has their own criteria of things to worry about — such as the longevity of a project, viewership numbers, and profits — there are many solid reasons why Julie and the Phantoms should’ve lived to see another season. Fans have been very vocal about the show’s high-quality representation which includes many POC actors and two queer characters that had an purpose in the show beyond their sexual identity.

Julie and the Phantoms proved to be a progressive watch, centering diverse identities without limiting the characters’ potential in the fantasy genre. The series also holds a 93% average on Rotten Tomatoes, demonstrating that audiences and critics alike both enjoyed the show. Mae Abdulbaki of Pajiba wrote, “Julie and the Phantoms is a nice change of pace from other TV shows,” complimenting the show’s passion and loveable characters. They went on to write, “The cast has indelible chemistry together and the songs are energetic and touching, the story thoughtful and genuine. The series is just so enthusiastically charming and is a joy to watch from beginning to end.”

But perhaps it was that change of pace that set it up for failure. As fans continue to highlight popular shows that Netflix favors, it’s becoming clear that the streaming platform is following a risk-free formula.

Sorry Julie and the Phantoms, looks like you’ll be joining Cowboy Bebop, The Irregulars, and Grand Army in the pile of Netflix shows that never stood a chance.

Julie and the Phantoms season one is currently streaming on Netflix.