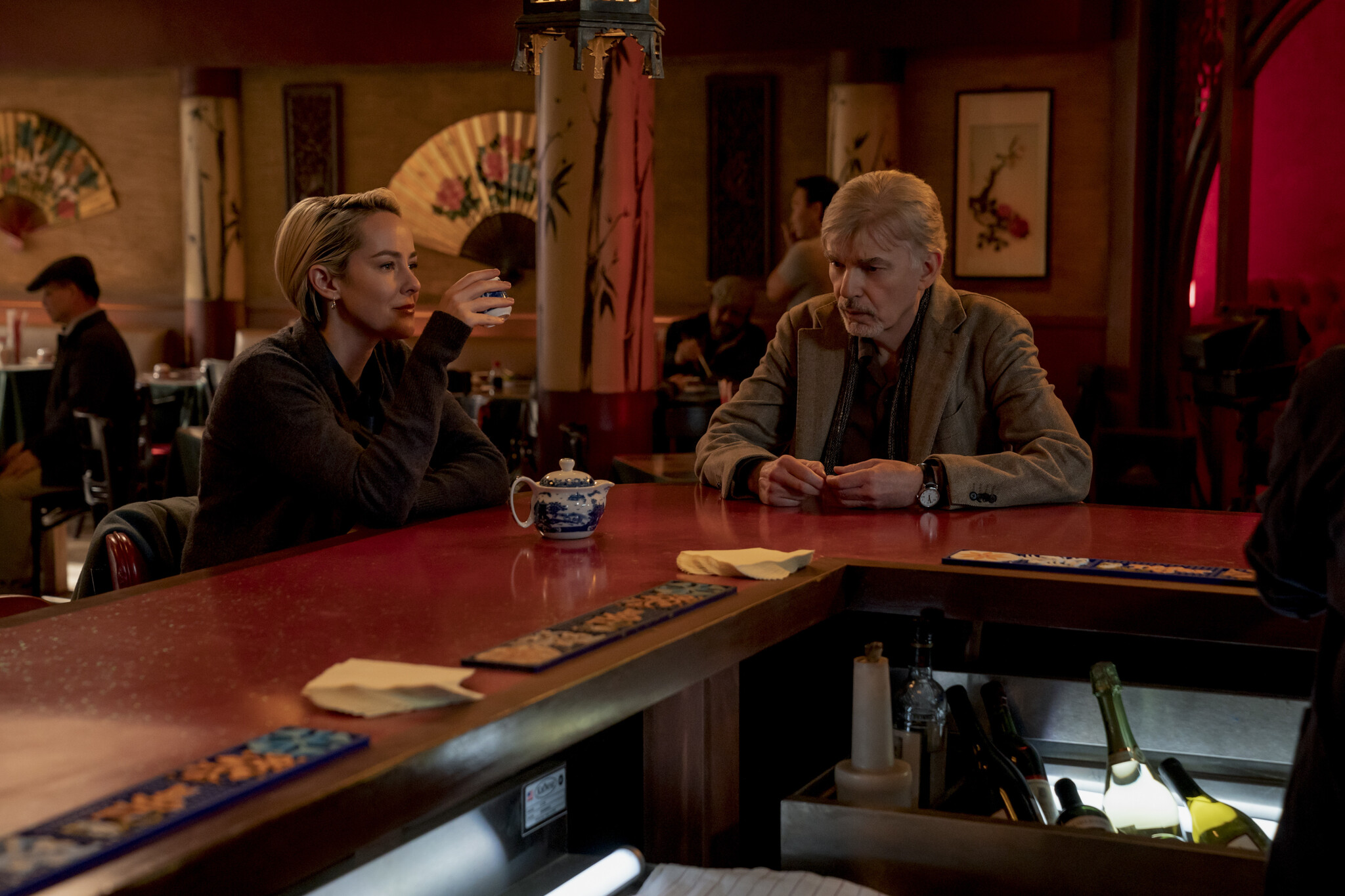 We had the chance to chat with Nina Arianda, Tania Raymonde, Jena Malone and Brandon Scott on the Popternative show about the final season of Goliath which is now available on Amazon Prime.

Tania Raymond stated that there are a lot of emotions right now, but she’s excited for everyone to see this final season of the show:

I’m feeling really nostalgic and sad because I keep getting reminded that this is over. Maybe I’m diluted and in my mind, this wasn’t finished yet. But I suppose I should come to terms with the fact that all good things come to an end you know, but I’m really excited. This is my most favorite season. I think it’s a beautiful finale for this story. And a great send off. And it ticks all the right boxes. I’m really excited for people to see this last year.

Tons of characters in Goliath have a lot of deep character growth season after season which is a popular aspect to the Amazon Prime Show, and Nina Arianda believes this is something we see big time with her character:

I think that this last season really rounds her [Patty] off in a really beautiful way because she really is trying to live in her own abilities and her own talents, and I think it’s going to be very satisfying for the audience.

Jena Malone, who joins the cast this season, states that this was an exciting  opportunity for her and she was ready for the challenge:

I’ve never played a lawyer. So that was fun. I am always looking for new challenges and new things to understand. And I think that the legal system in America is a pretty interesting one to dive into. The pharmaceutical industrial complex is also an another very important thing to know more and deeper in a very personal way. So it felt very important. I felt like there was a lot of things to research and learn about and to get right. I was going to do it the best that I could.

Many people from around the world became a fan of Goliath including Brandon Scott who is just so excited that he was able to join the show after enjoying it before signing on:

I mean I was a fan of the show before becoming part of the show so I think I already knew that, but then reading it, I mean there are multiple times I had to read the script multiple times just to understand because I knew they were complex. So it’s a really exciting season. And the plot in general is again suspenseful and twisty-turny-twisty-yurny in that exciting, engaging way.