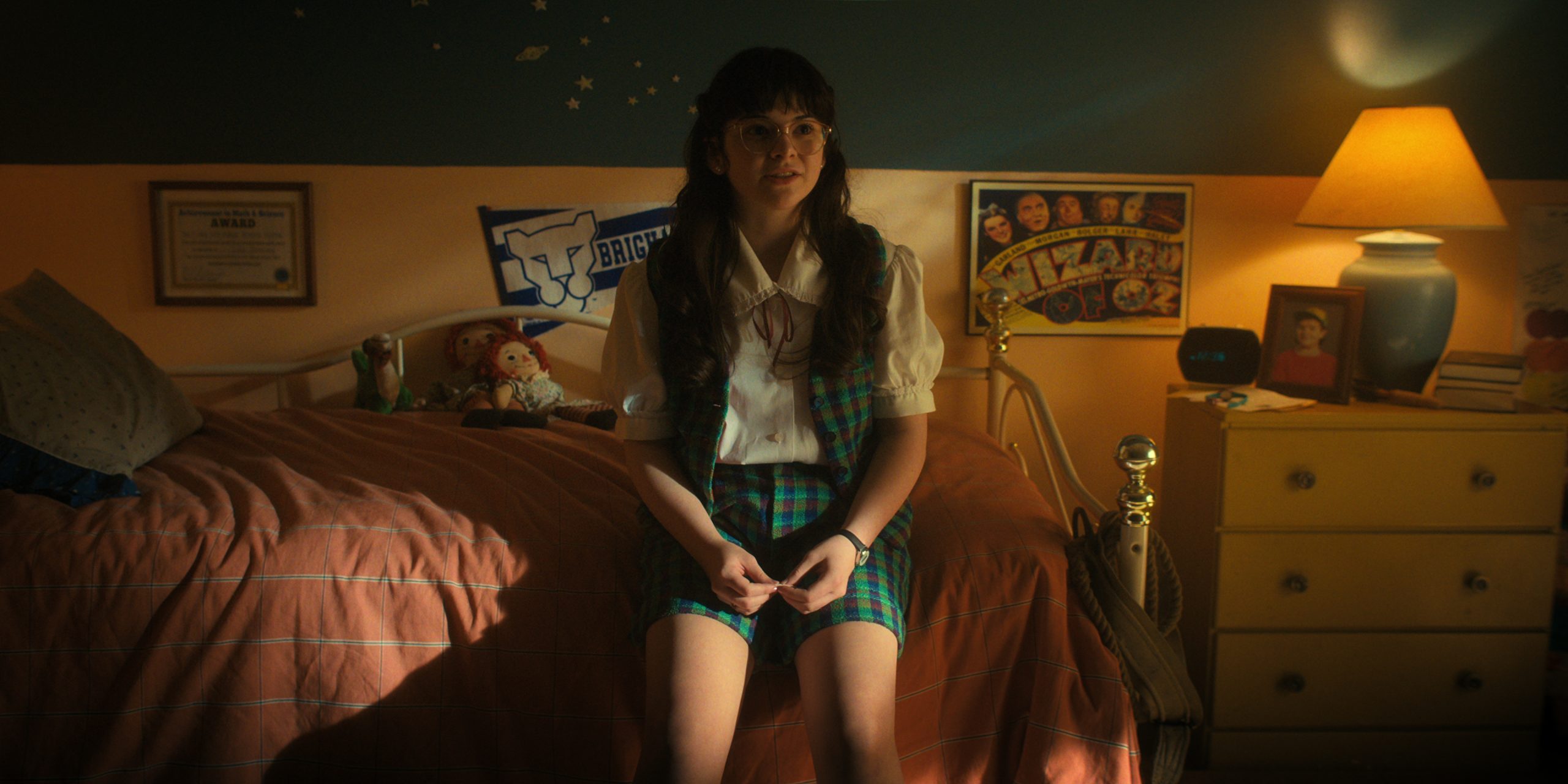 This article contains some spoilers from Stranger Things season 4.
We were joined on the Popternative show by Gabriella Pizzolo who plays Suzie in Netflix’s hit series Stranger Things. Season 4 is split into 2 volumes, and the first volume dropped on May 27, and the second volume will arrive on July 1. After being introduced to Suzie at the end of season 3 with that iconic NeverEnding Story scene, fans were really hoping we would be seeing more of her in season 4.

There was tons of speculation from fans back in March when Netflix released some first images of season 4 that Suzie would be making a comeback – and these speculations turned out to be totally right. In episode 6 of season 4, Mike, Will, Jonathan and newcomer Argyle take a road trip to Salt Lake City, Utah to ask Suzie for her computer help in finding Eleven’s current location. The scene at Suzie’s home was absolutely chaotic and hilarious as we got to meet the rest of her siblings.

In our interview, we asked Gabriella if she had any idea after season 3 that she would be returning to Stranger Things: “I didn’t have any idea that I was going to be coming back, and all of the memes were so funny, and I was, you know because obviously as a teenager, at the time I was still 16, and I was cackling at all of them, but I thought you know there’s no way that I’m going to be coming back because when I first had auditioned, it was for a one time role. And so I immediately was like this is the best thing that could have happened and it’s amazing that it happened one time. And then they ended up having me come back,” she tells us.

She also tells us that the scene at Suzie’s house in season 4 took about a week to film, “I started out on my 18th birthday and we shot the entire day and then they had a party for me afterwards, and it was a secret surprise party […] and suddenly I was doing scenes with people I never thought I’d be doing scenes with like Finn [Wolfhard] and Charlie [Heaton] and Noah [Schnapp], and Eduardo [Franco] who plays Argyle […] and they made it so fun and so special.” We also of course dive into the NeverEnding Story scene from season 3 and how fans have actually sang it to her when she’s out in public.

Watch the full interview with Gabriella Pizzolo below.