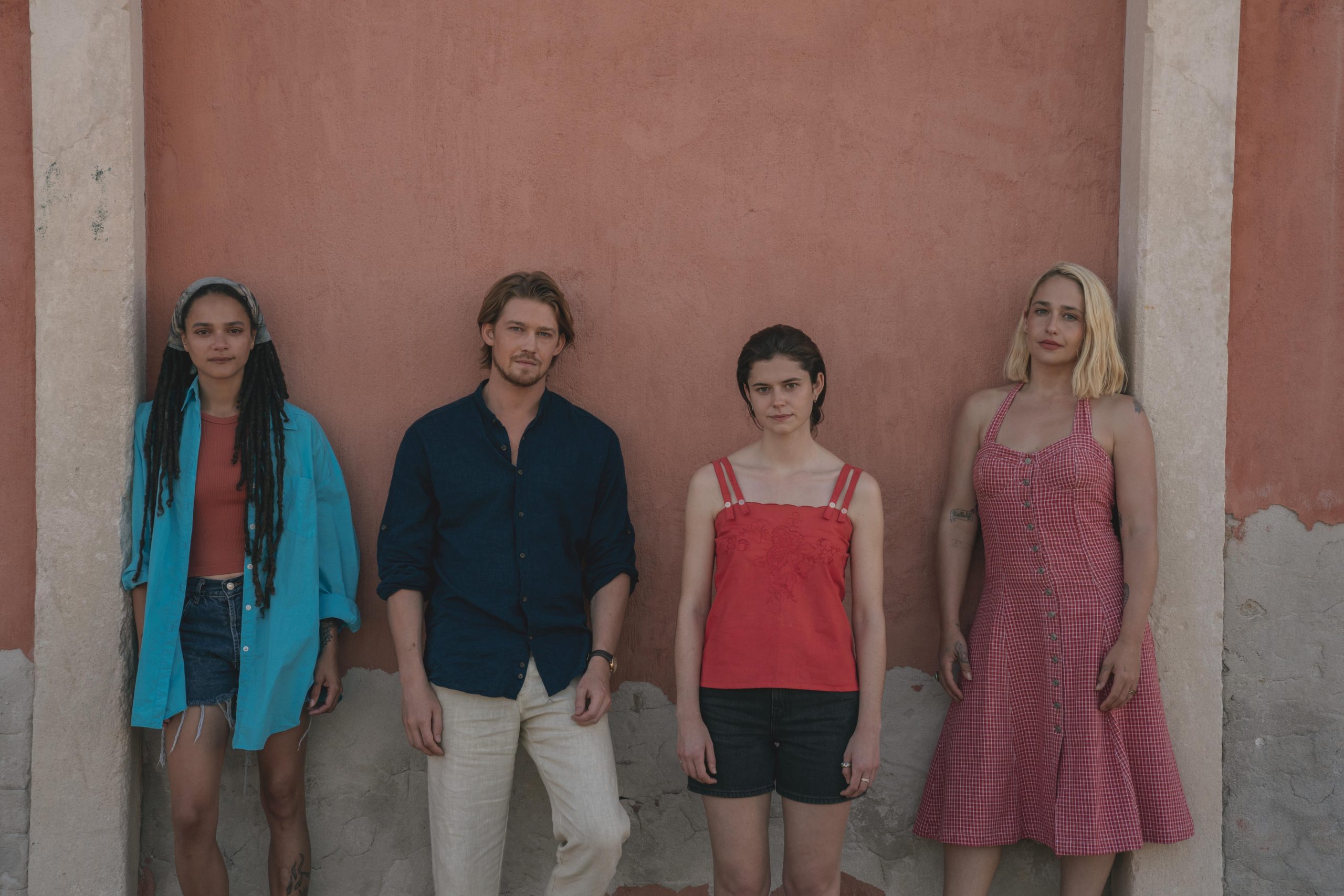 In the early days of covid-19 lockdowns in 2020, Hulu released Normal People, a TV adaptation of Sally Rooney’s novel, and quickly gained critical acclaim on a global scale. Fans were obviously ecstatic when it was announced in 2021 that we would be getting another Rooney TV adaptation; this time with her debut novel Conversations with Friends. The 12-epsiode mini series will premiere on Sunday May 15 on Hulu and stars Alison Oliver, who makes her on-screen debut, Joe Alwyn (Billy Lynn’s Long Halftime Walk, The Favourite), Sasha Lane (American Honey, Loki) and Jemima Kirke (Girls, Sex Education).

Conversations with Friends follows 21 year old college student Frances (Alison Oliver) as she navigates a series of relationships that force her to confront her own vulnerabilities for the first time. Her ex-girlfriend, now best friend, Bobbi (Sasha Lane) is self-assured, outspoken and compelling. Though they broke up three years ago, Frances and Bobbi are virtually inseparable and perform spoken word poetry together in Dublin.

It’s at one of their shows that they meet Melissa (Jemima Kirke), an older writer, who is fascinated by the pair. Bobbi and Frances start to spend time with Melissa and her husband, Nick (Joe Alwyn), a handsome but reserved actor. While Melissa and Bobbi flirt with each other openly, Nick and Frances embark on an intense secret affair that is surprising to them both.

We were joined on the Popternative show by the four stars of the series, Alison Oliver, Joe Alwyn, Jemima Kirke and Sasha Lane to discuss their characters and the complexities behind them.

Watch our spoiler-free interviews below.

All 12 episodes of Conversations with Friends will drop on Hulu on May 15, 2022.