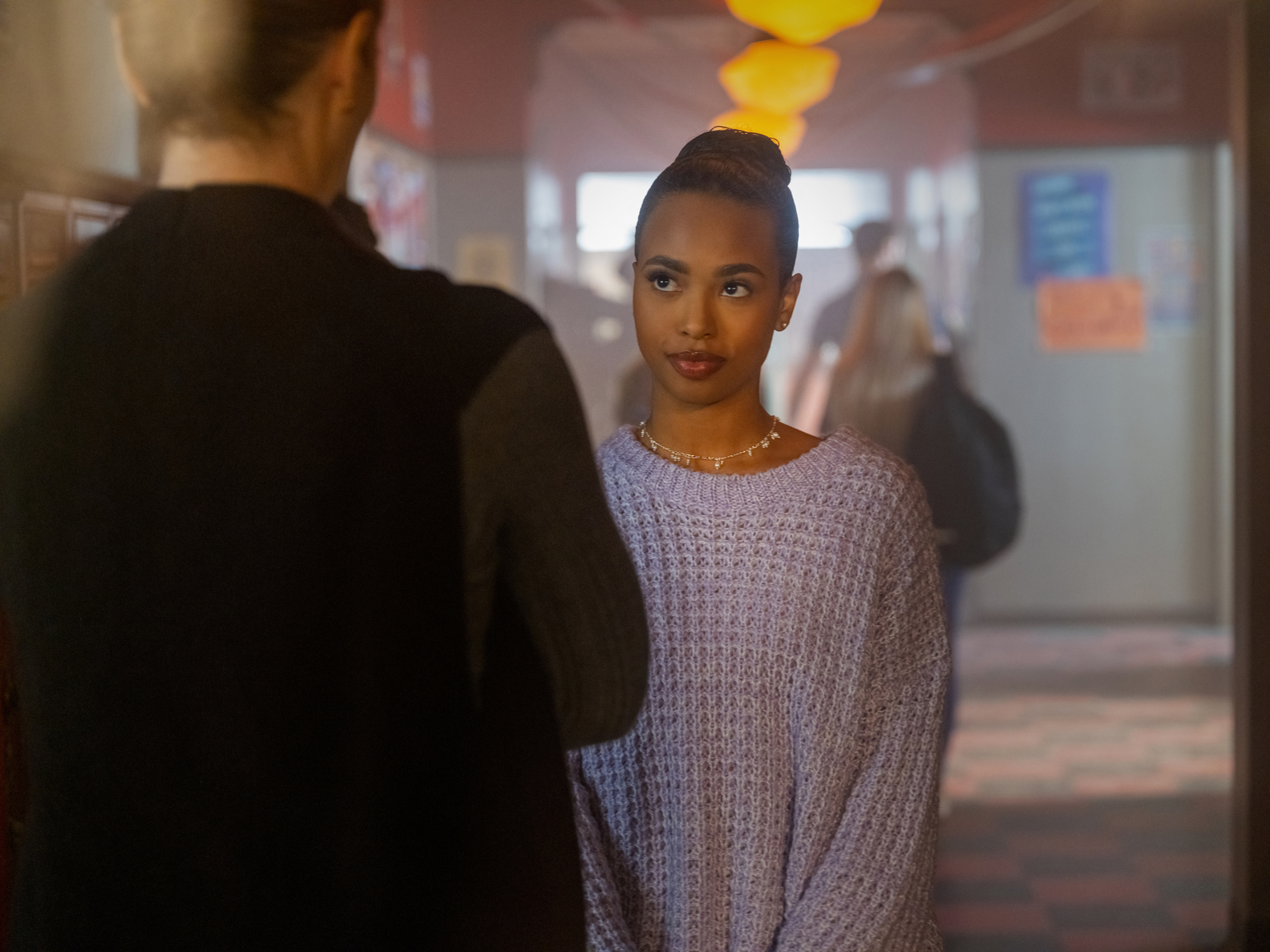 We were joined on the Popternative show by Zaria who stars as Faran Bryant in the new series Pretty Little Liars: Original Sin which premiered on July 28 on HBO Max. A spin-off of the popular Pretty Little Liars series which ran from 2010-2017, this new series brings us to a brand new town, Milwood, ” a brand-new town, with a new generation of Little Liars.”

Pretty Little Liars: Original Sin Logline
Twenty years ago, a series of tragic events almost ripped the blue-collar town of Millwood apart. Now, in present day, a disparate group of teen girls — a brand-new set of Little Liars — find themselves tormented by an unknown Assailant and made to pay for the secret sin committed by their parents two decades ago…as well as their own. In the dark, coming-of-age, horror-tinged drama PRETTY LITTLE LIARS: ORIGINAL SIN, we find ourselves miles away from Rosewood, but within the existing Pretty Little Liars universe.

Zaria stars as one of the new ‘liars’ alongside Bailee Madison, Chandler Kinney, Malia Pyles, and Maia Reficco, and the series also stars Mallory Bechtel, Sharon Leal, Elena Goode, Lea Salonga, Eric Johnson and Alex Aiono. In our interview with Zaria, we asked her all about joining a spin-off of such a popular series, which character(s) she auditioned for and lots more.

Watch the full interview with Zaria below.

PLL: Original Sin premiered on July 28 on HBO Max with 3 episodes, and 2 new episodes will follow on August 4 and 11, with the final 3 episodes debuting August 18.