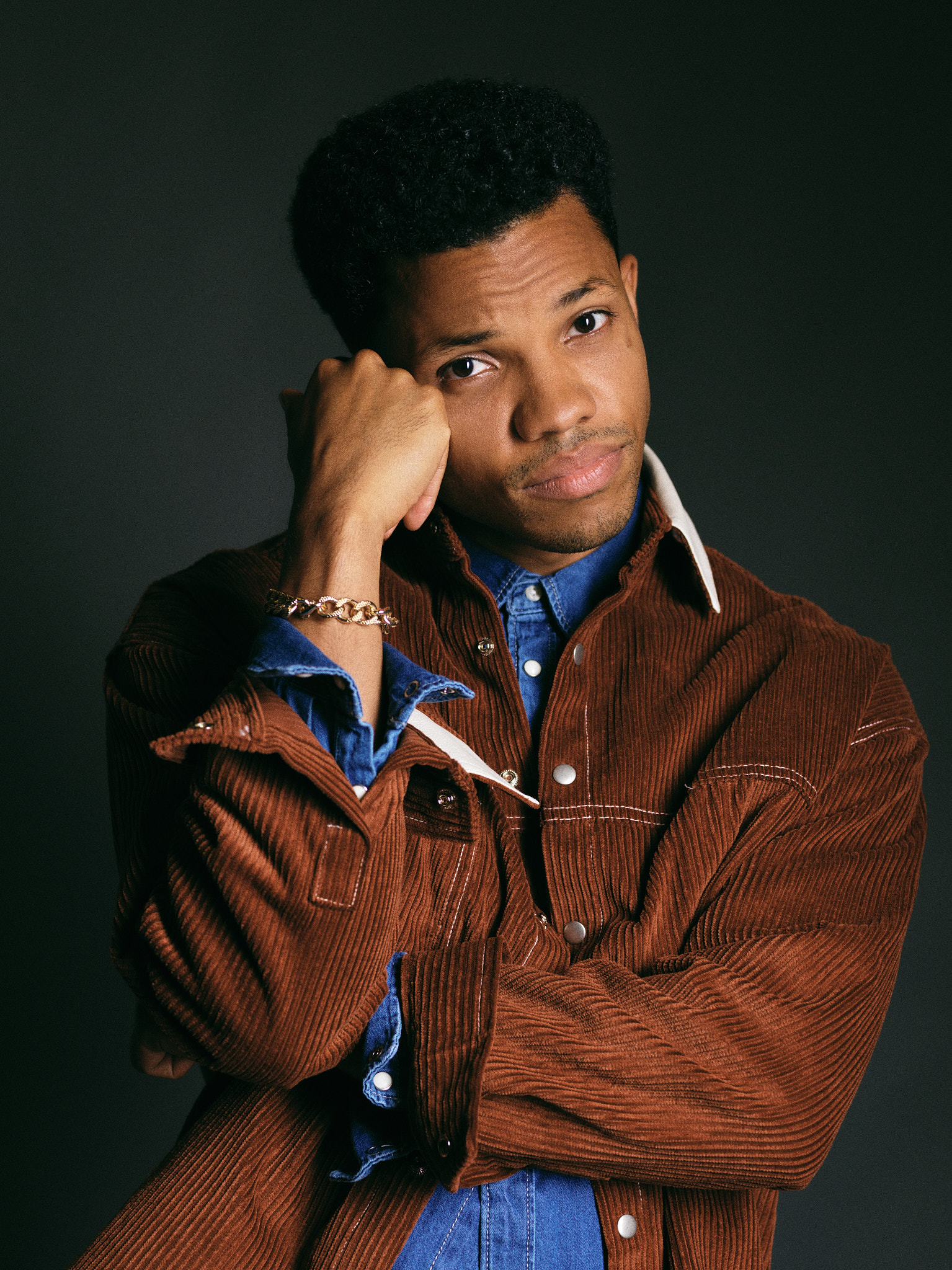 We chatted with Scottish actor Tunji Kasim who currently plays Ned ‘Nick’ Nickerson in The CW series Nancy Drew. Season 3 recently premiered on October 8, 2021. We ask Tunji all about his Nancy Drew character, how he got into acting, and tons more. Check it out below!

When did you decide that storytelling and acting was something that you wanted to pursue?

TK: Relatively late in my life, I suppose. When I was 17 and finishing secondary school going into university, I had to decide what I wanted to do and I didn’t really have my heart set on being an actor. Actually when it came to finishing secondary school, it was between computing science or acting. And I chose acting. I applied for drama school, the Royal Scottish Academy of Music and Drama in Glasgow, Scotland. I got in and did a three year acting course there. And then started working in London right after, doing predominant theatre, some TV, but predominantly theatre. There was just as a magic about theatre, in particular that fascinated me.

It really is special and unique and can’t be replicated in any other medium, and I was very curious to dive into that art form, that medium, and find out what was so spellbinding about it. Seeing those stories being told directly in front of you had a real mystique to it that I was very attracted to. And I still absolutely am. TV and film of course is just as spellbinding, and is a medium I’m getting more and more involved with now. I think it’s magical what we do. The effect and worth of it is not necessarily tangible, but there is a real magic to telling stories. And I’m so happy I made the chose to be a part of that.

TK: So much fun being a part of a show like Nancy Drew. We have a lot of fun on set. And it’s cool to be part of a show that is based on books that go back for so many generations of kids, including myself. I read the Nancy Drew books when I was growing up, so it’s really cool to be apart of a very modern iteration of that. I think what we’re doing with the show is very exciting and there are aspects of the books that we’ve changed for the show. For example, the most glaring change would be the fact that the ghosts in our show are very real.

In the books they turned out to be some suspicious guy in a costume, but in ours they’re definitely very present and very real. And that’s a lot of fun to play around with. We show up on set every day and there’s always something different. Different sets, and cool props, different stunts to be doing. All that stuff. So yeah, it’s very cool, very fun. And you know, I think we found our place. Our fans are very enthusiastic about the show, young and old. So thankfully it’s been very well received by the public. And yeah, we’re still going three seasons in, so it’s fantastic – just to be part of a show that’s gone for three seasons, that’s an achievement in itself. So yeah, hopefully we still got a few more seasons in us and will keep giving the fans what they want.

What can you tell us about your character in Nancy Drew?

TK: What can I tell you about Nick? He’s one of the good guys! He’s Ned Nickerson in the books but we call him Nick on our show. Only his mum and old friends call him Ned. But yeah, he’s a good soul. He’s what, you know in many ways, I aspire to be myself, as an individual. He’s a very caring, very thoughtful kind of guy who’s priorities are to give back to people and give back to the community that he lives in. And that in part stems from personal trauma that he’s gone through. As a young man he ended up in a Correctional Facility because of a manslaughter charge.

So, he’s gone through some pretty heavy and traumatic things himself. And through a combination of him wanting that reality to not become the reality of other kids and other people, he very much pours his energy into helping people. I think there’s also a side to him that hasn’t really properly dealt with and processed his own trauma, and so is quick to help other people with their problems instead of dealing with his own. So there’s some kind of self defense mechanism going on there, but I think overall he’s just a good guy who just is trying to find some kind of peace for himself.

What advice would you give to young people pursuing acting?

TK: Keep hustling! Be sure you want to do it because it’s a hard industry to get into and also to continually work. Unfortunately, only a  minority of actors in the industry get regular work. So it’s wise to accept that reality early on and know if acting is something you really want. But once you’ve made that decision, just keep working hard. Don’t stop, keep hustling. And if you’re fortunate enough to get work, don’t take it for granted. It’s a very privileged position to be in, to be a working actor. So hustle, work hard, get better every day and just keep learning because you can never perfect this art. There is no end point. There is no perfection. It’s continually searching for something, whatever that is. So keep hustling, keep working hard. And you’ll be alright.

What was your first acting role? What did you learn from that experience?

TK: My first acting role was at the Almeida Theatre in London, in a play called the Big White Fog. And it was directed by the wonderful Michael Attenborough. It was just a fantastic experience and I was very fortunate we had such a fantastic cast. I played the oldest son of this family. My Dad was played by the fantastic Danny Sapani and the marvelous Jenny Jules played my mother, and the joy that is Gugu Mbatha-Raw played my sister. There was just this real family vibe within the cast. So other than it being my first time I was actually in front of audiences on a professional level – of course I’d been in front of audiences in drama school and in other projects – and the things you learn from just doing the craft, what I also learned was the real camaraderie and the family bonds you can make within this business. There are people I worked with on that show that are still dear and close friends to this day. So I think there’s something about this something. It sometimes feels like there’s a kind of traveling circus dimension to being an actor and we’re all in it together. That’s just absolutely wonderful and I definitely found that out on my first job. And I still carry that experience with me to this day.

TK: The ability to affect people. The ability and the privilege to do something that people want to watch. That reflects their humanity back at them, that makes them feel seen in some way, or challenges them in some way. As I said earlier, there really is a magic – an alchemy to what we do as story tellers. And to be a part of that and be able to make a living telling stories is truly a gift. That and my office changes every day. We’re always on a different set, different location. It’s so much fun!