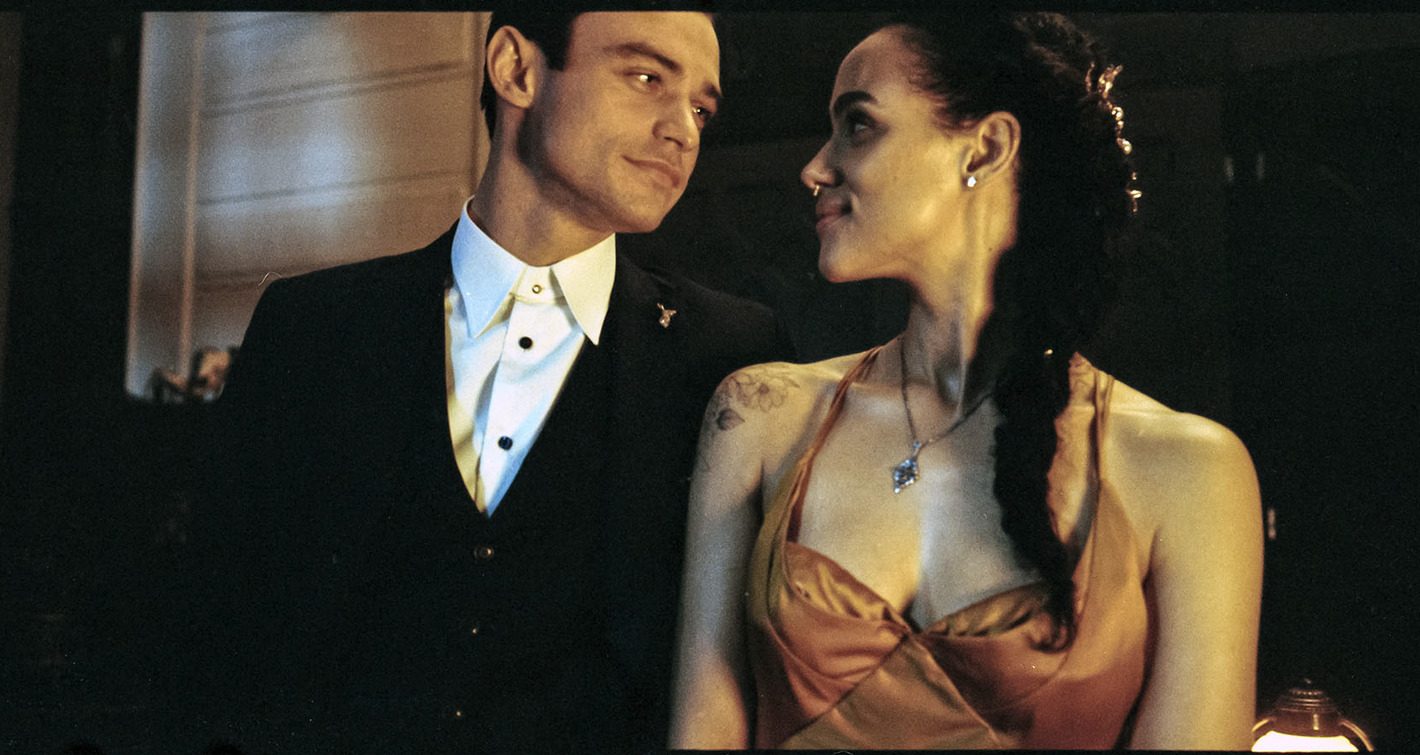 Photo by: Marcell Piti/Screen Gems
We were joined on the Popternative show by Thomas Doherty (Descendants 2 & 3, Gossip Girl) and Nathalie Emmanuel (Game of Thrones, Furious 7) who star in the upcoming horror/thriller film The Invitation. Directed by Jessica M. Thompson (The Light of the Moon, The End), it will be out exclusively in movie theaters on Friday, August 26th.

The Invitation Synopsis
After the death of her mother and having no other known relatives, Evie (Nathalie Emmanuel) takes a DNA test and discovers a long-lost cousin she never knew she had. Invited by her newfound family to a lavish wedding in the English countryside, she’s at first seduced by the sexy aristocrat host (Thomas Doherty) but is soon thrust into a nightmare of survival as she uncovers twisted secrets in her family’s history and the unsettling intentions behind their sinful generosity.

In our interview, we asked Thomas and Nathalie about the current horror landscape, what it was like filming The Invitation in a beautiful castle, and more.

The Invitation will be out exclusively in theaters on Friday, August 26.