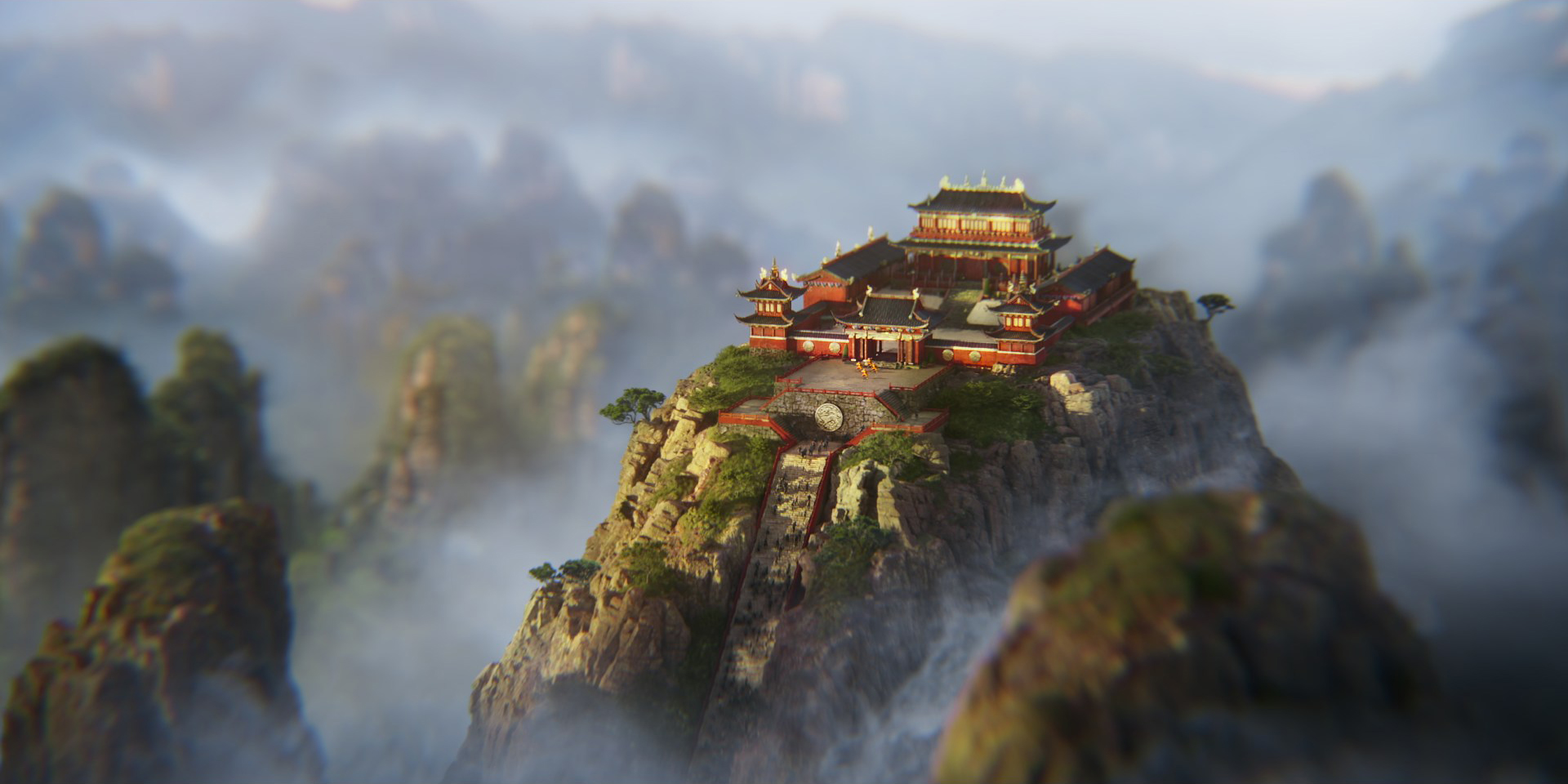 We chatted with Robert Bisi and Andy Lyon from the hyper-creative animation studio BUCK who worked on Netflix’s coveted animated series Love, Death + Robots Volume 3 which dropped in May. BUCK’s episode is #8 titled “Night of the Mini Dead.”

About “Night of the Mini Dead”

The dead rise and overrun the Earth in this hilarious five-minute short that condenses an entire genre worth of tropes. Filmed with a tilt-shift lens that makes everything appear in miniature, the episode uses real-life photography and CG animation. It’s an absurd tale that starts with sex in a cemetery and just gets weirder as humans try to fight back the zombie hordes.

Check out our conversation with Robert Bisi and Andy Lyon below.

What excites you about storytelling?

Robert Bisi (RB): Storytelling is a primal thing. It’s something we all do as humans. It must have started out with some early human describing truthfully the events of their day. I love that somewhere along the line another early human figured out that they could just make a bunch of stuff up and the result was waaay cooler than what actually happened. I’m following that one’s lead.

Andy Lyon (AL): I love the idea of folks huddling around for a momentary shared experience.

What do you think is so appealing about animation?

RB: I think animation draws people in because they get to watch this thing that is completely fabricated by an artist or artists. It feels like a glimpse into someone’s imagination.

AL: Animation is pretty much real-life magic. The way we can trick our collective eyes to put images together and breathe life into something inanimate is wild. And because absolutely anything is possible, you can tell the craziest of stories in inventive ways.

What can you tell us about your Love, Death + Robots episode “Night of the Mini Dead”?

AL: The episode plays like we’re a voyeur on the downfall of humanity. And the disarmingly cute nature of tilt-shift brings a new perspective to the zombie genre. We’ve all seen these zombie vignettes play out countless times, our brains fill in the details. Because of this we were able to skim over the details and tell a much faster/broader narrative.

RB: I can’t express enough how fun this was to make. It’s the most adorable zombie apocalypse ever witnessed. I love that we were able to tell the violent, gory end of humanity in a way that people could look at and say “awwww so cute!”

What were some goals in mind with “Night of the Mini Dead”?

AL: Our number one rule was ‘must be funny’. Nailing the comedy and keeping things from getting stale was key. Each shot was also really visually dense, so it was important to make sure the viewer could follow the broad strokes. (But it’s worth a handful of rewatches to catch the small stuff).

RB: The relentless escalation of chaos is intentional. By the time viewers finish laughing at one grisly scene we’re on to the next and the disaster just keeps getting worse and worse. But it was important for us to have threads throughout the film to keep it from becoming just a collection of gags. So we have shots that connect either thematically, like when all of the humans start fighting back, or literally, like the two shot character arc of the U.S. President.

What can you tell us about BUCK and the specific goals of the team?

AL: BUCK is traditionally a design-driven animation company, but over the years we’ve been expanding into really interesting territories. And we continue to attract the very best talent, then we make magic together, that in turn inspires the next generation of talent. It’s a vicious cycle of rad really.

RB: BUCK is a magical place where creatives come to make wonderful things, including stories about people who hump the faces of cemetery statues.

When people watch your Love, Death + Robots episode, what are you hoping they get out of it?

AL: Best case scenario is someone’s giggling at the end while the crushing sense of our meaningless existence slowly sets in, and they giggle a little more.

RB: Aside from the nihilistic message, and satire, I just want people to laugh at the absurdity of it all, and pick up on the amount of love we put into this. It was a blast.