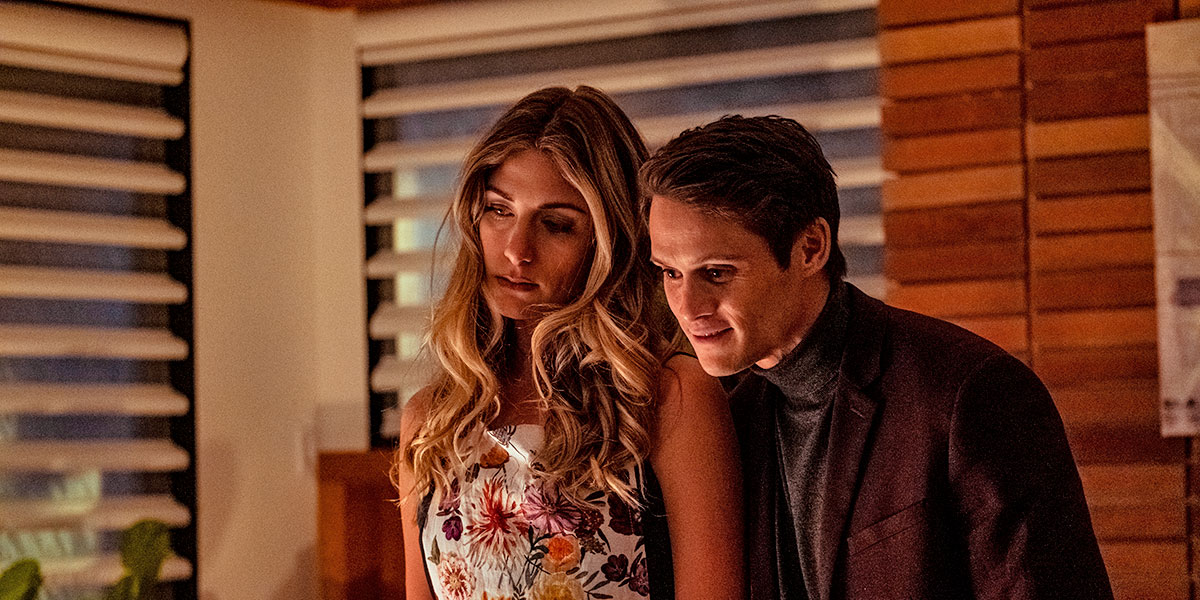 We were joined on the Popternative show by Perry Mattfeld who stars in the new dark comedy film Who Invited Them now streaming on Shudder. Who Invited Them centers on Adam and Margo’s housewarming party which sees a mysterious couple lingering after the other guests have left. The couple reveals themselves to be their wealthy neighbors, but as one nightcap leads to another, Adam and Margo start to suspect their new friends are actually duplicitous strangers with a dark secret.

Best known for her role as Murphy Mason on The CW’s In The Dark, Perry plays one of these mysterious guests, Sasha, alongside Timothy Granaderos (13 Reasons Why) as Tom, Ryan Hansen (Veronica Mars) as Adam and Melissa Tang (The Kominsky Method) as Margo.

In our interview, Perry discusses working on Who Inivited Them which is her first project in the horror genre. We also talk about her time on Shameless and the In The Dark fan base. She also shares with us if she would work on other horror projects in the future.

Watch the full interview with Perry Mattfeld below.

Who Invited Them is now available to stream on Shudder.