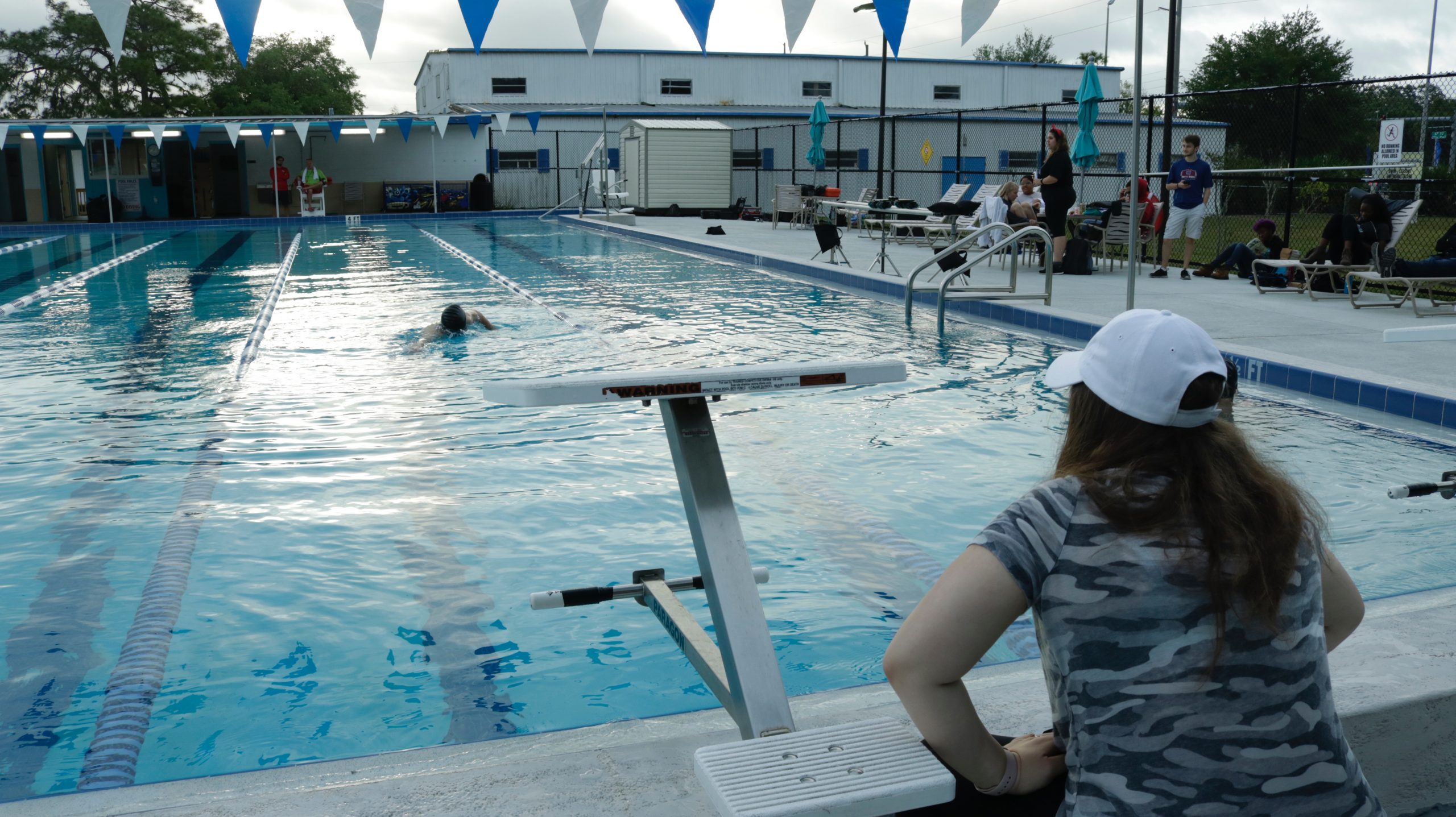 We had the chance to chat with screenwriter and director Paige Irene Bruns about her short film Anchor.

You can watch Anchor below!

Anchor synopsis
Anchor tells the story of Haleigh (Sierra Green), a bright and independent college student focused more on her academics than making social connections. Her best friend Cam (Sergio Myers) is a soon to be National swimmer and highly regarded relay anchor with an eye on the Olympics. A confrontation at a post swim meet celebration will ultimately determine if their relationship can survive conflicting priorities.

Check out what Paige had to say!

PIB: From the age of three, when I first saw ‘The Wizard of Oz’ I have been mesmerized by storytelling. As I moved through school and started taking creative writing courses, I became completely enthralled With the concept of exploring human psychology and relationships through stories. I remember working on a short narrative in my 8th grade English class with Mrs. Brewer – she had pulled me aside and said “You write really well but focus too much on dialogue.” The characters were so alive in my head that their emotions and words just flowed out of me. That should have been my first clue! In high school I was heavily involved in the Theatre program and had the rare opportunity to direct a one act play during my junior year. This was a transformational experience that helped me to discover that Ihad the intuitive ability to guide/direct actors through a scene in order to successfully convey emotion at the highest level. This experience mixed with my adoration for story development led me to apply at Interlochen Arts Academy for my senior year. This best positioned me to be accepted by Ringling College of Art & Design,which is one of the top film schools in North America and the rest is history!

What has been the best advice someone has given you about storytelling?

PIB: Good question! I’ve been fortunate enough to have connected with some of my biggest inspirations over the years and have been given a lot of really great guidance but the thing that I keep closest to my heart and something that I am constantly reminding myself of, is that vulnerability leads to authenticity. As a storyteller, I am completely immersed in the emotions and mental arcs of my characters, which is something I used to be absolutely terrified of. I am constantly putting myself in the shoes and emotions of other people – oftentimes, people that are living lives and experiences that are far different from my own. Creativity is a very private thing until it’s not and by allowing yourself to surrender to every element of the story, you’ve all of a sudden made it very personal which makes the idea of sharing it with anyone, let alone the entire world, a bit daunting. At the same time, it’s what enables you to tell an authentic and truthful story. Acquiescing to those emotions gives you the ability to craft characters that reflect real human beings and at the end of the day, storytelling is all about relatability. We all want to see a piece of ourselves in the characters we watch on our screens.

What can you tell us about your short film Anchor?

PIB: Anchor tells the story of Haleigh Emerson, a bright and independent college student who experiences a traumatic sexual assault at a party and simultaneously, how the handling of it effects her relationship with her best friend Cam – a nationally ranked swimmer with his eye on the Olympics. It was a story that I wanted to tell for what felt like forever and really came from a place of me just being angry with the way society views/handles sexual assault. With criminals it’s always innocent until proven guilty but when it comes to survivors of assault, they are always the villain until proven to be a victim and that just didn’t sit well with me. ‘Anchor’ was my way of working through those emotions with the hopes of creating a community of support for those struggling. It was an incredibly daunting project. I knew that if we were going to tackle the subject, it needed to be done in a really vulnerable and raw way. I didn’t want to shy away from the uncomfortable, harsh realities of sexual assault and I knew that would require me to ask a lot of my team. It was definitely tricky to navigate shooting such an intense and sensitive scene but everyone involved was beyond dedicated to getting it right and showing assault in the most real and distressing way possible.

What were some learning experiences for yourself working on Anchor?

PIB: Making Anchor was a learning experience from start to finish. It really gave me an opportunity to develop a clear idea of who I wanted to be as a storyteller and allowed me the space to fully delve intothat vision both as a writer and as a director. One of the most monumental things I learned from this process was the importance of being able to identify your actors’ breaking points. As a director, you are the actors biggest advocate – it’s your job to create a safe environment that sets them up for success. If you think about it, you’re essentially asking your actors to emotionally expose themselves in front of a room full of people, sometimes for hours at a time.

Filmmaking is a very tedious process and we’re filming scenes for several hours, which is tiring no matter what the nature of the sequence is but when you’re dealing with heavy emotional moments, everything is heightened. Understand that while they are acting, the emotions are still very genuine and it’s never going to be more real to anyone than it is in that moment. Being able to identify when your actors have given you everything they have and then being prepared enough to take a step back is everything. The second you see they’ve hit that point and you ask for another take, you are no longer their advocate. Your job as a director is to be there to support and help guide them, not to override them.

When people watch Anchor, what are you hoping they get out of it?

PIB: I hope people walk away from Anchor with a sense of empathy and understanding. The reality is we’re never going to stop sexual assault from happening but we can create a community of support and a platform that sheds light on the harsh realities. People need to be believed – ten times over. Stories like Haleigh’s happen every day to men and women all over the world. We should be asking questions like “How can I support you?” or “What do you want to do now?” instead of openly making assumptions and judgements. Going into the film, it was really important to me that survivors could look at Haleigh and see a little piece of themselves or their story in her. I hope the film gives a little bit of comfort, knowing you aren’t alone.

Are you noticing any trends in storytelling these days? If yes, which ones?

PIB: So many trends! I think the biggest one to take note of right now is the demand for original series. We’ve been heading in this direction for a few years now but Covid really helped to accelerate it’s trajectory. With everyone spending more time at home and all of a sudden having an abundance of free time, we’ve become invested in these longer form stories that allow us to get to know the characters on a much deeper level than we ever could with a 2 hour film.

PIB: Collaboration. Hands down, the best part of being a storyteller is the collaboration. From the screenplay to production elements to working with the actors, it’s all one big community in pursuit of the same overarching goal. Filmmaking is such an intense and unique experience – you work long hours, for extended periods of time, with the same people, so you get to know each other really well and it quite often ends up feeling more like a family than a group of co-workers which is something I really love about the job. It’s a wild ride from start to finish but I feel so grateful that I get to do it with such passionate, dedicated and kind people. I’m very much a film & TV geek so the fact that I get to spend my days immersed in an environment full of collaborators who are just as enthusiastic about what we do, is so inspiring. On a more personal note, storytelling has forced me to really hone the ability to look at situations from every perspective, which I think has given me a deeper understanding of empathy and the importance of communication.