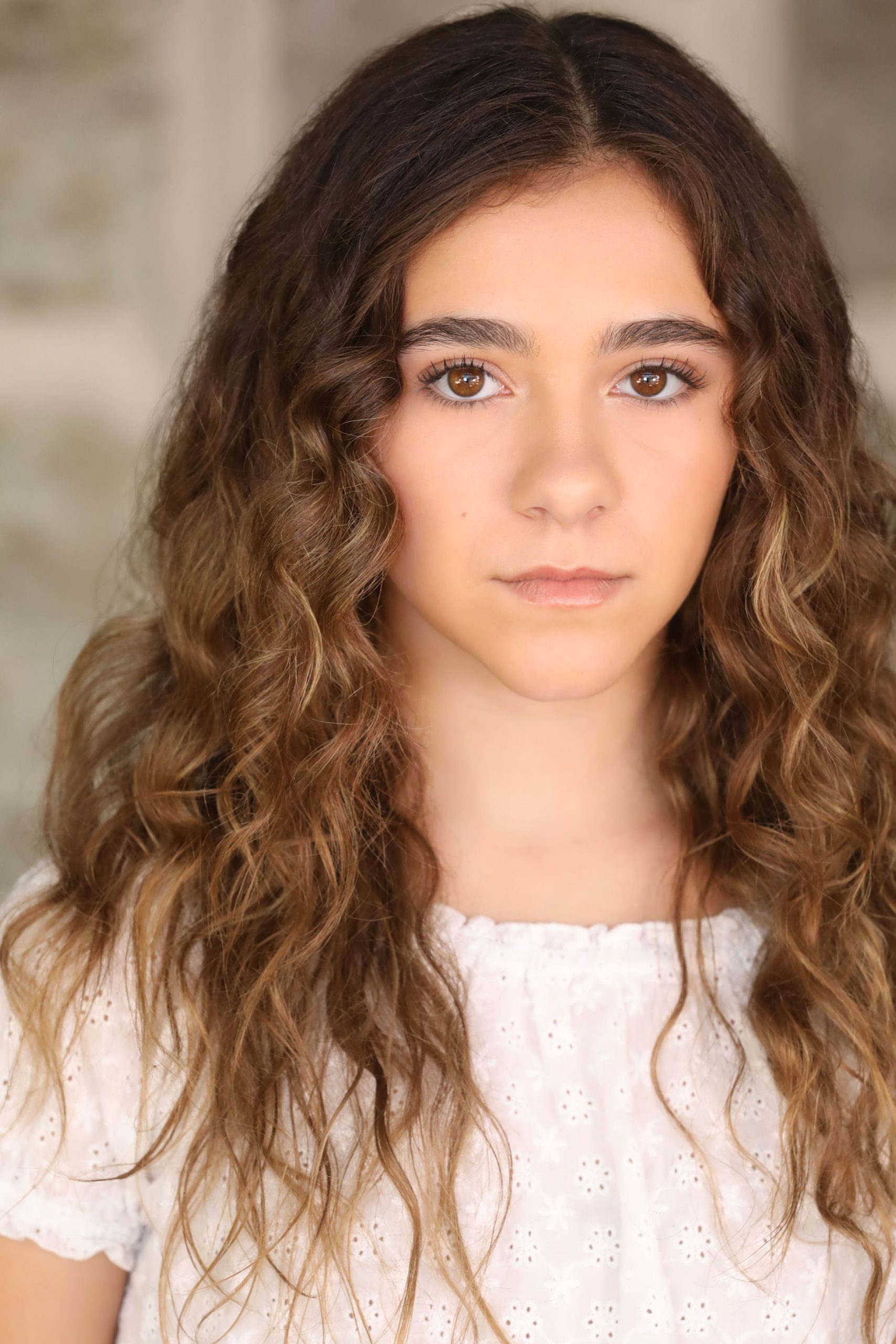 We chatted with Olivia Edward who stars opposite Pamela Adlon in the Peabody Award winning FX series Better Things. Olivia can also be seen in other hit shows such as Unbreakable Kimmy Schmidt, The Mysteries of Laura and Crazy Ex-Girlfriend. Check out our conversation below!
Photo credit: Deidhra Fahey

Olivia Edward (OE): When I was younger, I skipped most of the kid programs and watched the shows my brother (who is 5 years older than me) watched. I watched stories as a kid. I’ve also always loved reading for as long as I can remember so it honestly never really felt like I ever made a conscious “decision”, storytelling and acting was always the way I expressed myself growing up. It was like a second language to me, when I would play with dolls they always had a continuous storyline, I would sing 2 hour long songs filled with gibberish as a toddler, but I always clearly knew the plot.

I would perform any chance I got. There is a specific moment when I brought it to my parent’s attention though. I must’ve been around 3 or 4 years old sitting in my parent’s room watching a GAP kid’s commercial. All the kids were laughing and dancing in front of the camera and my dad noticed my eyes were GLUED to the screen. When I saw him come in I just pointed at the TV and said “why am I not there?”. Obviously, he assumed I meant that I wanted to have fun with the other kids, so he asked “You mean dancing with all those other kids?”. But then I just looked at him and said “On the TV, why am I not there?”. From that point on, it became my life.

OE: AMAZING. I feel incredibly grateful to have worked on a show like Better Things. It’s not everyday that you come along a show that’s as family oriented as this show is. I started the show when I was eight years old, so I really grew up on this show, and I couldn’t have asked for a better show and experience.

Pamela Adlon (who stars, writes, produces, and directs all the episodes), has been the biggest teacher to me throughout the seasons. I’ve been so lucky to have been able to learn from her. One of my favorite things about working with Pamela was that she never once treated me like a kid. She always taught and explained her process to me. All of the things she’s taught me are priceless. My sisters on the show Mikey Madison (who plays Max) and Hannah Riley (who plays Frankie) also kind of grew up on the show both in age and character, and I feel like that bonded us as a unit. On top of that, you have the rest of the cast and crew who have really become a second family to me.

What can you tell us about your character in Better Things?

OE: My character’s name is Duke Fox and she is the youngest out of the Fox family. She was introduced around the age of 6 and in this upcoming season she’s 12-13. She could be described as a bit introverted, anxious at times, sensitive, highly intuitive, and caring. Duke’s role in season 1 was to be the closest thing her mom had to a “protector”, so when her other two sister’s Max and Frankie were mean to her mom she was always there to have her back. As the seasons went on we also discover that Duke is psychic, and has intuitive abilities, which continue to evolve.

One of Duke’s biggest themes throughout the show is her connection with her dead grandfather and other energies around her. While some of the other members of the Fox family also had some similar interactions, Duke was always known for being highly sensitive to the energies around her.

In the previous season, we began to see Duke’s mindset shift as she rapidly approached becoming a teen. In season 5, that shift in Duke’s personality is in high gear and propels us into her character arc this season. The angst and issues Duke faces this season has to do with the uncontrollable mental changes that often take place around being a teen in our world today. I think this season Duke plays a big role in showing what it’s like to be a kid/teen in society today along with showing what sort of things can have a major impact on a kid’s mental health. There are also some great patterns for fans if they have watched all five seasons. Some hat tipping to the past episodes, especially with Duke… and I want to say so much more here… but you just have to watch 😉

OE: The best advice I can give to anyone pursuing acting is to ask them why they want to do it? I would want to make sure they’re pursuing it for the right reasons. For me, that’s the passion of the work. I think a lot of people have this false perception that acting is just glamor and fame, trying to be a celebrity, and no work. If someone is thinking about pursuing acting,  I think it’s important that they make sure it’s because they’re truly willing to put the work in and are passionate about the art, rather than the fame.

I also think people need to be resilient and persistent and be prepared to hear the word no. Many times you’re going to hear the word “no” and that’s ok. I was always taught that I define my value, not an audition. It’s really important to be able to handle rejection and take criticism in the field because it only pushes you to be better. Without it, you won’t grow. You also need to get rejected and denied to be able to know that you’re putting yourself out there. The most important part is to just not let that stop you from pursuing that.

OE: Technically, my very first acting role was a voiceover for a Con Edison radio ad when I was six or seven. After that I did some other commercials (one of my favorites being a CANON commercial where I got to break fake glass). I guess my real first role was as a guest star on the show “The Mysteries of Laura” starring Debra Messing. I played “Zoey Sullivan”, a bully in the two main kid’s karate class. I remember having a lot of fun on that set too, everything was so exciting. My first major role, however, would be when I started Better Things.

OE: The thing I enjoy the most about acting is the impact it has on people. My favorite feedback to hear from people has always been when people say stuff like “I laughed so hard” or “that scene made me cry” because it shows just how much of an impact a story or an emotion can have on a person. I love how people can find their own ways to relate to the storyline and connect to different characters. The other part of it is obviously the pure passion for the art. For me, acting has always seemed like a way to live thousands of lives in one. With any character I’ve had the privilege to play it’s always felt like they’ve become a part of me in one way or another, which is why when people ask me what it was like to say goodbye to Duke I say I wouldn’t know, I could never truly say goodbye to something that will always be a part of me.