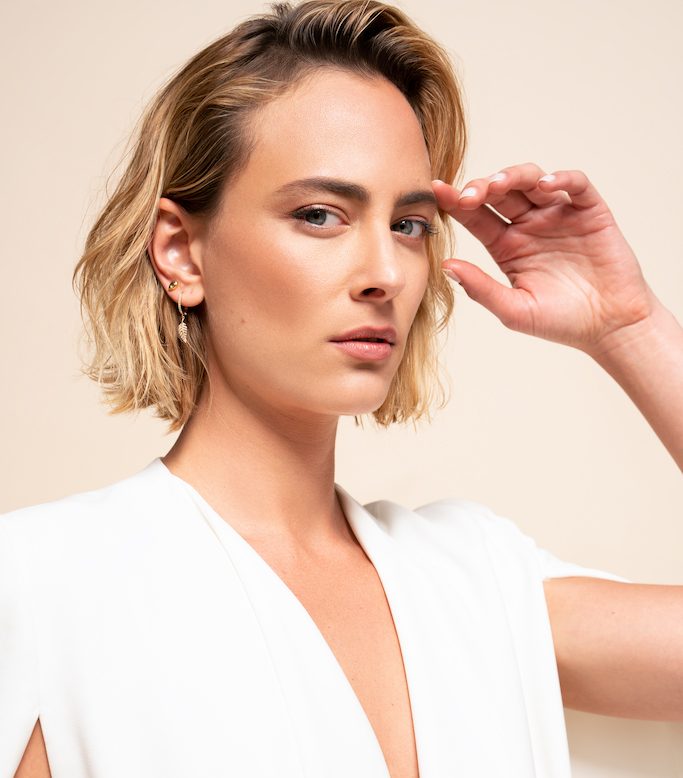 We recently chatted with French actress and singer Nora Arnezeder about starring in the films That Cold Dead Look in Your Eyes and Netflix’s Army of The Dead. We asked her all about being part of both films, how she got into acting, and lots more. Check out what Nora Arnezeder had to say below!

That Cold Dead Look in Your Eyes Synopsis
Leonard is about to lose his girlfriend, home and job. Upon that, he’s having strange hallucinations. Is it stress or an after effect of new technology installed all over the city? He must figure it out or he’ll be trapped in this nightmare forever.

What can you tell us about That Cold Dead Look in Your Eyes?

NA: It’s a quirky, beautifully shot and very personal indie movie. Franck Raharinosy plays the lead. It’s about this lonely man in New York who is at a downfall in his life because of bad decisions he made. I play his ex-girlfriend. She is hurt by him but decides to keep on going. She does not want to be the victim.

NA: It was a lot of fun. Onur [director] is such an original character, full of passion. His passion on set is truly contagious. He told me a couple of days before shooting that we would shoot this movie in French. When I asked him if he spoke French he answered “no but you do!” We should do a movie based on Onur. He is a star! I love that he is a pure artist. He does not care what the rules are or what people should do based on where they’re from. I respect him so much for that.

NA: I wanted to be a singer but I would go to see a lot of plays with my mother. One day, my mother invited some actors at home after their performance. When all the crew and actors were having drinks at home, my mother told them that it was now my turn to act. So my sister and I improvised a play in our living room, we played in front of all these professional actors. We were 8 and 9.

NA: Never give up. Don’t take no for an answer. Work hard. Watch a lot of movies. Get inspired everyday. Acting isn’t about doing red carpets. Acting is a beautiful way to access your soul and emotions. Work hard and let go!

NA: It was a TV show in France. I was so happy when I booked it.

NA: Exploring new roles, embodying characters that have such different lives. I played a woman, Francoise Glaser in the TV show The Offer (based on the making of The Godfather), she was Jewish and hidden during the Second World War. It was such a deep role to play. I met this amazing woman who has a very similar story as my character; we talked for hours. This job makes you meet people that are so soulful with inspiring and heartbreaking stories.

NA: I felt so vulnerable throughout the shoot. It’s funny, but I never decide to play “strong”. The essence just showed at the end I guess. I had a great time shooting the movie. Zack [Snyder] is great.

When did you notice the global impact that Army Of The Dead had?

NA: I had a feeling when I booked it that the movie would have a lot of success. You feel these things. I tried to not really think about it while shooting it though.