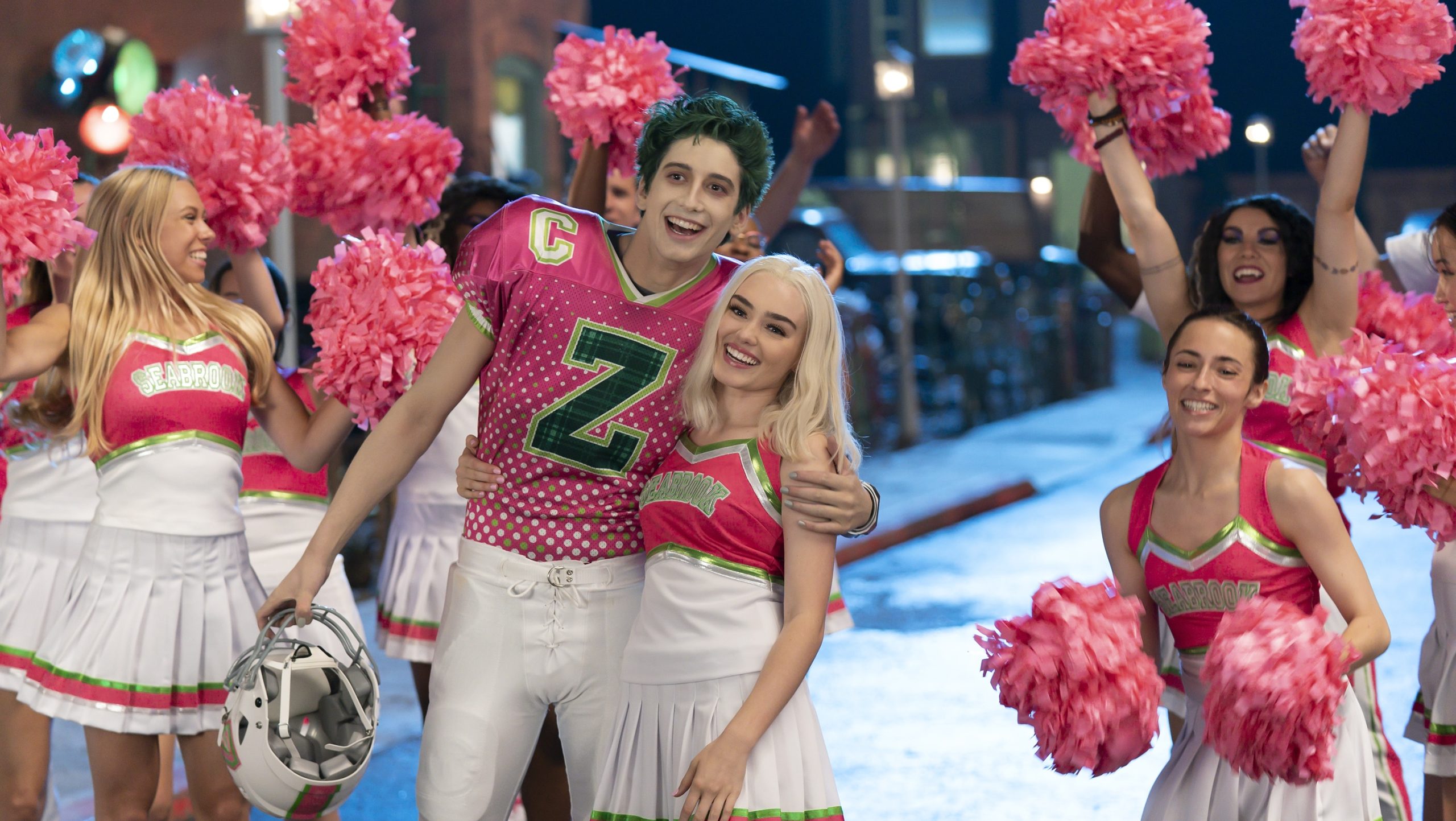 Disney’s Zombies 3, the sequel to the 2020 musical-comedy film Zombies 2, will finally be arriving on Disney+ on July 15th. It stars Milo Manheim as zombie Zed and Meg Donnelly as cheerleader Addison who are beginning their senior year at Seabrook High in the town that’s become a safe haven for monsters and humans alike.

Zed is anticipating an athletic scholarship that will make him the first zombie to attend college, while Addison is gearing up for Seabrook’s first international cheer-off. Then suddenly, extraterrestrial beings arrive in Seabrook, provoking something other than friendly competition. The movie also stars Chandler Kinney as Willa, Ariel Martin as Wynter, Pearce Joza as Wyatt, Carla Jeffery as Bree, Trevor Tordjman as Bucky, Kylee Russell as Eliza, Terry Hu as A-spen, Matt Cornett as A-lan, Kyra Tantao as A-li, James Godfrey as Bonzo and Kingston Foster as Zoey.

We were joined on the Popternative show by Zombies stars Milo Manheim and Meg Donnelly to discuss the excitement of making Zombies 3 and what we can expect from it.