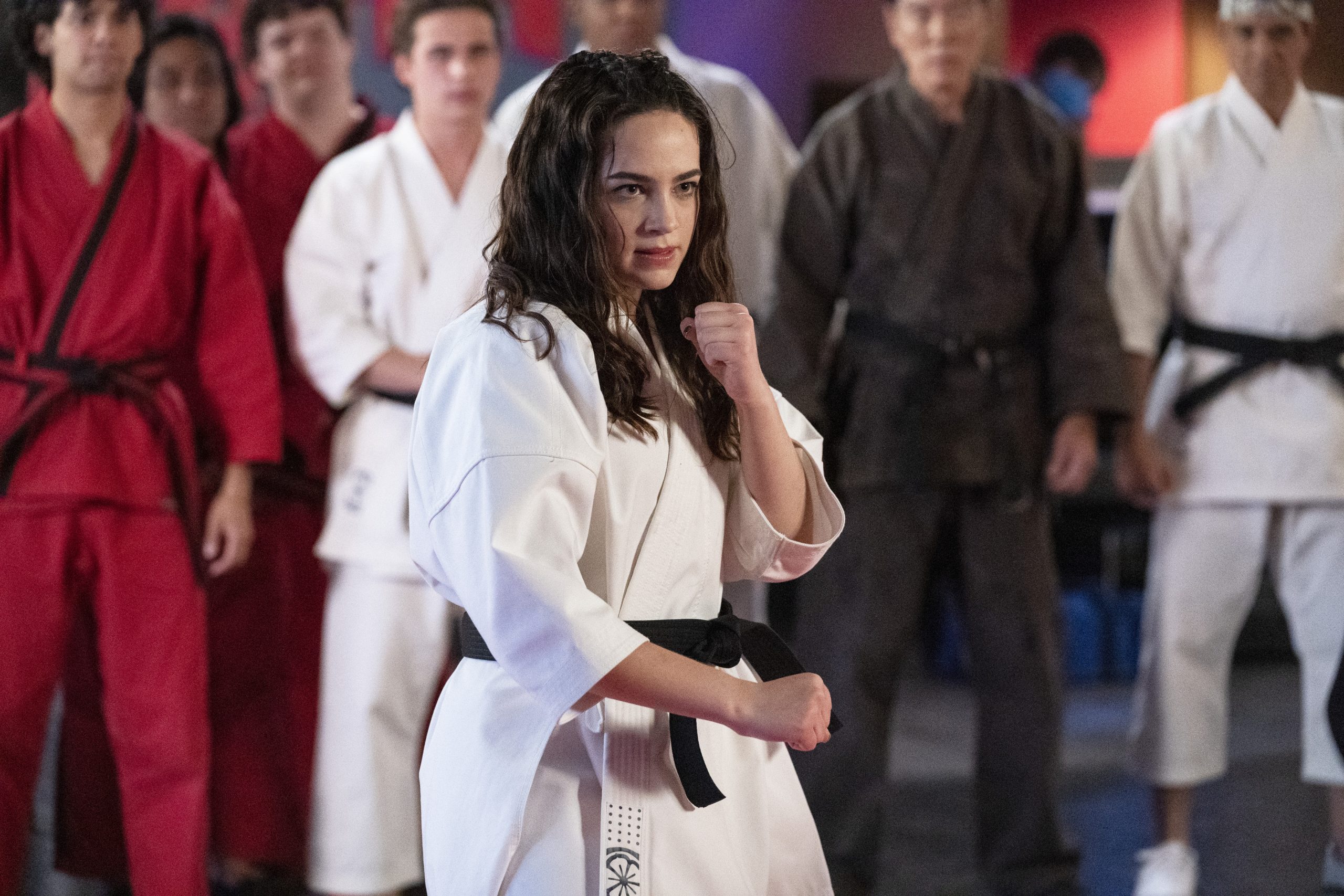 We were joined on the Popternative show by Cobra Kai star Mary Mouser who plays Samantha LaRusso in the hit Netflix series. The fifth season premiered on September 9th globally and currently has a perfect 100% critics score on Rotten Tomatoes.

In season 4, we saw Samantha’s character really grow which Mary discusses in our interview: “What’s really cool and interesting, and something I didn’t really expect when taking on this role was how much I’ve kind of grown up with Samantha and all the different changes she’s gone through in her life […] it’s been a great opportunity to get to do that, it actually also kind of causes that where I get to have these opportunities on screen then go, ‘well what does that look like for me in real life?’ and I get to spend some time self reflecting.” We also discuss the dynamics between Sam and Tory (Peyton List) and the scenes they’ve had together over the seasons.

Watch the full interview with Mary below!