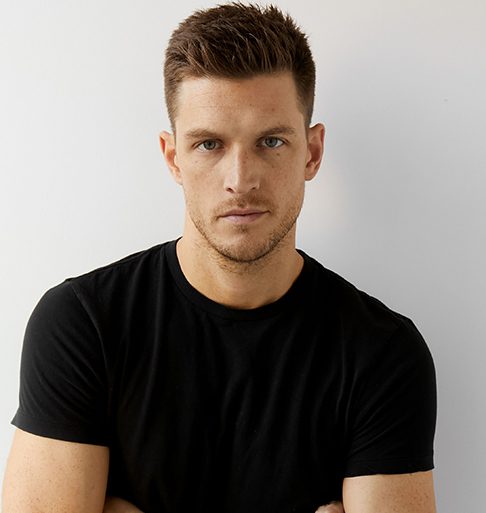 We had the chance to chat with actor Logan Macrae who plays Jodie Clark in Sony’s film Where the Crawdads Sing. The film is now out in theaters and is based on the best-selling novel by Delia Owens.

I don’t know if there was a specific time that I outright said ‘this is what I want to do.’ I am the type of person that doesn’t really give up easily so when I started to fall in love with the craft and the work, I knew I would see it through to the best of my ability. At the same time, so many actors don’t always get the chance to see it through, so I am extremely lucky to still be doing this.

You have to find some type of joy in this work that does not center around what the outside world would call success. This is an absolute crap shoot and if you are not enjoying it along the way, you will be miserable.

My first role was basically Robber #2. I actually didn’t know my character even had a name until recently. The movie was called The Virgil and my character was set in a dark alley wearing a hoodie and a beanie, so let’s just say recognizable screen time was limited.

What can you tell us about Where The Crawdads Sing and what we could expect from the film adaptation?

Where The Crawdads Sing is obviously a widely successful book so I just want to tell all the fans that they will be very happy with how it was adapted into a movie. Delia Owens, the author, goes into such beautiful detail about the marsh in the book and I was blown away by how stunning the movie turned out visually.

Jodie is always going to be such a special character to me. Not only because of the overall popularity of the original story, but also because of the character work that I did to become Jodie; it helped me learn a lot about myself in the process. I never fully realized that the philosophies I follow and the overall mindset that I approach each day with actually works. I’m not sure if I would have recognized those positive aspects within myself if I hadn’t seen those same qualities in Jodie.

Was it a bit overwhelming signing on to this project knowing how big the book is? Is there pressure?

I think that there are certain expectations that were set because of the book’s popularity but Hello Sunshine and the entire team around this production did such a great job putting the right pieces in place. Because of that, I don’t think it ever felt as overwhelming as it could have.

When people watch the movie, what are you hoping they get out of it?

Honestly, there are so many things and feelings I hope the moviegoer gets to experience. I really hope that they appreciate the overall visual experience of the film – if they wonder if a place like that exists… it does! I hope they see that you can find a family outside of the one you were born into. And finally that everyone of us has, and will, experienced difficulties in life but it is how you choose to fight through those difficulties that truly matters in the end.