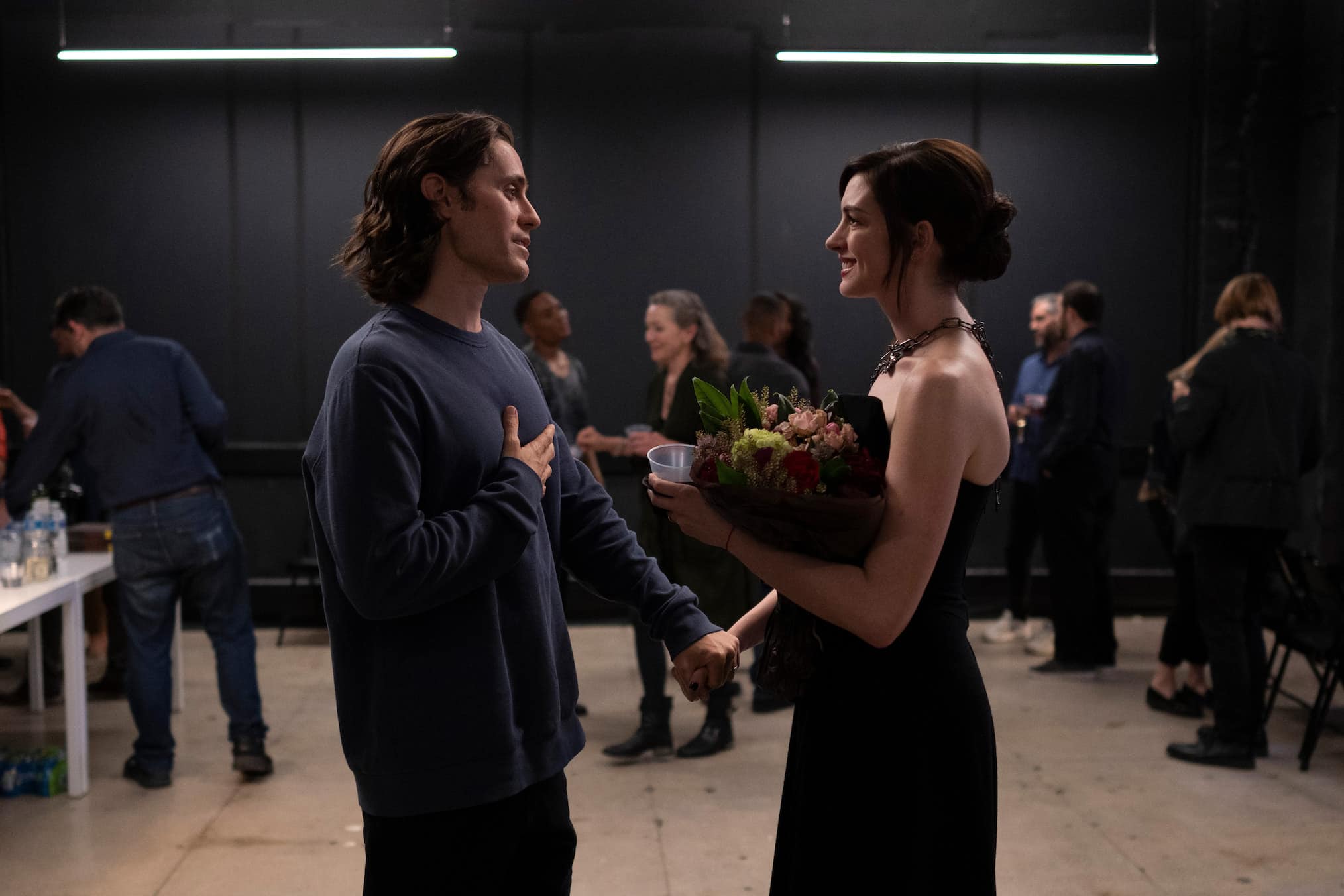 We were joined on the Popternative show by showrunners Lee Eisenberg and Drew Crevello about their limited series WeCrashed on Apple TV+ starring Jared Leto and Anne Hathaway. The series has eight episodes in total, and the first three recently premiered on Friday, March 18, 2022. A new episode will be released each Friday through April 22.

WeCrashed is inspired by actual events — and the love story at the center of it all. WeWork grew from a single coworking space into a global brand worth $47 billion in under a decade. Then, in less than a year, its value plummeted. What happened? Kyle Marvin, America Ferrera and O-T Fagbenle star in the series alongside Jared Leto and Anne Hathaway. WeCrashed is created by Emmy nominated Eisenberg (Spirit Award-nominated Little America, Good Boys) and Drew Crevello (The Long Dark), who also serve as co-writers, executive producers and co-showrunners, and is directed by John Requa and Glenn Ficarra (This is Us, Crazy, Stupid, Love). Requa and Ficarra executive produce alongside Charlie Gogolak, Hathaway and Natalie Sandy. Leto and Emma Ludbrook executive produce through their Paradox production company and Hernan Lopez, Marshall Lewy and Aaron Hart executive produce from Wondery.

In our interview, both Lee and Drew talk about working with Anne and Jared, showing the dark side of startups and much more. Lee also talks about working on a comedy like Good Boys and then working on something more serious like Wecrashed.