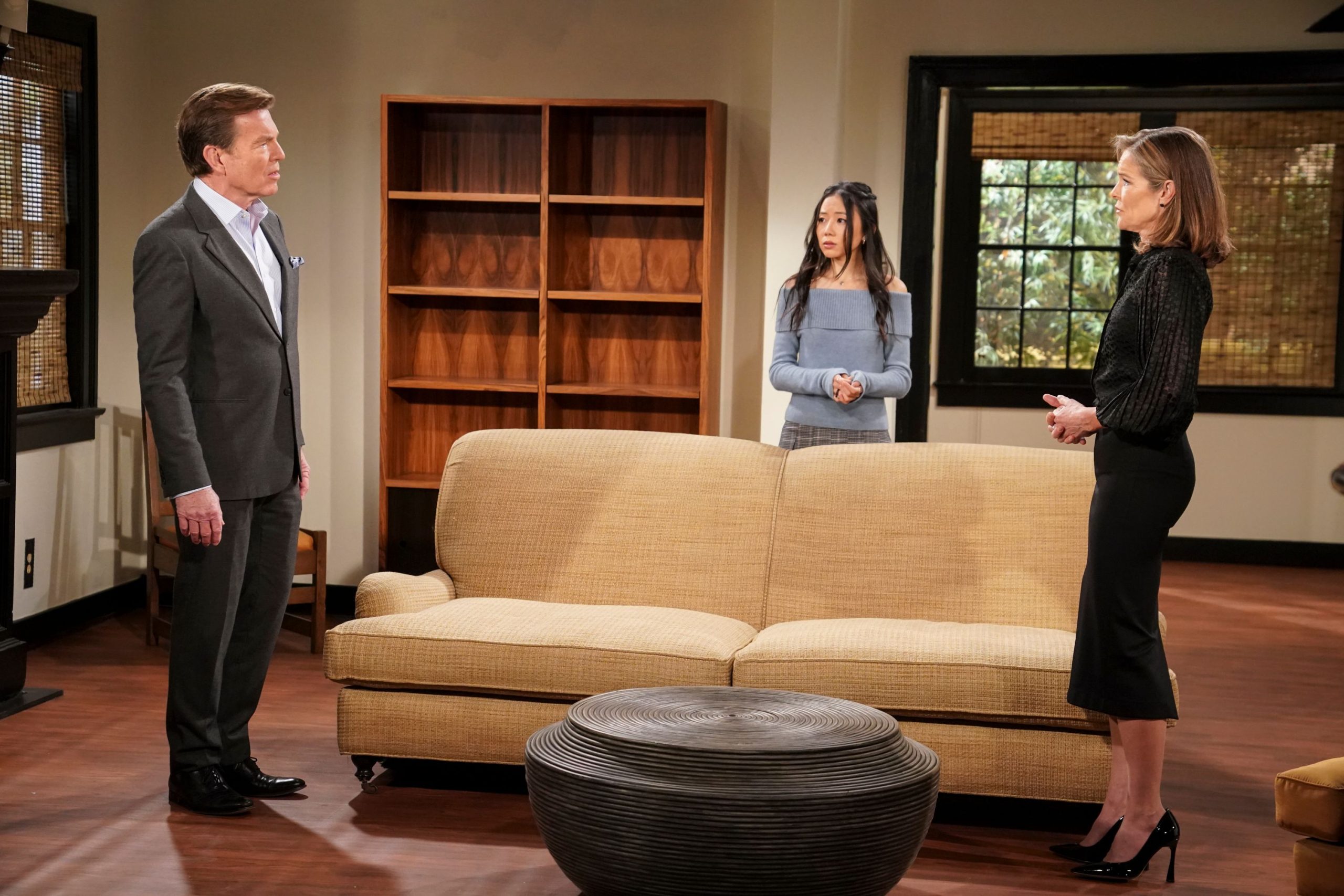 Image credit: Sonja Flemming/CBS.
We chatted with Kelsey Wang who recently made her The Young & the Restless debut as Allie Nguyen, a mysterious, young professional and granddaughter of veteran character Jack Abbott (played by Peter Bergman).

We asked Kelsey about becoming an storyteller, her experiences on The Young & The Restless, some of her hobbies and more. Check out our conversation below!

Kelsey Wang (KW): I decided in my early 20’s to pursue acting full time. I had loved it as a teenager and was able to go to the Yale School of Drama summer program, which was really when I fell in love with acting. I decided to do it professionally after I had worked on Wall Street for a year and a half. That was when I realized that I was more passionate about the arts than anything else.

What’s it like working on The Young & The Restless?

KW: This is my first series regular role, so it is really great to work with veterans who have been on the show for 30, 40 years. I love that my character interacts with a bunch of different people. What I love is how fast you’re able to get through so many cool parts of the story in such a relatively short amount time. You have to be ready every day. It really teaches you to be okay with imperfection because we go so fast. For actors who are perfectionists like me, I’ve learned to be okay with imperfect scenes because we just have one take here.

Why do you think daytime television series are so popular?

KW: It is something that the audience has a very special place in their hearts for because they have watched it with their families. I get messages from fans who said they watched it every night at dinner and is part of their childhood and their memories and part of their family. They have a close bond with the characters, and the audience grows up with the characters and actors in the show. I feel like it is really that special bond because the show airs every day. Some actors in the show have grown up doing the show, and there is this whole generation of people who feel this closeness to these characters.

KW: My first TV role was a pilot called “Journey to East.” It was with some incredible actors like Connor Kalopsis, Kara Wang, and Belle Shouse. It was shot completely in English and in Mandarin. It was about this American family who moves to China and learns the culture through some funny situations. I’m fluent in Mandarin, and the pilot was written and directed by this amazing team. Unfortunately, it never sold but it was full of really great people and I had a ton of fun.

KW: Getting to live through situations that you wouldn’t get to in your own life. I also think it is a combination of using your imagination and bringing your own unique perspective and experience to a role. The way you play it is going to be different than anyone else who plays the character, and you get to do your unique take and perspective on it.

KW: I love hobbies and wish I had more time for a lot of them. I really love poker and won the daily MGM Daily Poker Tournament a few years ago. I was the only girl after the first hour! To be clear, the pros you see on TV would eat me alive – I consider myself an amateur. But I got into poker in college, my RA would fly around playing in these high stakes tournaments and he taught me how to play. Poker’s a really fun combo of intellect, instinct, and reading people. It is kind of like acting in that way. It’s also so male dominated and I like surprising people.

Funny story – in that MGM tournament, for the first 30 minutes, I couldn’t really remember how to play because it had been so long! So, I made some pretty novice mistakes and then found my old groove after a bit. The players at the final table actually got mad at me because they thought I had pulled this whole ruse on them when really, I was just superrrrr rusty (lol!).

From what I have briefly read, NL poker these past few years has heavily turned to AI and computerized decision making. To me, I feel like that takes out so much of the joy of the game, which to me, is about reading people as much as it is about playing the cards in front of you.

KW: To be patient. This is a craft that you spend your whole life learning, and everyone has their own journey. The other big thing is to not compare yourself to others. Remember that it takes a whole lifetime to learn the craft.

KW: When I first came on the show, Peter Bergman gave me a lot of really good advice. But I think the best piece of advice he gave me was “you won’t understand this until you are a couple months in but think about what you, Kelsey, want to put into the character.” There is the writer’s imagination and there is the actor’s imagination and what you see on TV is a true collaboration between the two. He told me “Don’t be afraid to put a lot of yourself into the role.” At the end of the day, having as much of your own experience being able to shine through the role is going to be able to put a unique spin on the character.

Watch The Young and the Restless weekdays on CBS and CBS All Access.