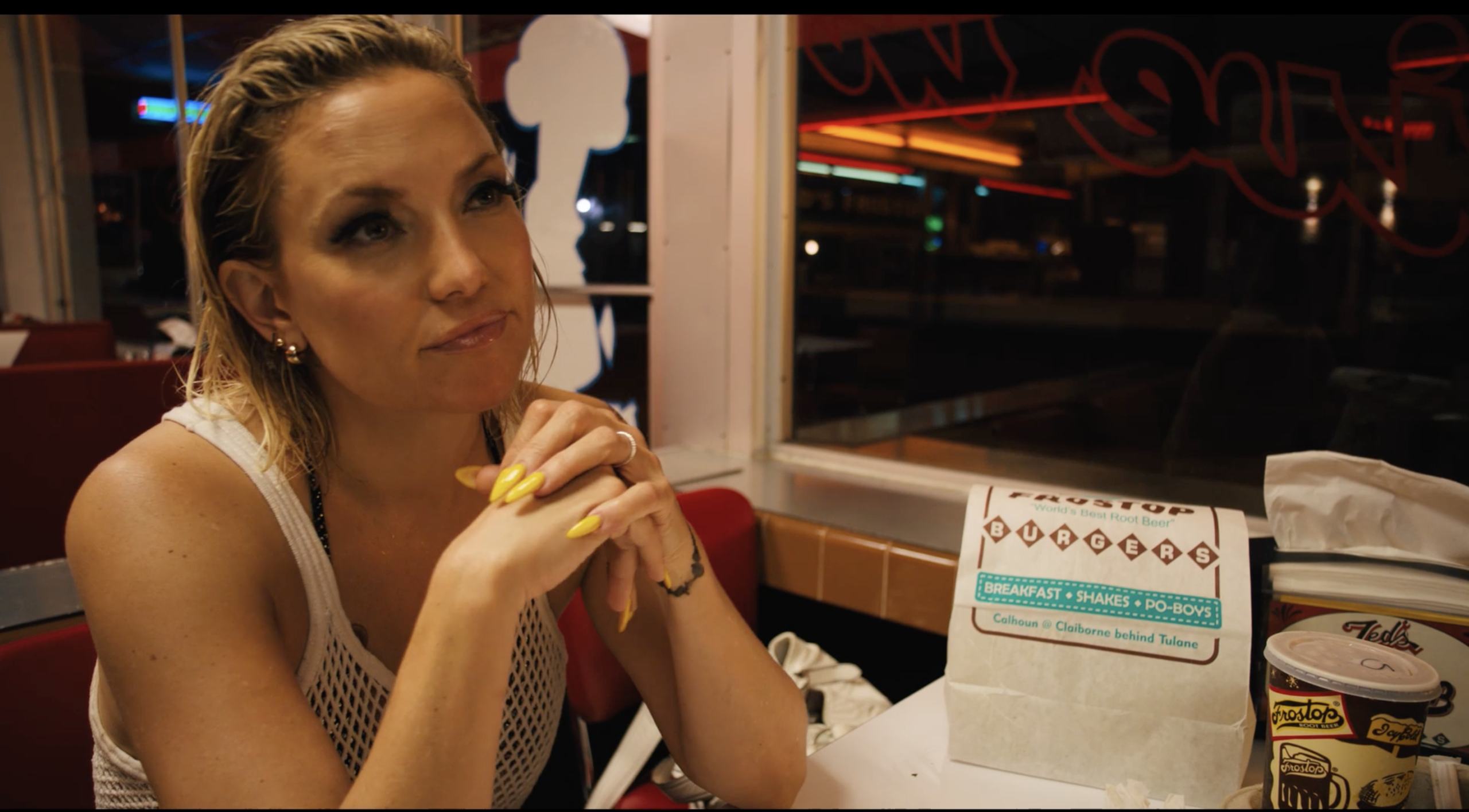 The movie follows a struggling single-mother (Hudson) who befriends a mysterious mental institute escapee with supernatural powers (JongSeo) and sees a lucrativeo pportunity to make some fast cash. But when they draw the attention of a detective played by Craig Robinson (The Office), their luck starts to run out as the cops close in on their crime-spree. The film also stars Ed Skrein (Deadpool) and Evan Whitten (Mr. Robot).

We were joined on the Popternative show by Kate Hudson and director Ana Lily Amirpour to discuss the film and what is was like working on this genre-bending project.

Mona Lisa and The Blood Moon is now playing in theaters and is available on VOD and on demand.