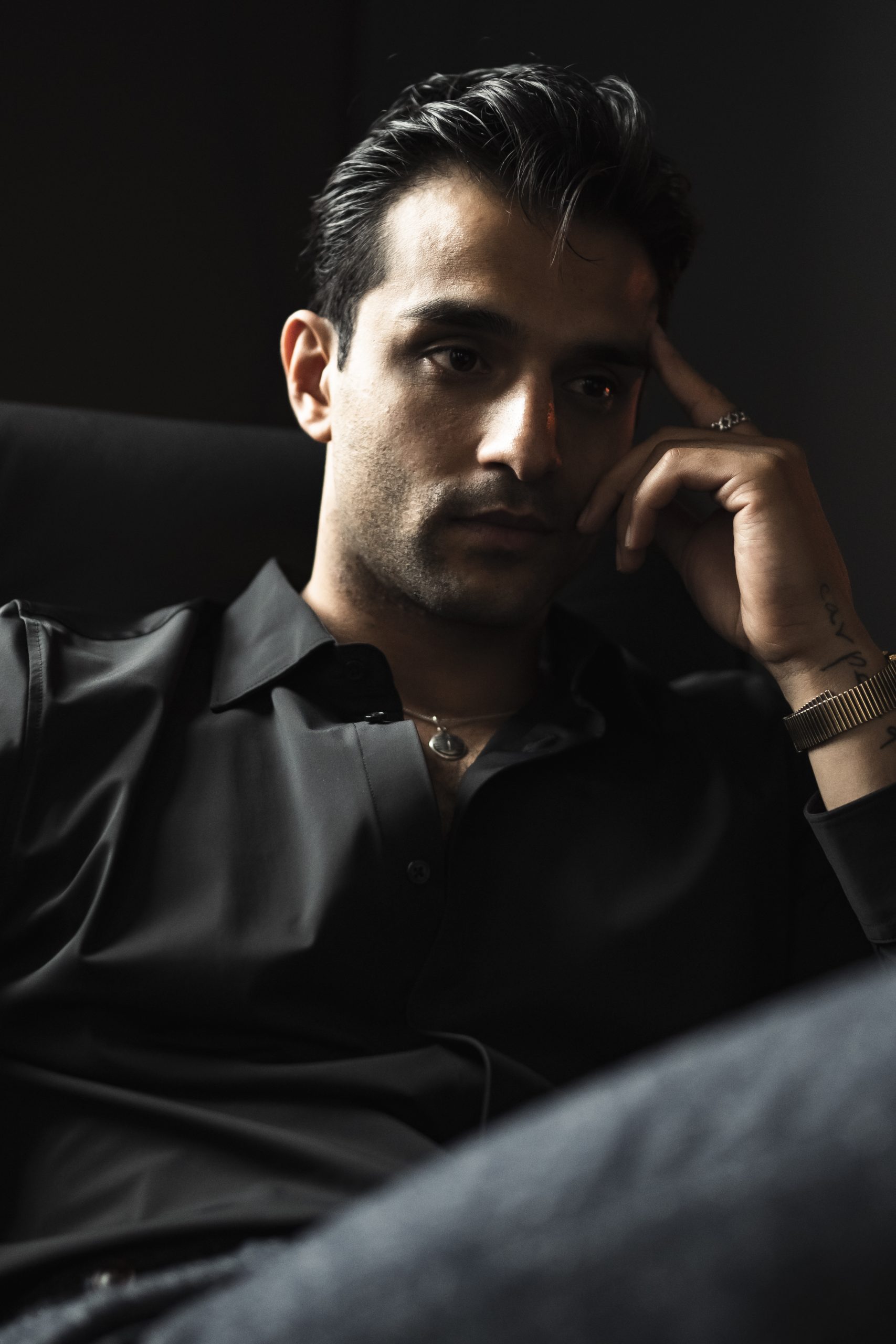 Karn Kalra (KK): I always knew I wanted to be an actor and work on film sets. I love being able to have the ability to change personalities, voices, posture, mindsets and embody someone I know. I’m open to the challenge and any time I’d watch a movie that I love, I would pause on my favourite scenes and act them out with my own spin. I always wanted to get better. Although I was afraid to share my dream with others because it felt so impossible at the time. Once I realized I could do this, I began being proud and sharing my views and dreams. Even if people laughed or didn’t get it or try and steer me in a different direction, I would keep my mind on the goal. Work hard day by day, and always try to become better. I was more than happy to put in my 10,000 hours.

How did you get involved with Bachelor in Paradise Canada?

KK: I had just gotten out of a serious relationship at the time and mid-pandemic I decided to head to Miami for 10 days but ended up staying for 3 months. I felt good being there and I had met so many amazing people. During my time there, my group of friends mass text me telling me I should apply for the show. I immediately shot it down because I didn’t feel it was the right time and reality TV wasn’t really for me. After days of convincing, I decided to make the video but wasn’t happy with it so I never sent it in. After I returned to Canada, and a day before the video was due, my friends convinced me to send it in. Worst case scenario I made a funny video and that’s that. A day after I sent the video in, I received an email that the director would love to talk to me and the rest is history.

KK: The one piece of advice I would give anyone, whether it be acting or any other dream: stop caring about what other people say and do what’s best for you. Sometimes, just living in the moment and going through the ups and downs is what’s going to make you stronger, better and more mentally prepared. Stop caring about the people that say “no, that won’t happen, that’s stupid, its impossible”. If those are the people you have in your life, you need to find new people. Find people that support your wildest dreams. Those who will have your back while you’re down and be there for you. Without a support system, it’s extremely tough.

KK: My first acting gig that I can remember is playing the role of Aladdin in my grade 7 play. We did multiple shows for our school, friends and family. It felt so perfect for me (I mean, I know I’m Indian so of course that was a good match haha) but the energy and rehearsals. I loved it. I just want to always be working and growing.

KK: What I enjoy the most about acting is that feeling of excitement you get once your agent tells you you’ve booked the part. It’s a high like any other. I don’t even know what a good comparison would be. I love when the director yells out action and cut. The time you get in-between those two small words is what I live for.

In your opinion, why do you think shows like Bachelor in Paradise Canada are so popular?

KK: In my opinion, they are so popular because there are always characters on these types of shows. The drama is usually very entertaining and I feel like people want to escape their reality for a moment and forget about their problems to watch other people’s problems unfold. Not to mention some of the stuff is relatable.