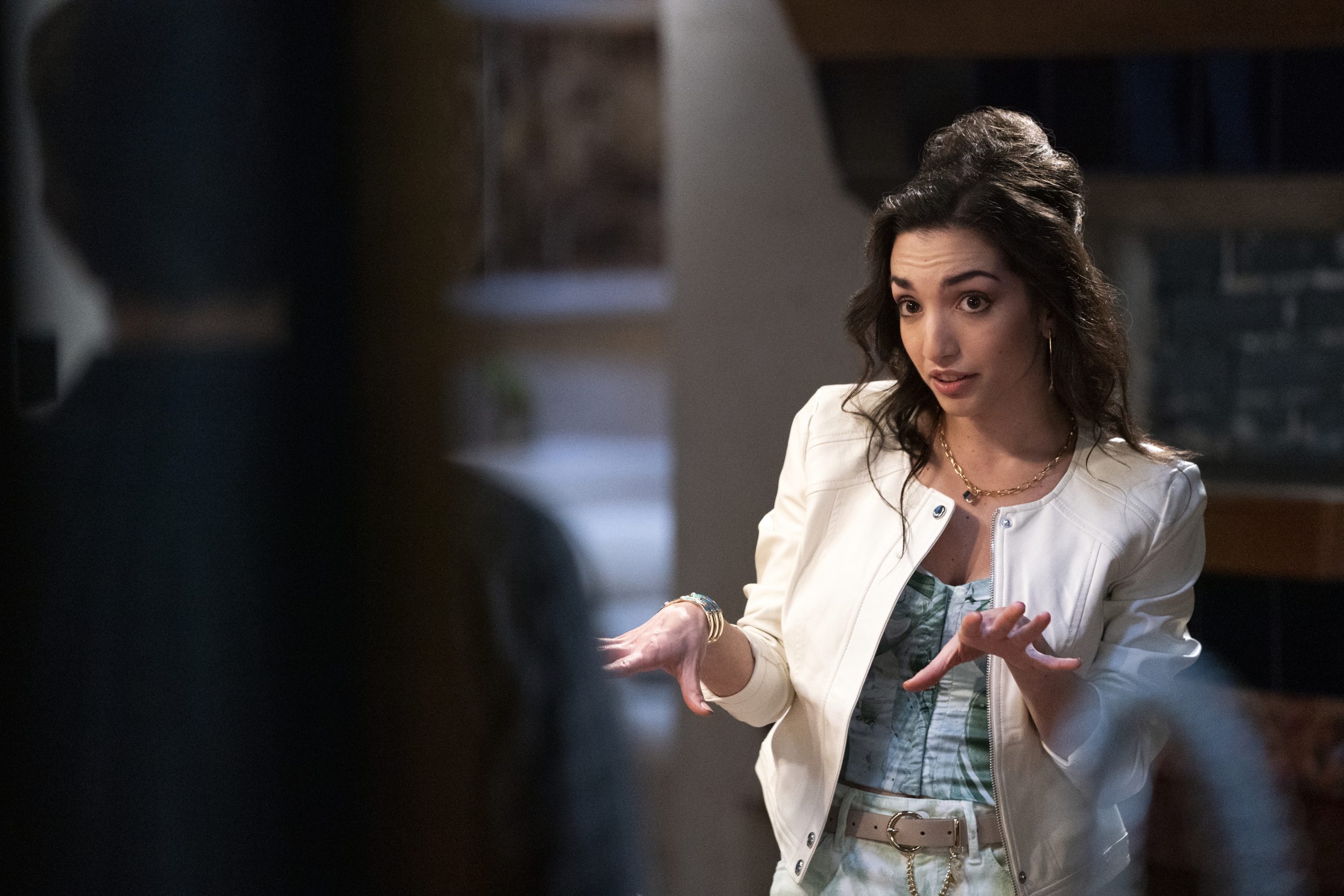 If you’ve already watched Netflix’s season 4 of Cobra Kai, you might have noticed a new character appearing in the 8th episode. We are introduced to Daniel LaRusso’s (Ralph Macchio) cousin, Vanessa, who is the sister of Louie LaRusso, Jr. (Bret Ernst). Vanessa is played by actress Julia Macchio, who is in fact the daughter of Ralph Macchio. Vanessa is a grad student in child psychology who offers to help the LaRusso’s by analyzing Anthony in light of his recent bullying. It is one of the highlights of the episode and Julia executed the role hilariously. We recently were joined by Julia Macchio on the Popternative show to discuss her part in season 4 of Cobra Kai, how it was working with her father, and lots more.

Julia explains that it was in October of 2020 when the conversation first started about her playing Vanessa. But Julia also makes it clear that she never assumed she would have a role: “I didn’t want to expect anything because I understand you have to play to what’s selling, and the characters that people are watching and loving […] I was genuinely surprised.”

Check out the full interview with Julia Macchio below.