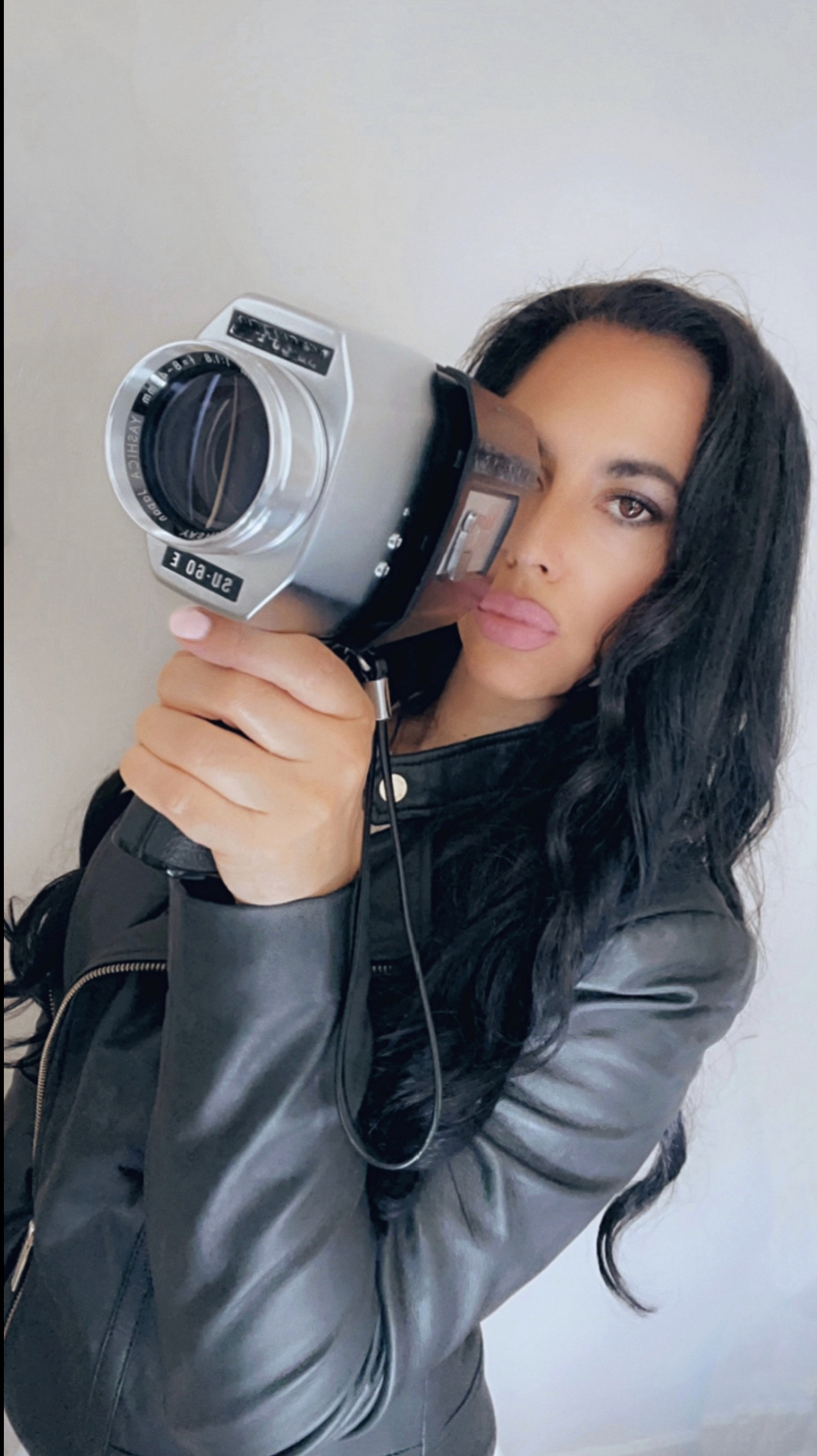 In August, Showtime Sports Documentary Films announced STAND, a raw and unflinching examination of the courageous and remarkable life of basketball star and social justice activist Mahmoud Abdul-Rauf, would premiere on Showtime in early 2023. The film is directed by Joslyn Rose Lyons, making her feature-length directorial debut.

The feature-length documentary includes the voices of some of the biggest names in sports and entertainment and details Abdul-Rauf’s unprecedented journey from schoolboy prodigy to NBA All-Rookie team to national pariah. In terms of his athletic abilities and activism, he was Stephen Curry before Stephen Curry and Colin Kaepernick before Colin Kaepernick.

We recently spoke with director Joslyn Rose Lyons about her feature-length directorial debut STAND, as well as her diverse background in directing, producing, and writing. Check out our conversation below.

When did you decide that directing was something you wanted to do?

Joslyn Rose Lyons (JRL): I studied film production and film theory at California College of the Arts and UC Berkeley. During my studies, I worked at an Emmy Award-winning production company on projects for Discovery Channel, MSNBC, PBS, and that’s when I started producing my first documentary Soundz of Spirit, the film explored the creative process and spiritual connection in Hip Hop. The film premiered at HBO Urbanworld, and won Best Music Documentary at the New York.

I’ve always had a passion for music and exploring the creative process, so it was a natural progression for me to produce shows for BET, including Rap City with Wu-Tang Clan, the first Music Matters Grammy Showcase at Creative Artists Agency with PJ Morton, Mack Wilds, and BET Awards Celebrity Basketball with Nick Cannon, Chris Brown, Victor Oladipo, Jemele Hill,  Angela Yee, Trevor Jackson, and Lil Rey Howery. My work in music television led me to directing a number of music videos that premiered on MTV, BET, and VH1, including a special for Mali Music on ‘what it means to be beautiful’ featuring Brely Evans, Robbi Reed, and Wendy Raquel Robinson.

I have always been inspired by the intersection of art and social justice. My first short film starred Academy Award-winning actor Mahershala Ali and won at the Link TV: One Nation, Many Voices Muslim American Film Competition. I directed and produced Imagine Justice with Academy Award-winning actor/rapper Common and his Imagine Justice organization, which is dedicated to empowering communities and fighting injustice. I served as a producer on Speaking Truth to Power (Lionsgate/STARZ), which featured Barbara Lee, Ayanna Presley, Alexandria Ocasio-Cortez, Alice Walker, Van Jones, Cory Booker, and Danny Glover, winning Outstanding Documentary at the 2022 NAACP Image Awards, in which I teamed with #TakeTheLead, STARZ’s commitment to amplifying narratives by, about and for women and underrepresented audiences. My short LOOKING GLASS, was positively received, premiering at SUNDANCE London, and has picked up numerous awards including The American Film Awards, and TopShorts Best Female Director. My latest short starring Hill Harper and J. Alphonse Nicholson picked up the Best Director award at the 7th edition of LA independent Women Film Awards.

What can you tell us about STAND?

JRL: As noted in Variety, STAND explores the personal and professional struggles of Abdul-Rauf, from being bullied as a child due to his Tourette’s syndrome to becoming a target of hate speech and Islamophobia during his basketball career. The documentary film features exclusive interviews with several basketball and entertainment stars including Stephen Curry, Steve Kerr, Shaquille O’Neal, Jalen Rose, Mahershala Ali and Ice Cube.

What are some specific goals in mind with this film?

JRL: We are still in-post production. Showtime Sports Documentary Films is set to release the documentary feature in early 2023 and it’s been a profoundly inspiring and deeply satisfying creative process so far. It is films like this that allow my creativity and imagination to run free like a wild horse, and in that process I find a sense of freedom. I think we are drawn to things that allow us to feel freedom. Cinema allows me to play in my own shadows and inspires me to keep searching for the light. One of my goals with directing STAND is to help shine a light on the areas of Mahmoud’s life that were left out of focus.

What do you think is the best part about being a storyteller?

JRL: I believe our job as storytellers is much like that of the ancient wisdom keeper, there is great medicine in our stories. Cinema speaks that universal language, it surpasses time, and can elevate the mind, just like music, cinema makes you feel things. To me, the job of a storyteller, or artist of any kind, is to help us feel something. Even if it’s just remembering what it’s like to feel, or getting us in touch with uncharted lands within. I have always been drawn to expressing myself in the language of cinema and I have a responsibility to be a clear vessel, a clear channel, for these stories to come through to shine their light into the world.

What advice would you have to up-and-coming creators and storytellers?

JRL: One of my favorite books, The Big Leap, goes into this concept that in order to take that big leap from your excellent zone, to your genius zone, you have to identify your upper limits problem, which can manifest itself in the form of fears, doubts, a thought pattern or in relationships. The genius zone is a place of alignment with your higher calling; for me it’s just being in the flow with creation. It takes courage to create. We sometimes have to let go of things, in order to make room for this process to unfold. Pressure makes the diamond, friction forms the pearl. So the resistance is needed in order to make great work, so changing the way we look at obstacles as a sign post to keep believing in your vision, and keep seeking the light.

When people watch STAND, what are you hoping they get out of it?

JRL: I love this quote by 2PAC: “I’m not saying I’m gonna change the world, but I guarantee that I will spark the brain that will change the world.” That’s what I would want my films to do, to be that spark for change and a desire to seek the light, and use that light to illuminate the path ahead.