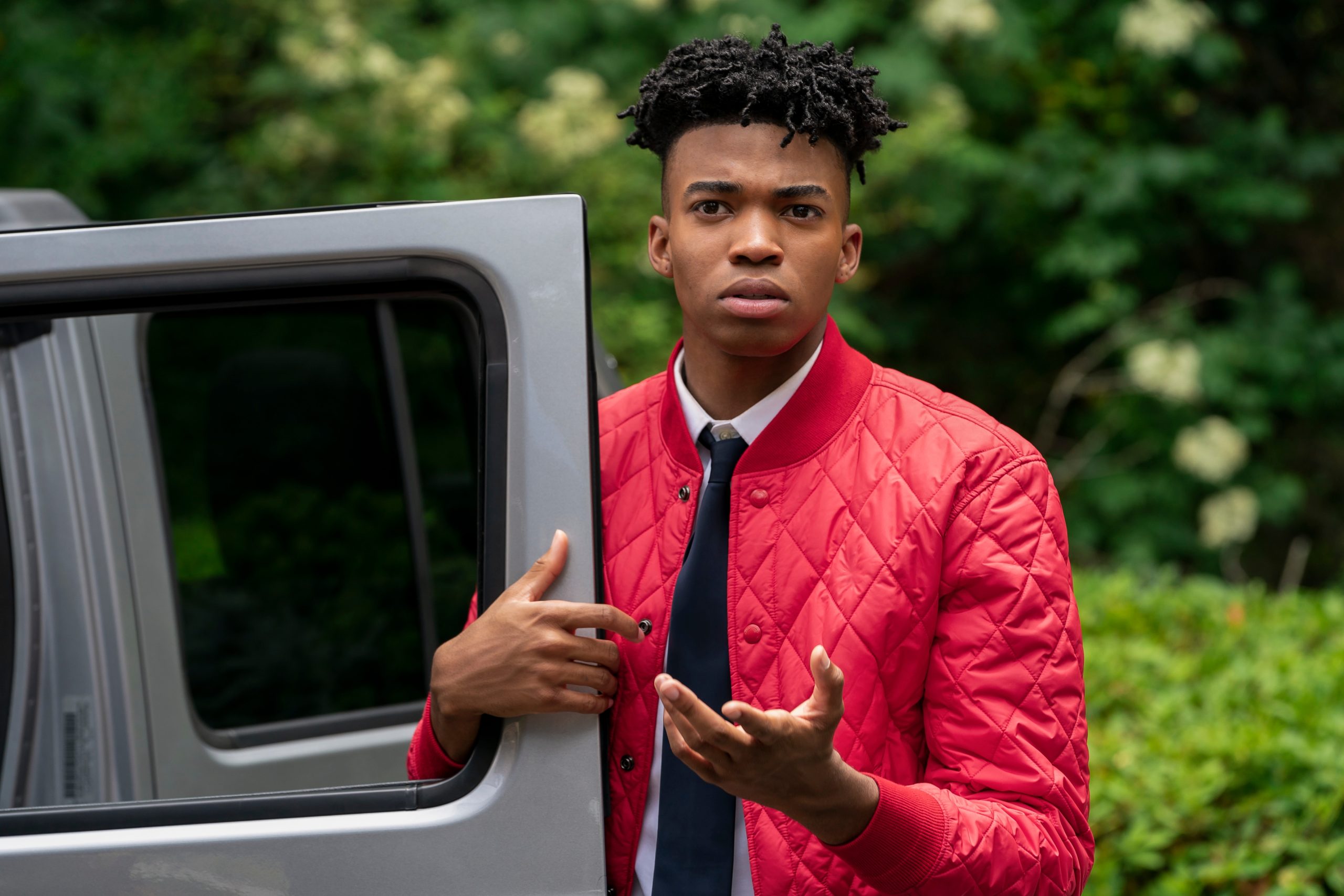 We were joined on the Popternative show by Jonas Dylan Allen who plays Ben in Netflix‘s LGBTQ+ vampire drama series First Kill. All 8 episodes premiered on June 10th, 2022 and is based on a short story in the anthology Vampires Never Get Old: Tales with Fresh Bite written by YA author V.E. Schwab.

The series follows teenage vampire Juliette (Sarah Catherine Hook) who must make her first kill so she can take her place among a powerful vampire family. She soon sets her sights on a new girl in town named Calliope (Imani Lewis). But to Juliette’s surprise, Calliope is a vampire hunter from a family of celebrated monster slayers. Both teens find that the other won’t be so easy to kill and, unfortunately, are way too easy to fall for.

Jonas plays Juliette’s best friend Ben, who at first is not aware of her true identity as a vampire, nor of Calliope’s monster hunter identity. In our interview, we discuss the excitement of the series finally being out on Netflix and it being his first TV series. He also talks about the global fan reception of the series and his thoughts on his character’s development throughout season 1.

Watch the full interview with Jonas Dylan Allen below.

All 8 episodes of First Kill are streaming on Netflix.