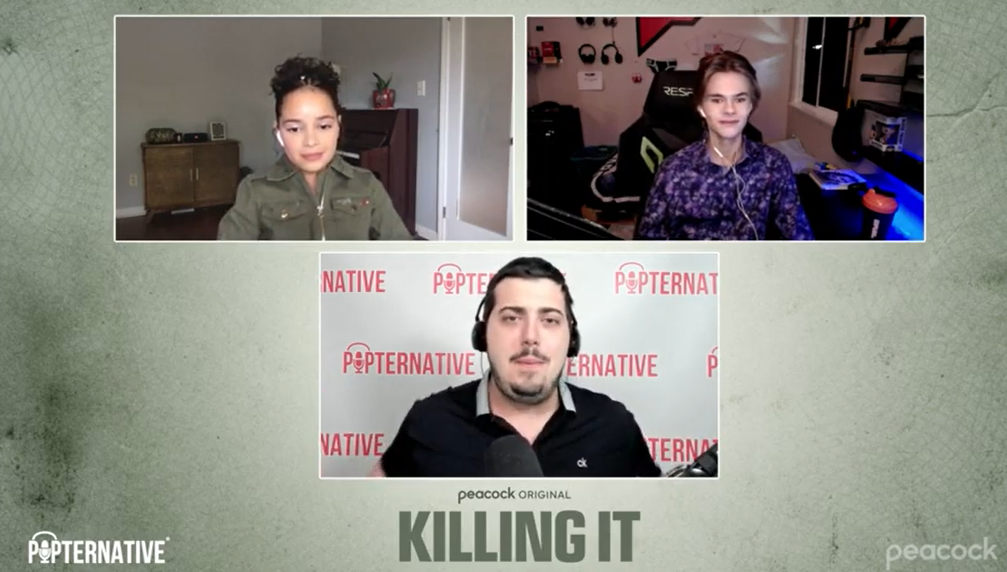 We spoke with Jet Miller and Wyatt Walter on the Popternative show about the new comedy series Killing It which is currently streaming on Peacock.

In our interview, Jet talks about her scenes with Craig Robinson and Wyatt talks about his scenes with Scott MacArthur. We also discuss that while Killing It is a comedy series that will have you laughing, there are imporant issues and messages at play as well.

You can watch the full interview with Jet and Wyatt below.