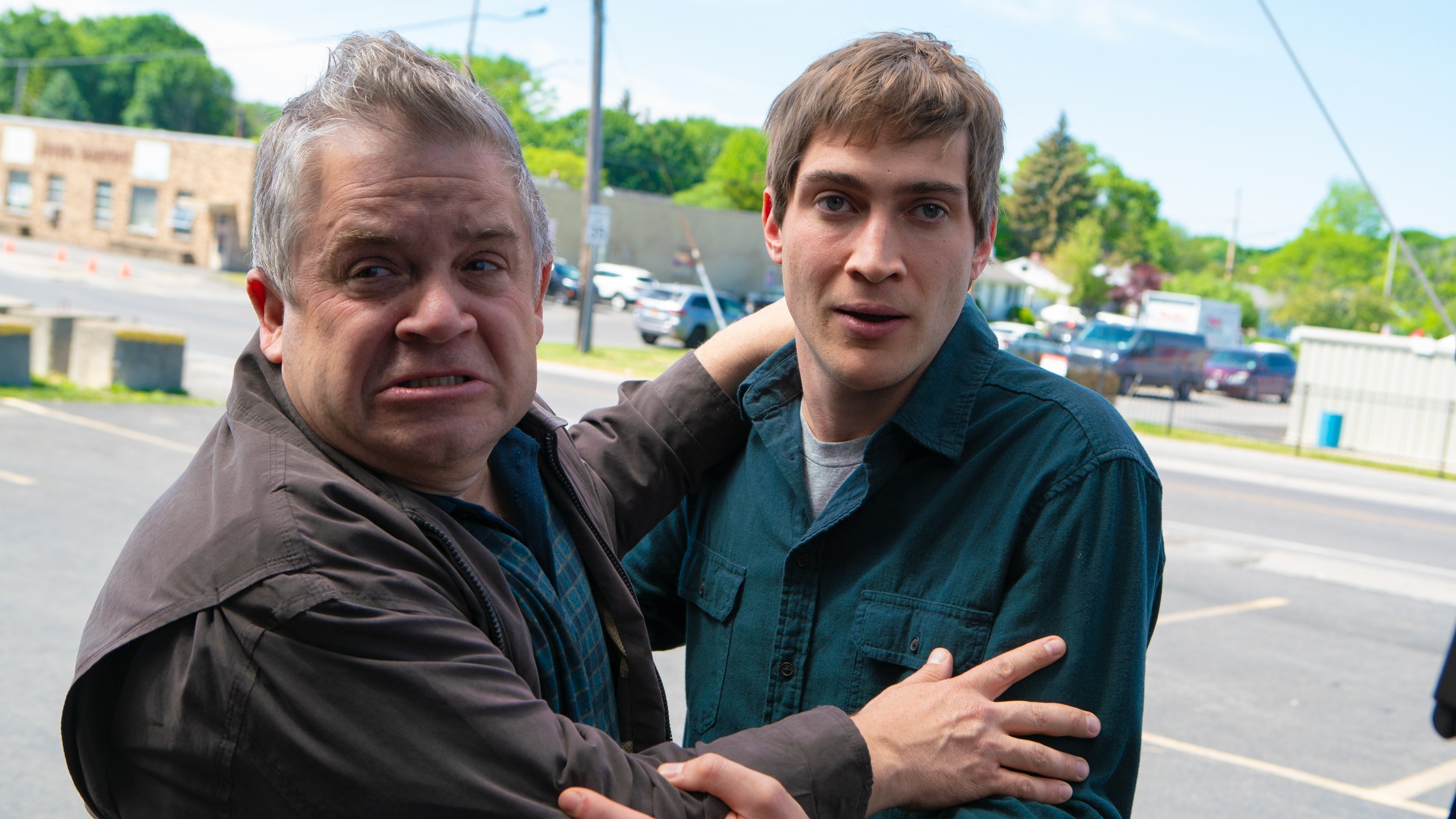 Writer, director, and actor James Morosini took his true life experience of being catfished by his own father and made it into a feature film titled I Love My Dad. James stars in it alongside Patton Oswald, Claudia Sulewski, Lil Rel Howery, Rachel Dratch, Amy Landecker and Ricky Velez. The official logline reads: “A hopelessly estranged father catfishes his son in an attempt to reconnect. Inspired by a true story. Like, this literally happened to me.”

The cringe comedy, which premiered at SXSW, follows Chuck (Patton Oswalt), a hopelessly estranged father who desperately wants to reconnect with his troubled son, Franklin (James Morosini). Blocked on social media and concerned for his son’s life, Chuck impersonates a waitress online and starts checking in with Franklin. But things begin to spiral when Franklin falls for this imaginary girl (Claudia Sulewski) and wants nothing more than to meet her in person, as Chuck has inadvertently catfished his own son.

We were joined on the Popternative show by James Morosini, Claudia Sulewski and Rachel Dratch to discuss the new movie and some of the deeper messages woven into the comedy.

I Love My Dad will be available on VOD August 12.