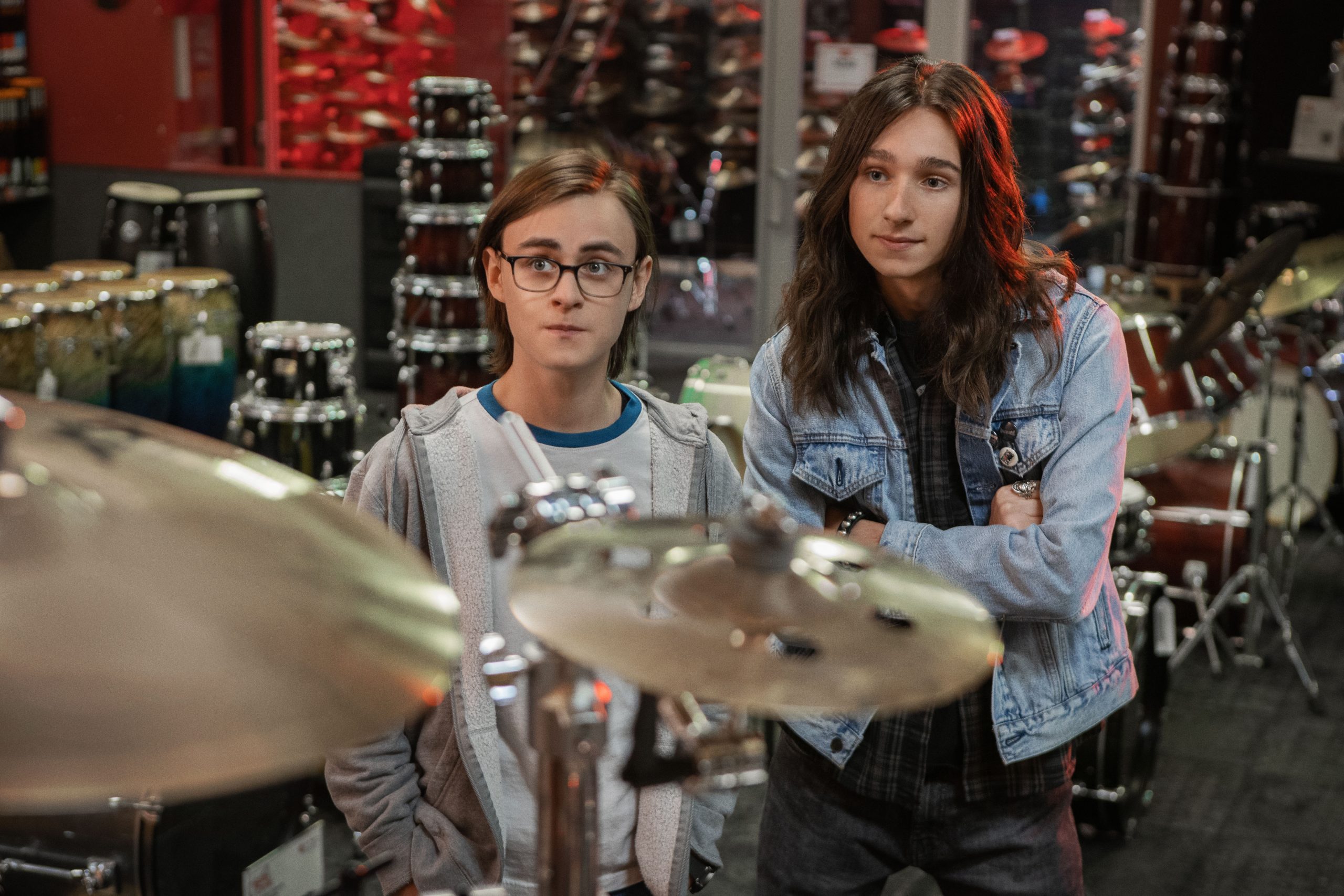 Metal Lords Synopsis
Two kids want to start a heavy metal band in a high school where exactly two kids care about heavy metal. Hunter (Adrian Greensmith) is a diehard metal fan who knows his history and shreds. His dream is to win the upcoming battle of the bands. He enlists his best friend Kevin (Jaeden Martell) to take on the drums. But with schoolmates more interested in Bieber than Black Sabbath, finding a bassist is a struggle, until Kevin overhears Emily (Isis Hainsworth) playing her cello. The crew must contend with school, parents, hormones and teen angst while trying to get along long enough for their band to win the battle of the bands.

In our interview (below), we asked the trio what it was like filming the epic battle of the bands scene, their metal music knowledge prior to making this film, and what they hope audiences take away when they watch it.