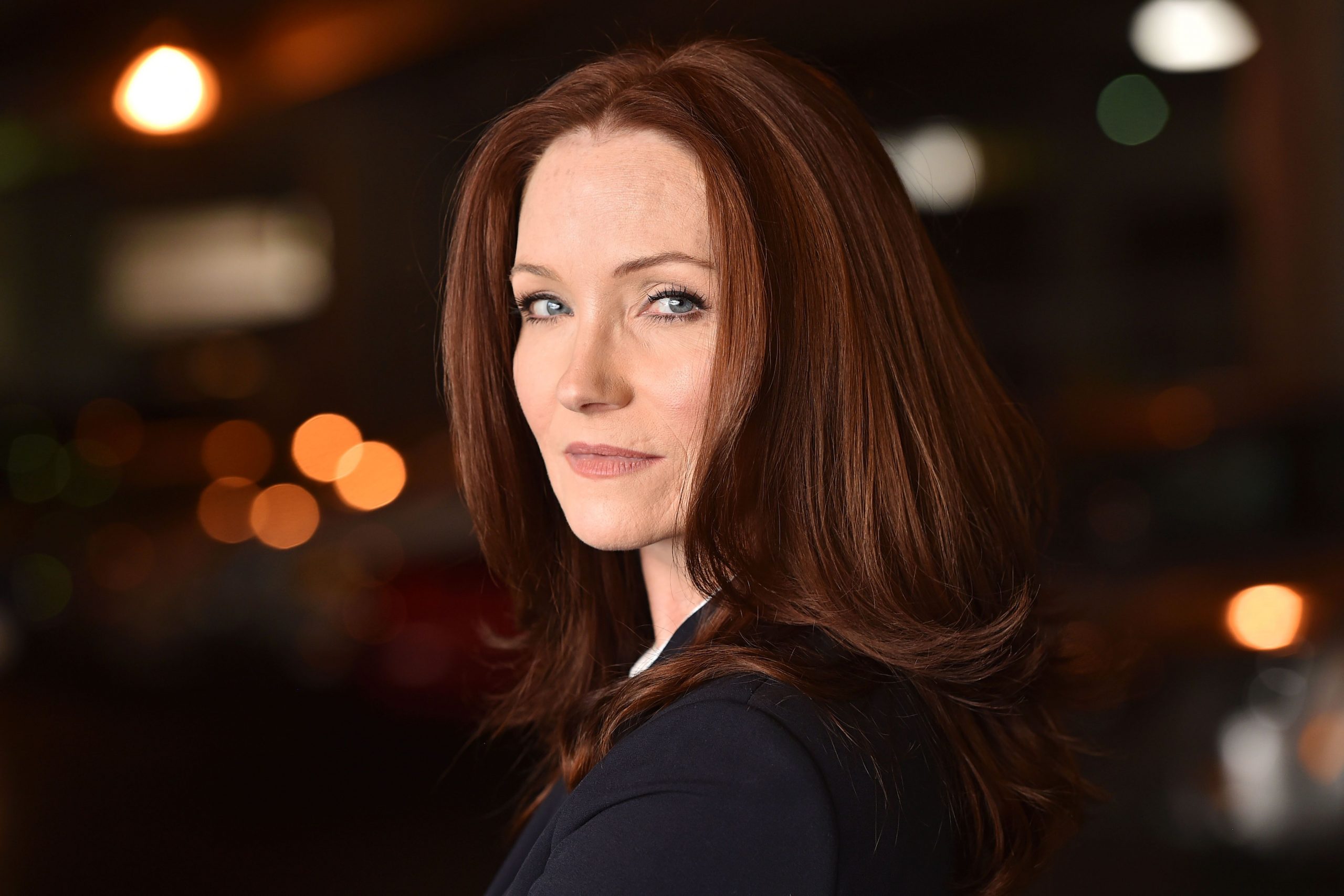 We had the chance to catch up with Jackie Goldston who plays The Secretary in Doom Patrol which streams on HBO Max. We discuss her acting career, and what fans can expect from Doom Patrol‘s third season, which premiered on September 23, 2021.
Image credit: Bjoern Kommerrell

JG: Growing up an only child with 2 working parents, I had to entertain myself. I was very much the introvert. I had NO personality! Ha! After being handed roles in grade school and high school, it led me to realize how much personality I was able to have… on stage as someone else. I got hooked. It’s a lesson in psychology; getting to know so many different kinds of people, their motives for their actions, and how they think. It gives me empathy for every character I take on and interact with.

What was it like to prepare for your role in Doom Patrol?

JG: I had the opportunity to audition for a role called ‘The Secretary,’ for this show called ‘Doom Patrol,’ and I had never heard of it. I researched and found out it was a comic book series, but there was never any mention of this ‘Secretary.’ I created a persona according to my own knowledge of what I found in the audition script. I was never given a full script either. Imagine my surprise when we shot episode 6 in season 1 – the first time all of Jane’s personalities make their grand entrance in Jane Patrol. I finally realize that I am one of 64 personalities to this character who has Dissociative Identity Disorder (DID). Whoa! Totally blown away.

JG: She is a hard nut to crack, to be honest. Mostly described as emotionless and highly intelligent, I think of her as the voice of blunt reason for Jane. Sometimes she can be careful with her words, as she was in Jane Patrol.  Other times, she is expository. I think because she doesn’t have a lot of emotion compared to the other personas, Jane can perceive The Secretary as more of a safe place. A place where she knows she will get the straight scoop without the drama.

When people watch Doom Patrol, what are you hoping they get out of it?

JG: I’ve had fans reach out to me and tell me how much Jane’s story has meant to them. With all the various issues that Doom Patrol tackles, I hope that people will learn ways of coping with who they are. I hope that it makes people more sympathetic toward others. We all have our stuff. Some of it is visible, but most of it is not. Consider what that other person may be dealing with and let the anger go.

JG: Besides my family and most precious grandquishies on the planet?! We have a yellow lab, Skye, that I work with everyday. We don’t call them tricks. We call it ‘work.’ Skye LOVES to work. It’s what she was born to do.  I work her on things she already knows, and I teach her new things all the time. My husband and I love to travel and have adventures. I’ve definitely become more fearless the older I get! I love photographing those adventures. My dad was a geologist in Southern California and gave me a love of the earth, rocks, water. I shoot actor headshots and video their taped auditions. I also coach and mentor other actors. Several years ago, I began a program to help aspiring actors who couldn’t afford the pricey headshots. Partnering with them as not only their headshot photographer, but also a mentor, is so fulfilling. I’ve seen such great things happen, and it’s like watching my own kids succeed.

What can we expect from season 3 of Doom Patrol on HBO Max?

JG: This is the best season yet! With the introduction of new characters and more craziness, it is going to blow your mind (I’ll refrain from adding colorful Cliff-like language).

JG: Not booking is NORMAL. But the reality is that we need hope. I’ve been at this for a long while, and this is my first recurring role.  It sounds cliché, but it truly does take tenacity, persistence, patience, perseverance. The now famous story about Mark Ruffalo having 600 auditions before he booked his first role is what almost all of us long-haul actors have experienced as well. I describe it for non-actors like this:  if they had to interview for a job everyday and be told ’No’ every single day for 2-3years in a row, what would that feel like? We have to be okay with ourselves, and knowwithout a doubt, that not booking a job is the norm. Find yourself a source of income for food, rent, insurance. It’s not a plan B, it’s being smart.