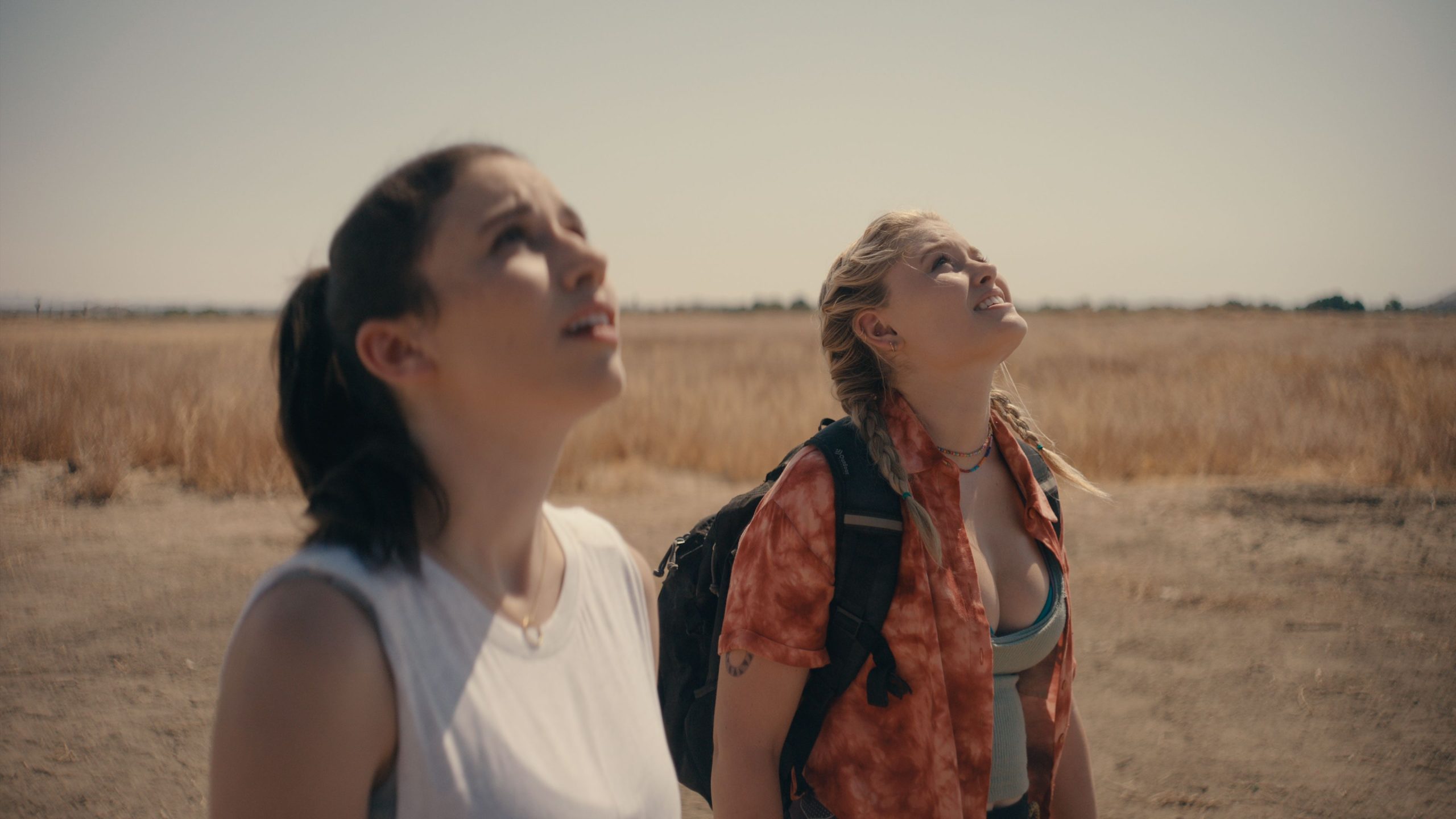 The producers of 2017’s shark thriller 47 Meters Down are back with a new adrenaline-fueled film, Fall, which is now playing in theaters only. “This is a unique experience that you have to see in theaters,” says producer James Harris. “It’s like a ride. Vertigo is one of our biggest fears, and this film maximises it,” he also explains. Directed by Scott Mann, Fall initially was an idea for a short film by Scott and his regular cowriter Jonathan Frank (Heist). It stars Grace Caroline Currey (Shazam!) and Virginia Gardner (Runaways) and features Mason Gooding (Love, Victor) and Jeffrey Dean Morgan (The Walking Dead).

Fall Synopsis
For best friends Becky (Grace Caroline Currey) and Hunter (Virginia Gardner), life is all about conquering fears and pushing limits. But after they climb 2,000 feet to the top of a remote, abandoned radio tower, they find themselves stranded with no way down. Now Becky and Hunter’s expert climbing skills will be put to the ultimate test as they desperately fight to survive the elements, a lack of supplies, and vertigo-inducing heights.

We were joined on the Popternative show by Fall stars Grace Caroline Currey and Virginia Gardner to discuss what it was like for them to film most of their scenes on a small platform in addition to the extreme physical aspect of their scenes.

Watch the full interview with Grace and Virginia below.

Fall is now playing in theaters.