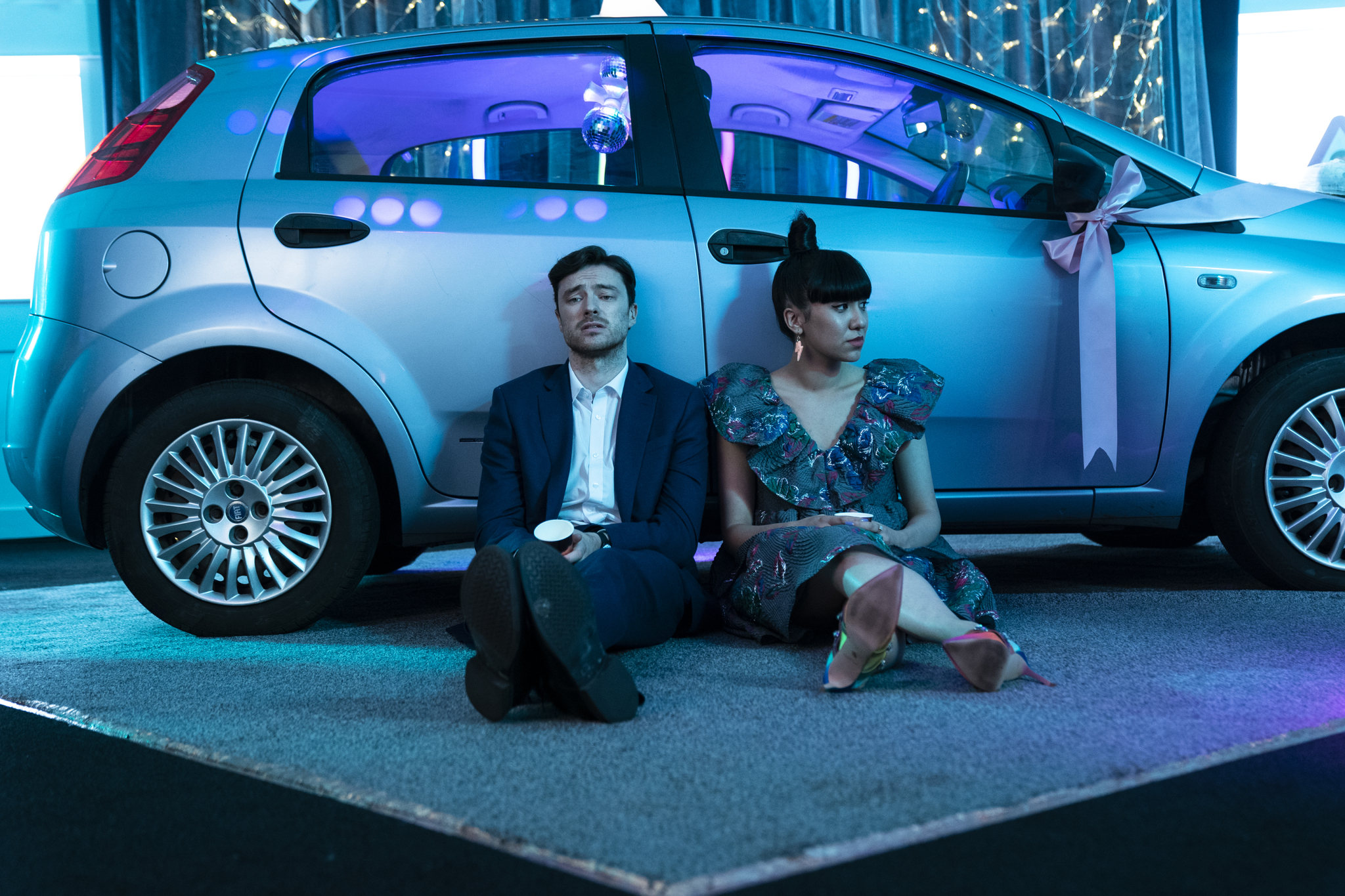 We were joined on the Popternative show by Gavin Drea who stars in the new rom-com thriller Wedding Season premiering on September 8th on Hulu. This genre-bending series tells the story of Katie (Rosa Salazar) and Stefan (Gavin Drea) who fall for each other at a wedding and begin an affair, despite Katie already having a fiancé. Two months later at Katie’s wedding, her new husband and his entire family are murdered. The police think Stefan did it. Stefan thinks Katie did it. And no one knows for sure what the truth is.

Jade Harrison, Jamie Michie, Callie Cooke, Bhav Joshi, Ioanna Kimbrook and Omar Baroud are also cast in the series which spans across the UK and the US.

In our interview, Gavin tells us about the several genres mixed into Wedding Season: “With so much streaming, people have seen so many stories, and I think what’s great about this one is its ability to subvert the genres and our expectations.” He also mentions when he was reading the script, he was constantly surprised by the twists as well as the action-thriller and romance elements.

All 8 episodes of Wedding Season will be available to stream on Hulu on September 8th.