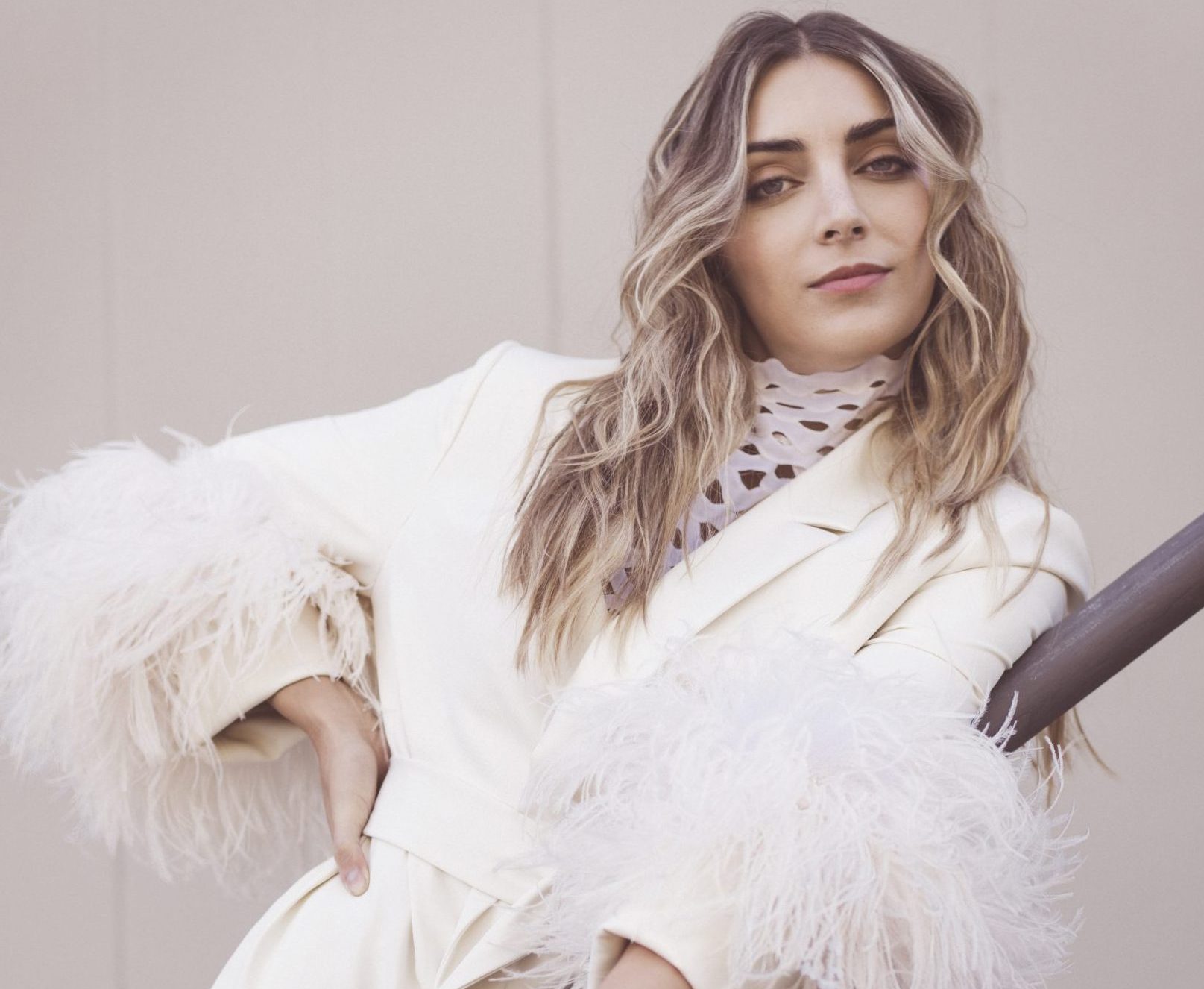 We had the pleasure of chatting with record-breaking performance car builder, driver and actor Emelia Hartford about Netflix’s upcoming holiday film, City Lights. City Lights will drop on Netflix on December 16, and is the sequel to Netflix’s 2020 popular holiday film, A California Christmas. Emelia Hartford gave us in-depth answers to our questions about how she got into driving, her recent ad with Chevy, acting, her YouTube channel, and lots more! Check it out below.
Image credit: Diana Ragland

When did your love for cars officially start? At a very young age?

Emelia Hartford (EH): Surprisingly no, but for as long as I can remember I definitely preferred Tonka Trucks over Barbie Dolls and video games like the racing game Midnight Club: Los Angeles. My mom used to tell people my middle name was Daredevil growing up. But my love for cars didn’t officially start until I got my driver’s license. I lost my dad when I was 15 years old, right before turning 16 and getting my driver’s license, so for me, getting my license was a sense of freedom and escape. When I purchased my first car, I bought a manual (because the internet told me it was cooler). It was super frustrating learning to drive stick, and I definitely roasted the clutch on my way home, but I wanted to perfect it.

I wanted to learn how to shift perfectly, come to a complete stop uphill, and learn how not to stall, and soon after a more advanced technique called “heel-toe” which is the art of down-shifting while braking, while simultaneously using your heel to blip the gas to rev match (matching the speed of the engine to the speed of the transmission to not throw off the balance of the car) But I digress lol… Driving became an obsession that helped clear my mind. I’m naturally very goal-oriented and passionate about the things I do, so it wasn’t long before I felt confident in my driving abilities and wanted to start modifying my car to make it go faster.

What was it like being part of the most recent ad for Chevy?

EH: Absolutely unbelievable! If you had told me when I was younger that I would have the opportunity to be on a National Commercial and Film Documentary for the new 2023 Corvette Z06 because my team and I built at one point the world’s fastest C8 Corvette?? I’m not sure I would believe it. Especially because I started on the Chevy small block platform and I’ve always been a big advocate for their performance engines. It’s also just amazing to see a major brand like that take a chance with me and believe in me for being the right person to help represent their new supercar. I feel like it’s a big step for both sides to leverage enthusiasts and content creators in this way. I just feel very fortunate to be that person and be part of something so monumental!

What is the best thing about being a driver in your opinion?

EH: I don’t want to take too much credit for being a driver. There are so many very talented drivers out there who could whoop my butt, haha. But ultimately, you create a relationship with your car. You create emotions and feelings. There is something beautiful and artistic about a man (or woman) and machine working together to achieve a goal. Plus, I am somewhat of a thrill seeker, and high-speed driving can be some of the most fun a person can have.

What can you tell us about City Lights coming to Netflix?

EH: That it’s going to be the biggest hit of the holidays! For those who are unfamiliar, City Lights is the sequel to California Christmas (the #1 movie on Netflix during the 2020 holidays). It was such a feel-good movie everyone needed during the holiday times that I think it just hit home at the right time. City Lights follows that story one year later and carries the feel-good vibe by seeing the two main characters “Callie” played by Lauren Swickard and “Joseph” played by Josh Swickard, leave the farm and go back to the city to handle Joseph’s family affairs. I play Lindsey, a boppy upper-class arm candy to Joseph’s college bro “Kirk” played by Daniel Booko. It was a fun role for me because it was essentially playing the girly girl that I never was and I got to get all dolled up (which is always fun compared to dirt under my nails)! I feel so fortunate to play a role in a major movie and be involved in the storytelling process. Especially with the greatest cast and crew, I could ever ask for. I can’t speak highly enough of them all. And yes, the lead characters are married to a newborn in real life! Go watch it on Netflix on December 16th!

What advice would you have to up-and-coming YouTubers?

EH: First and foremost, it’s not too late! More than ever people are watching content, so don’t feel like you missed the wagon in any way! Find your niche, something you love, and get after it. Youtube is a grind, so it’s very important (to me at least) to make sure the content is surrounded around something you love doing. I can count more all-nighters I’ve pulled than I have in fingers and toes, so I’m thankful it’s revolved around an incredible community and something I love to do. Lastly and most importantly, your fans and viewers are everything. Everything I create is to inspire and entertain and support them. I can express this enough, to be successful you have to make great content and be in it for the right reasons. I am always thinking “How can I make my content better?” “How can I give my viewers and fans a better experience?”. YouTube is an incredible platform because everyone has an opportunity to tell a story and find their audience. So at the end of the day, you have to make your audience the priority and give them everything you got.

Outside of cars, driving, acting, what else are you interested in?

EH: Haha! The better question is what do I have the time for! I’m just joking, sorta lol, I’ll always be an adrenaline junkie. I love snowboarding, wakeboarding, and rock climbing. When I have the opportunity, I’ll play my piano, but cars, driving, and acting are the three things that are always on my mind because it’s what I love the most. I also watch a lot of movies and love going to the theater, but I feel like that’s a given when it comes to acting!

EH: The best advice is a tough one. I’ve received lots of great advice, but sometimes things will resonate with me differently depending on when I need to hear them the most. I’m naturally a competitive person, but with myself. So I can be very hard on myself at times. The cheesy answer is to have fun with it, but I think that’s the truth. BE PREPARED. But don’t be afraid to take risks. And the most important thing is finding a safe place to practice your craft. It’s a muscle like anything else, so you need to be actively working on it, building it, and keeping it strong.

EH: I can’t spill too much, but I will tease that there is definitely another Netflix credit coming soon 😉 Unfortunately, I can’t say more, but for anyone reading, I’d definitely recommend following my YouTube channel and Instagram, easily searchable by my name. That will be the best way to follow my journey and stay up to date with the latest news!