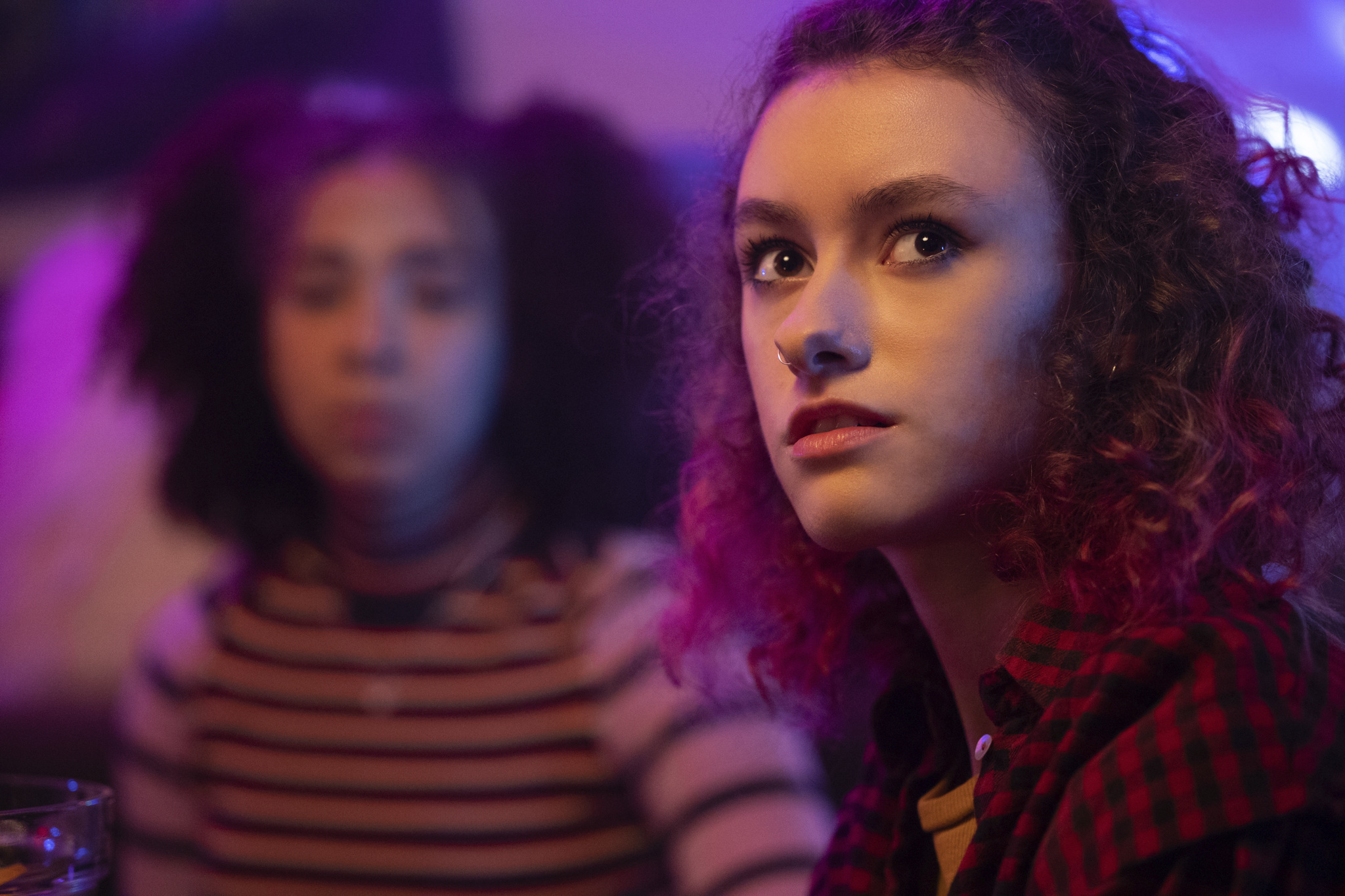 Photo by: Allister Foster, Mackenzie Walker. Courtesy of Lifetime
We chatted with Ella Dixon who stars in the upcoming filmThe Bad Seed Returns which is premiering on Labor Day September 5th on Lifetime. The film, which is a sequel to the 2018 remake of the 1956 horror film, follows Emma (Mckenna Grace), a typical teenage girl who is anything but that. Meanwhile, a new girl at school (Ella Dixon) seems to know Emma’s secrets, leaving Emma to take care of her enemies by any means necessary.

Ella tells us about about her character in the movie, what viewers can expect from The Bad Seed Returns and her acting experiences. Check out our conversation below!

Ella Dixon (ED): I’ve written and been in plays since I was very young, but I didn’t know that I wanted to be professional until I was 12 or so. I was a big fan of Orphan Black, and watching Tatiana Maslany’s work was incredibly inspiring to me. I had the opportunity to meet her, she was so gracious and down to earth. It was a weekend that culminated with me going to see Hamilton, which was definitely the cherry on top. I think from that point on I knew that the acting world was where I needed to be.

What can you tell us about The Bad Seed Returns?

ED: The Bad Seed Returns is a sequel to The Bad Seed, where audiences get to see Emma in a very different place in life. She’s living with her aunt, she has friends…she’s definitely very comfortable. Ultimately, though, there’s a shift when my character, Kat, shows up. Kat knows all about Emma and her dark past, and that threat rocks the boat for Emma. Audiences see her in a position she’s never really been in before; I think she’s met her match in Kat. For better or for worse, the collision between these two girls will have a huge impact on both their lives.

ED: Kat is incredibly tough, a fighter…but she’s much more vulnerable than she lets on. She’s already clashed with Emma before, and she knows exactly what Emma is. She’s been through a lot in life, and so when she’s thrust back into Emma’s world, she shows up on a mission, and isn’t about to let anything get in her way.

ED: Outside of acting, I love writing, screenplays especially. During quarantine, I wrote a five-part limited series and two short films. I’m also a major hockey fan. It extends to my entire family, actually. My dad and I go to Vancouver Canucks games whenever we can, and when it’s playoff season we always get really into it. I used to play ice hockey when I was younger, too.

What are some goals that you have for yourself with acting and storytelling?

ED: I know that I have so much to learn, both in acting and in storytelling. And I hope that for the rest of my life, I will continue to learn, that it becomes a never-ending process of going deeper and deeper into my craft. I would say above all else, I want to work on roles that challenge me, with a cast and crew that demand the best of me. It would also be such a dream to get my limited series produced, and to see that story come to life