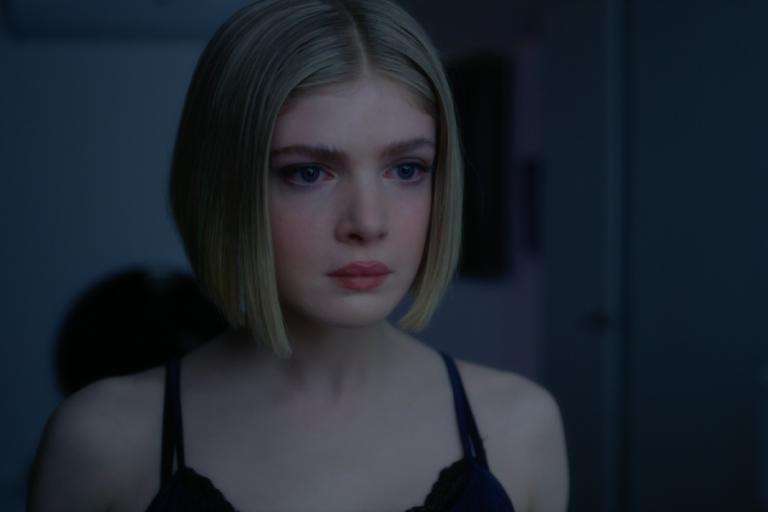 We were joined on the Popternative show by Elena Kampouris (Jupiter’s Legacy, My Big Fat Greek Wedding 2) to discuss her new sci-fi thriller Wifelike where she stars alongside Jonathan Rhys Meyers (Vikings, The Tudors).

Directed by James Bird (We Are Boats), the film follows a grieving detective in the near-future (Jonathan Rhys Meyers) who hunts down criminals trading artificial humans on the black market. In order to end AI exploitation, an underground resistance attempts to infiltrate him by sabotaging the programming of the artificial human assigned as his companion (Elena Kampouris) to behave like his late wife. But she soon begins to question her reality as memories of a past life begin to emerge.

In our interview, Elena discusses what went into preparing for her role as an artificial human from the way she moves, blinks, speaks and even swallows. She also tells us about the important messaging behind the film in regards to women and society, and what it was like working with Jonathan Rhys Meyers.

Watch the full interview with Elena Kampouris below.

Wifelike is now available on On Digital and On Demand.