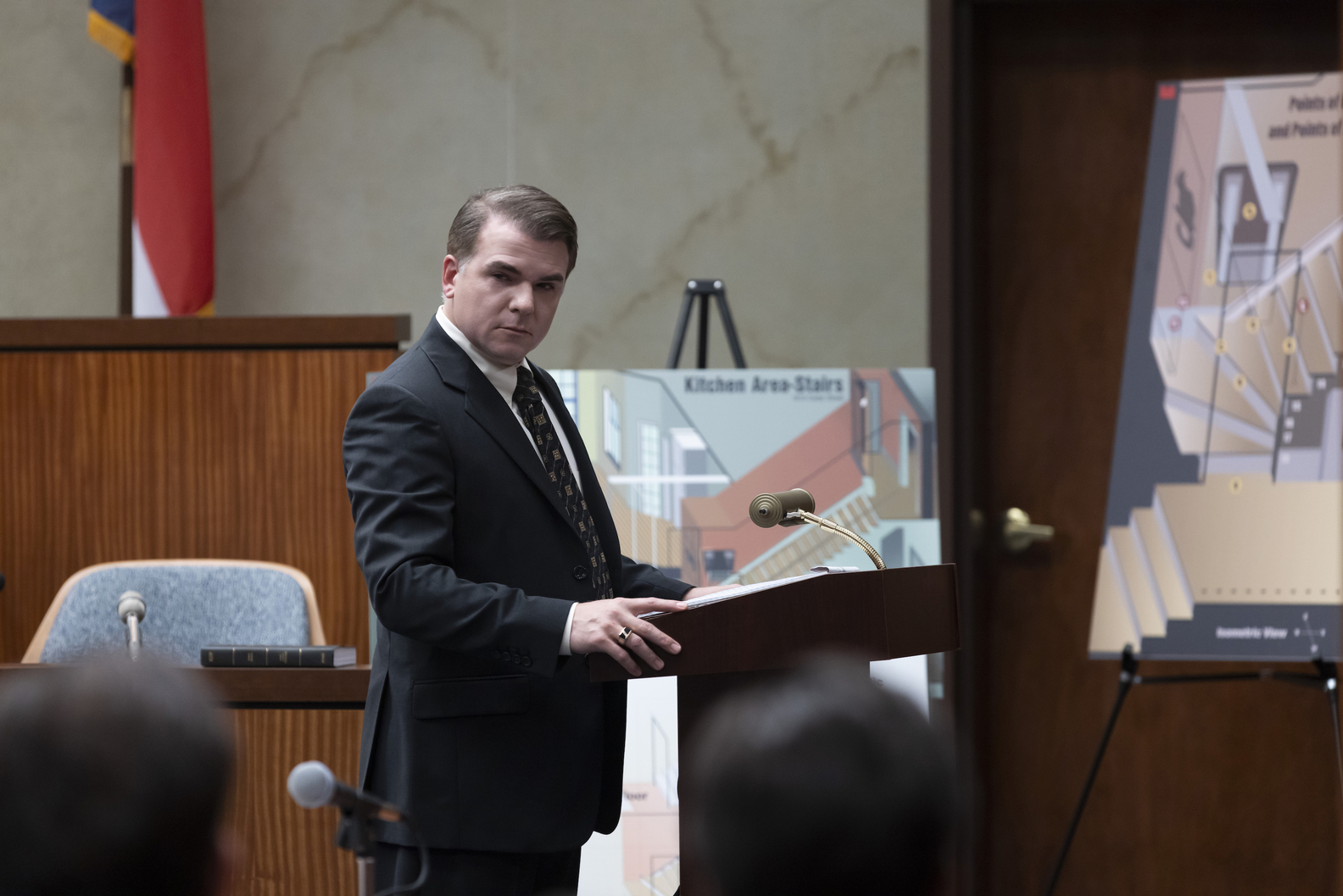 We were joined on the Popternative show by Cullen Moss who plays North Carolina District Attorney Jim Hardin in the Emmy-nominated, HBO Max Original limited series The Staircase. The eight-episode series, which premiered on May 5 is created by Antonio Campos (The Devil All the Time) and stars Colin Firth and Toni Collette. Inspired by a true story, The Staircase explores the life of Michael Peterson (Firth), his North Carolina family, and the suspicious death of his wife, Kathleen Peterson (Collette).

Cullen’s role as District Attorney Jim Hardin focuses on questioning each detail of the case and examining theories in order to reach justice. In our interview, we asked Cullen about working on a true crime series and the popularity of it. “I think it stands out in its tone, I don’t think it’s a run-of-the-mill true crime story,” he says.

Watch the full interview with Cullen Moss below.

The Staircase is now streaming on HBO Max.